Two albums created quite a stir, sparking a nearly 30-minute battle that ended with a result of €8,128,000. 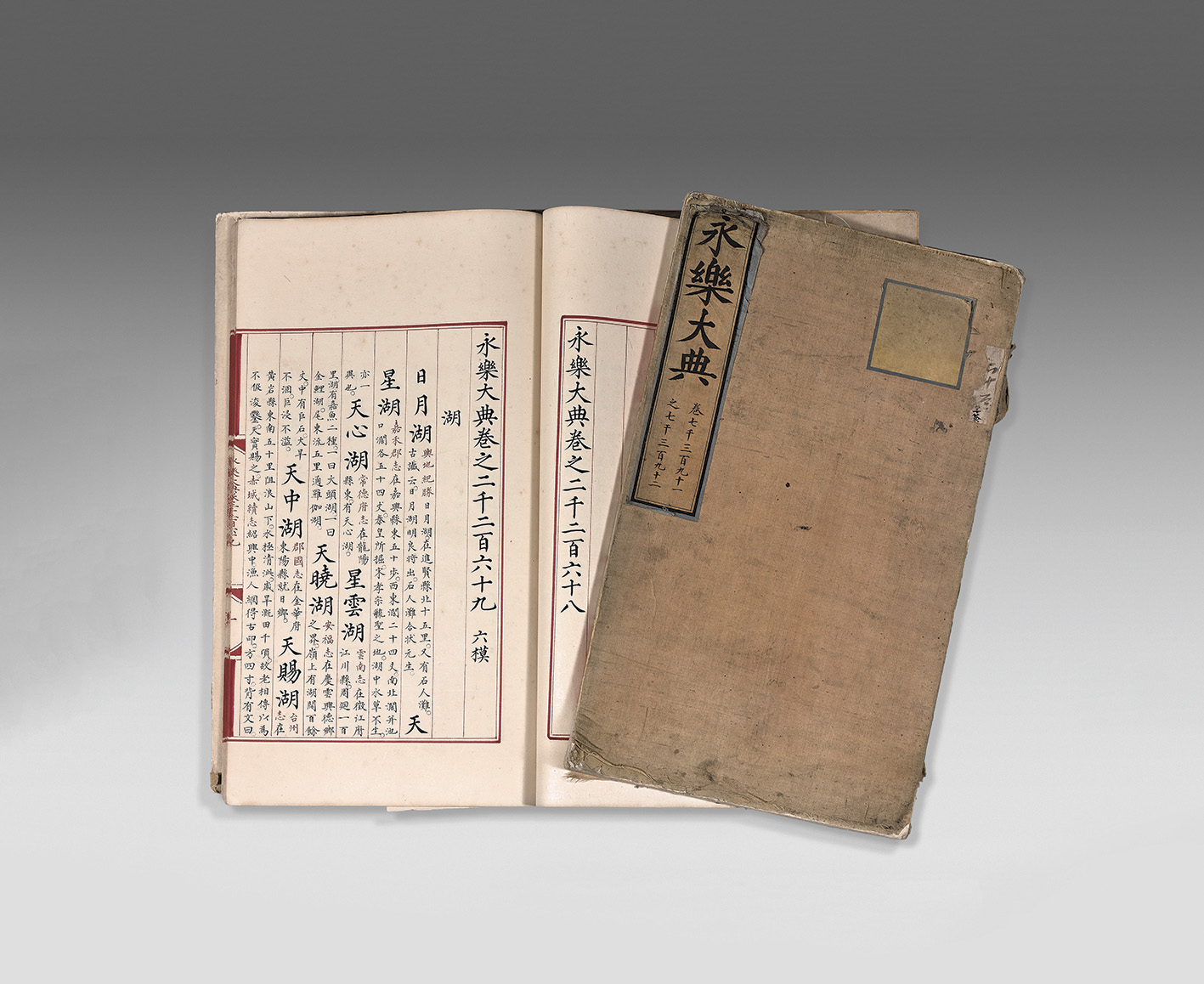 Two albums from the Yongle Dadian, also called The Great Canon of the Yongle Period, achieved the year’s highest bid at Drouot: €8,128,000. One of them is devoted to the geography of China’s lakes, the other to funerary rites. Admittedly, they do not look like much and their estimate was low, but they are considered national treasures in China. The Yongle Dadian was once the world’s largest encyclopedia. Over 2,000 scholars toiling under the supervision of Emperor Yongle (1360-1424), the Ming dynasty’s third ruler, who commissioned the work, copied it between 1404 and 1408. The goal was to compile all the knowledge in the world, which makes the Yongle Dadian one of the first works of its kind. Spanning a wide range of subjects, from agriculture to the arts, religion, technology and astronomy, it originally included 22,877 handwritten volumes – enough to fill an estimated 40m3. The original was lost to wars, pillaging and fires during the Ming period. Thankfully, in 1562, near the end of his reign, Jiajing (1507-1567) ordered two copies made. Of those copies, just 400 volumes are known to still exist in the world: barely 4% of the original total. That explains the interest in these two albums – and their result.

Beaussant Lefèvre
Info and sales conditions
Catalogue
Salerooms
Newsfeed
See all news
Digging in a Citrus Grove, Mexican Farmers Uncovered a Rare Statue
Israeli Authorities Seize Thousands of Stolen Artifacts
Kanitra Fletcher is the US National Gallery’s First-Ever Curator of African American Art
Street Artist Futura is Suing the North Face for Trademark Infringement
Not to be missed
Lots sold
A Masterpiece by an Apprentice
This type of strongbox was made by an apprentice seeking admittance…
Lots sold
Magritte High on the List
The Belgian master cultivated mystery, making play with different…
Lots sold
Martiros Saryan on Armenian Soil
A painting by Martiros Saryan resonates like a paean to a beloved…
Lots sold
Juan Gris, Trailblazer
This painting features all of the Cubist master’s qualities and…