A Vase with a Decidedly Protective Shape

The surprise in this Asian art sale came from a blue and white porcelain vase shaped like a garlic clove. 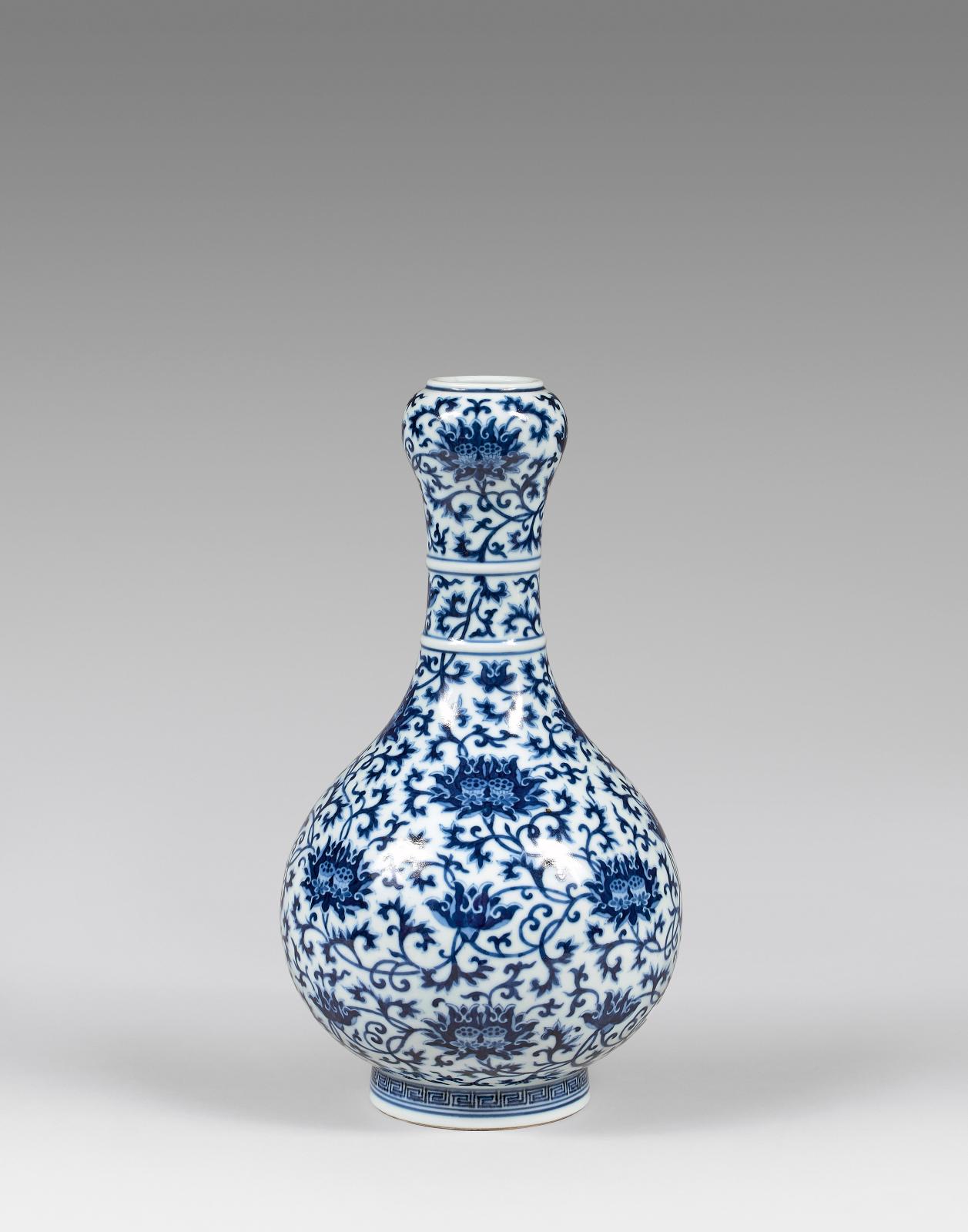 China, porcelain vase in the form of a suantouping (garlic clove) decorated in blue under a glaze of lotus flowers with their foliage, apocryphal mark of Qianlong, h. 29.3 cm.
Result: €698,500

In Western folk culture, garlic is a protective agent with the power to ward off evil. It will now be synonymous with another benefit thanks to the €698,500 paid for this Chinese vase bearing an apocryphal mark of Qianlong (1735-1795) whose shape, called suantouping, evokes this bulb highly appreciated in cooking. Garlic arrived in Europe from China by way of the Middle East and ancient Egypt before crossing the Mediterranean and spreading across the continent. Despite its elegance and carefully arranged decoration under a glaze of lotus flowers, nothing suggested that this vase would achieve such a high price, except the Chinese craze for historical pieces that could be associated with an emperor.

ARCHÉOLOGIE - ART D'ASIE
Beaussant Lefèvre
Info and sales conditions
Catalogue
Salerooms
Newsfeed
See all news
French Culture Budget Increases by 7.5 Percent
€840M Collected for the Reconstruction of Notre-Dame
FIAC Announces its Artistic Program
1:54 Contemporary African Art Fair, Ready for a 9th Edition
Not to be missed
Lots sold
From the Living Room to the Bedroom: Cannes-Style El…
The sale of the entire stock of furniture from a château in the…
Lots sold
The Art of Fin-de-Siècle Jewelry
In Lyon, two imposing necklaces conjured up the balls and evening…
Lots sold
Impressive Dutch Style Marquetry and an 18th-Century…
In Lorraine, the contents of a very fine residence set off to new…
Lots sold
Valtat: The Virtuoso of Color
The painter, famous for his vivid landscapes, was celebrated through…