At this new sale in the Aristophil collection series, the poet's reflections on sentiment about nature were as captivating as Les Fleurs du mal (Flowers of Evil). 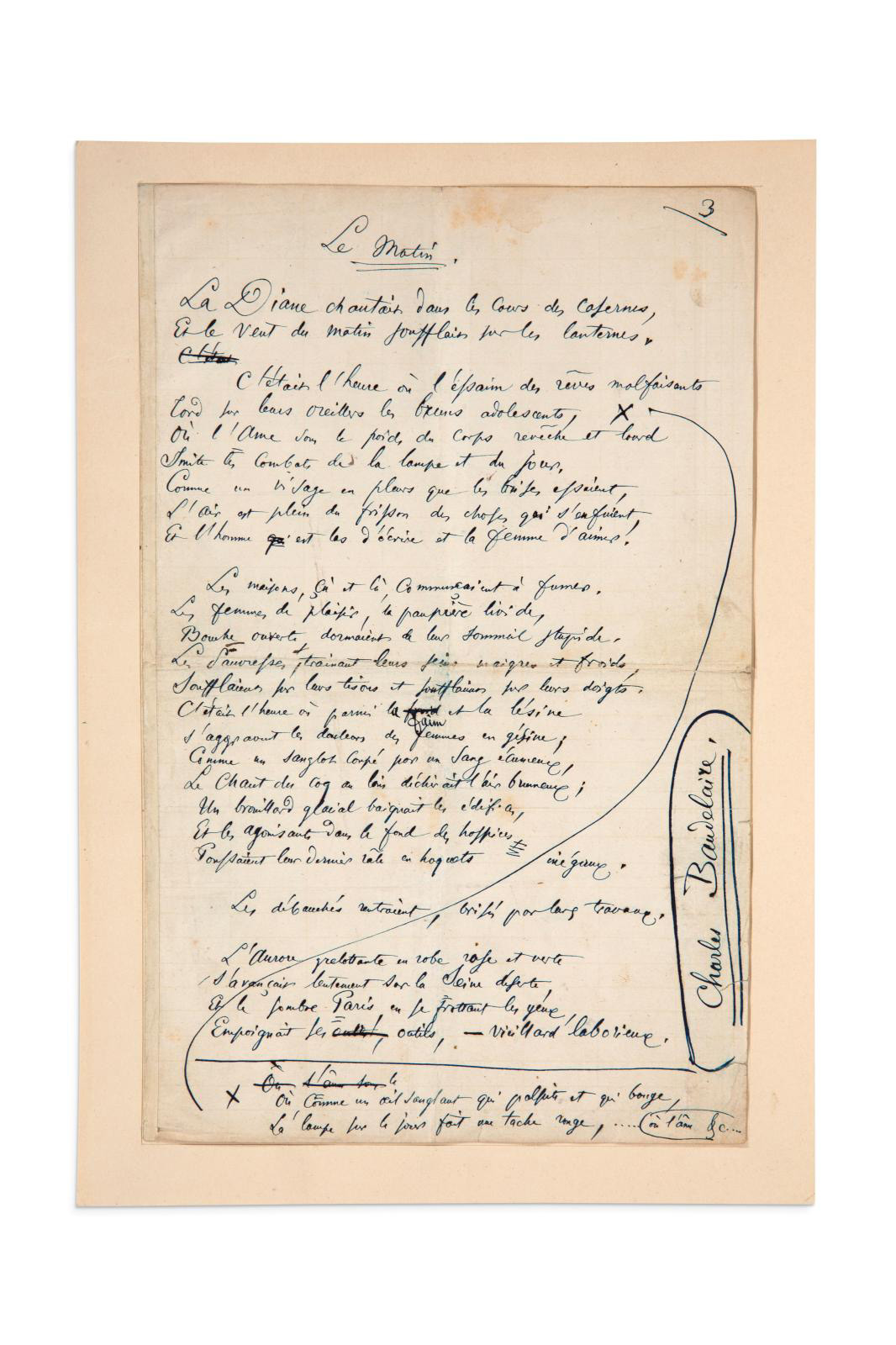 Dedicated to 19th and 20th-century writers, this Aristophil sale put the spotlight on Charles Baudelaire. With a high estimate of €25,000, these three sheets finally flew up to €260,000, borne aloft by the exalted pen of a poet who refused to "get emotional about plants." Fernand Desnoyers (literary critic, editor of Le Polichinelle and founder of the Parisian Almanac) asked him to participate in a volume paying tribute to Claude-François Denecourt, a former military officer and author of the first guidebooks on the forest of Fontainebleau. In this letter, Baudelaire responded with a protest against the sentimental admiration of nature, "this singular new religion"  he despised, being far more concerned by tormented souls lost in an increasingly industrialized Paris than by the pretty countryside of the suburbs. Under this letter, he wrote the poems "Le Crépuscule du soir" and "Le Crépuscule du matin", published in the "Spleen et Idéal" section of the original 1857 edition of Les Fleurs du mal. This one, embellished with a portrait of Baudelaire by Bracquemond, complete with the six banned pieces and annotated with four corrections by the poet, sold for €115,353 after a high estimate of €15,000. The author dedicated it to his translator friend André de Goy.

There was a change of style with Max Jacob's Chronique des temps héroïques (Chronicle of Heroic Times), published by Louis Broder in 1956. This octavo volume, printed especially for the publisher on Japan paper, garnered €92,250. Its illustrations by Picasso include a drawing of French poet, painter and critic Max Jacob writing. Marcel Proust was also present, with €78,000 going to his 25 letters to Mrs. Williams and her husband, his neighbors in Boulevard Haussmann. The author of Remembrance of Things Past mentions his characters Swann and Charlus, and also friends of his who died at the front. Meanwhile, René Char's correspondence found no takers.