From Imperial China to Coypel’s Jerusalem

Chinese porcelain vied with a work by a French master for first place in this prestigious, resoundingly successful sale, which also included items by Jouve and Dalí. 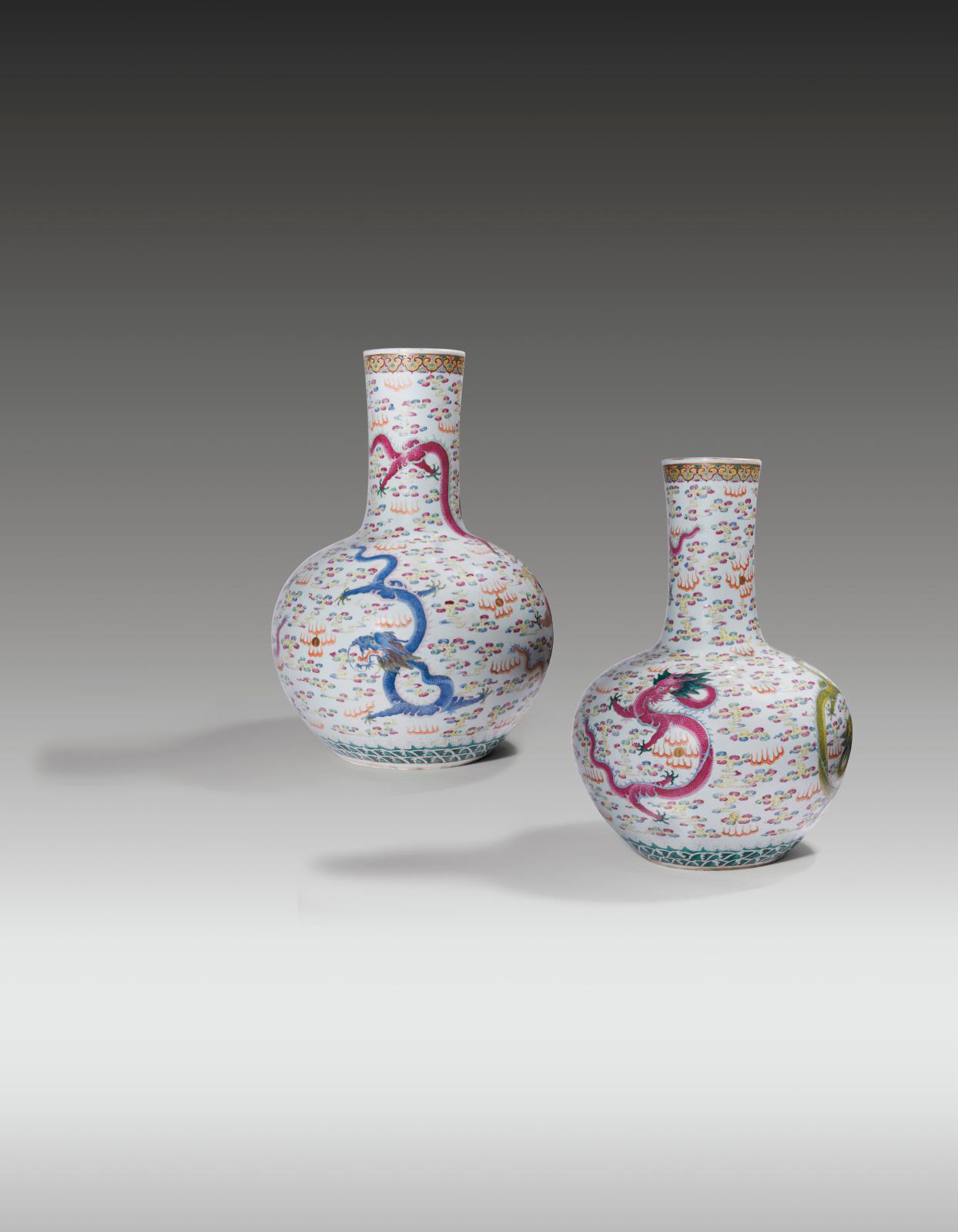 This good-sized (56.5 cm, or approximately 22.25 in, high) pair of “Tianqiuping” (“celestial sphere”) vases from the Guangxu period (1875-1908) fetched €92,250. Their globular body, surmounted by a tubular neck, features an imperial décor of clawed dragons moving amidst flaming pearls and clouds. A six-character “Guangxu” mark on the base confirms the period. Next, a moving painting from the Louis XV period, Charles Antoine Coypel’s La Mise au Tombeau (The Entombment), sold for €67,650. It was a preparatory sketch for an altarpiece in Saint-Nicolas du Louvre collegiate church (located between place du Carrousel and the Seine side of the Tuileries Gardens, razed before the Revolution). François Joullain engraved the composition after 1734, but with variations, this reproduction perhaps being situated somewhere between the sketch and the final work. Salvador Dalí’s 1951 watercolor with sepia ink and pencil on cardboard (41.8 x 29.9 cm, approx. 16.46 x 11.8 in) entitled Virgile réconforte Dante (Virgil Comforting Dante) is an illustration of “Hell”, canto II of Dante Alighieri’s Divine Comedy, appearing in the work published by Les Heures claires (1959-1963). It found a buyer at €24,600. Lastly came Georges Jouve’s Forme libre (Free Form), a hanging mirror designed c.1955, with a black enameled ceramic frame (31.8 x 34.9 x 8.5 cm, approx. 12.5 x 13.7 x 3.3 in). Signed Jouve and with the monogram “A.P.” for “Apollo” on the back, it fetched €25,830. 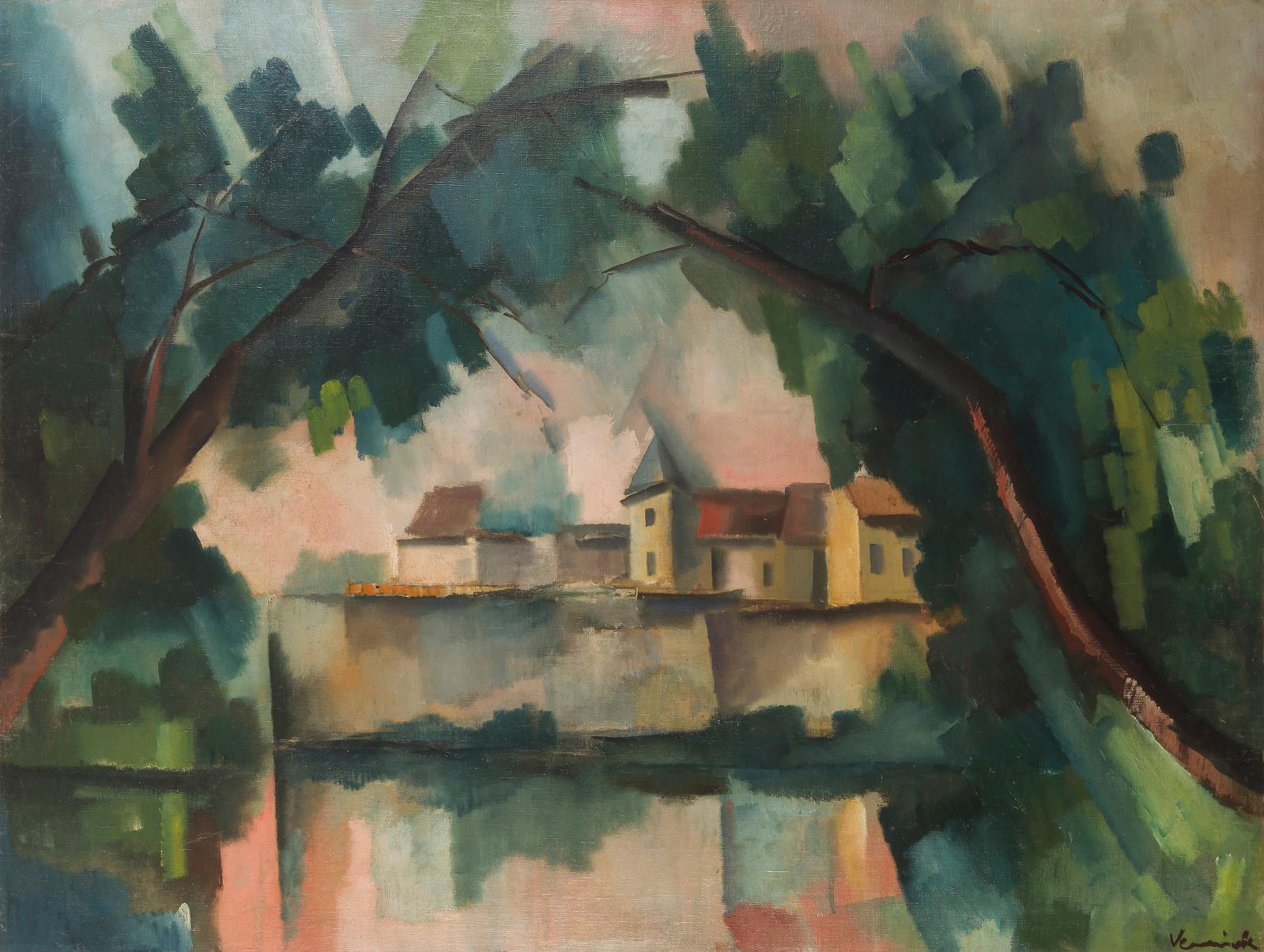 A rare work from Maurice de Vlaminck's Cézanne period, depicting a scene of the painter's beloved banks of the Seine, is coming up for auction n Bordeaux,

Newsfeed
See all news
Louvre Museum Opens Le Studio in October, A Place Dedicated to Exchange
UNESCO Announced the Return of the Gilgamesh Tablet to Iraq This Thursday
"Œuvres Choisies" Exhibition Ushers In the New Auction Season at Drouot
RER C Train Will Transport You to the Paris City Museums
Not to be missed
Lots sold
From the Living Room to the Bedroom: Cannes-Style El…
The sale of the entire stock of furniture from a château in the…
Lots sold
The Art of Fin-de-Siècle Jewelry
In Lyon, two imposing necklaces conjured up the balls and evening…
Lots sold
Impressive Dutch Style Marquetry and an 18th-Century…
In Lorraine, the contents of a very fine residence set off to new…
Lots sold
Valtat: The Virtuoso of Color
The painter, famous for his vivid landscapes, was celebrated through…