Heroic Drawing by Fontaine Goes Back to the Louvre

It is only fitting that this work by Pierre-François-Léonard Fontaine has returned to the museum for which it was made: the Louvre. 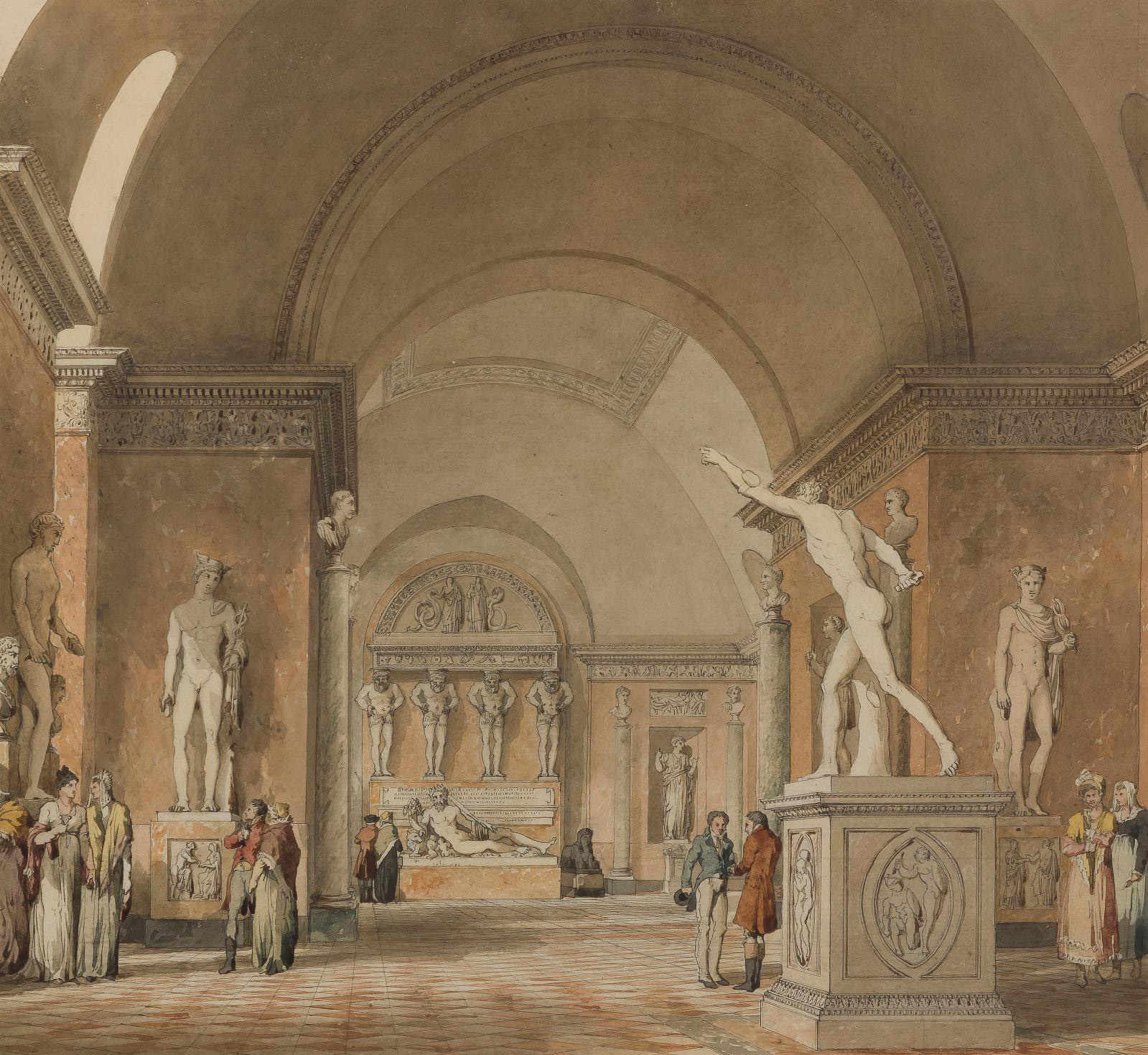 Some acquisitions are more meaningful than others. It was hard to imagine any other destination for this watercolor by Pierre-François-Léonard Fontaine than the Louvre. For €44,800, the museum bought the drawing Fontaine made while redesigning its rooms with Charles Percier (1764–1838). The purchase makes up for the disappointing result of the artist’s album featuring views of Italy.

When Napoleon was deposed in 1815, the "Room of the Fighting Hero and the Tiber", located in the Melpomene Gallery extension built in 1808, was only partially open. After the Congress of Vienna, the sculptural works Napoleon looted were returned to their rightful places. Visconti, the museum’s curator, commissioned Fontaine, who was still the palace architect, to redesign the empty spaces they left behind. The room in its new configuration opened in 1817 under Louis XVIII.

In the right foreground is the famous Borghese Gladiator, a Greek sculpture found in 1611 and the jewel in the crown of the namesake collection, which Napoleon purchased from his brother-in-law in 1807. Fontaine made at least two more watercolors showing rooms of ancient sculpture: L'Ancienne Salle de l'Apollon du Belvédère (The Former Apollo Belvedere Room) and Vue de la salle des Empereurs romains et du grand vestibule (View of the Roman Emperors’ Room and the Great Vestibule). This drawing will join Percier’s Vue de la galerie de Melpomène (View of the Melpomene Gallery), which is already in the Louvre.