Camille Claudel made this emotional portrait just after losing her child and renouncing motherhood. 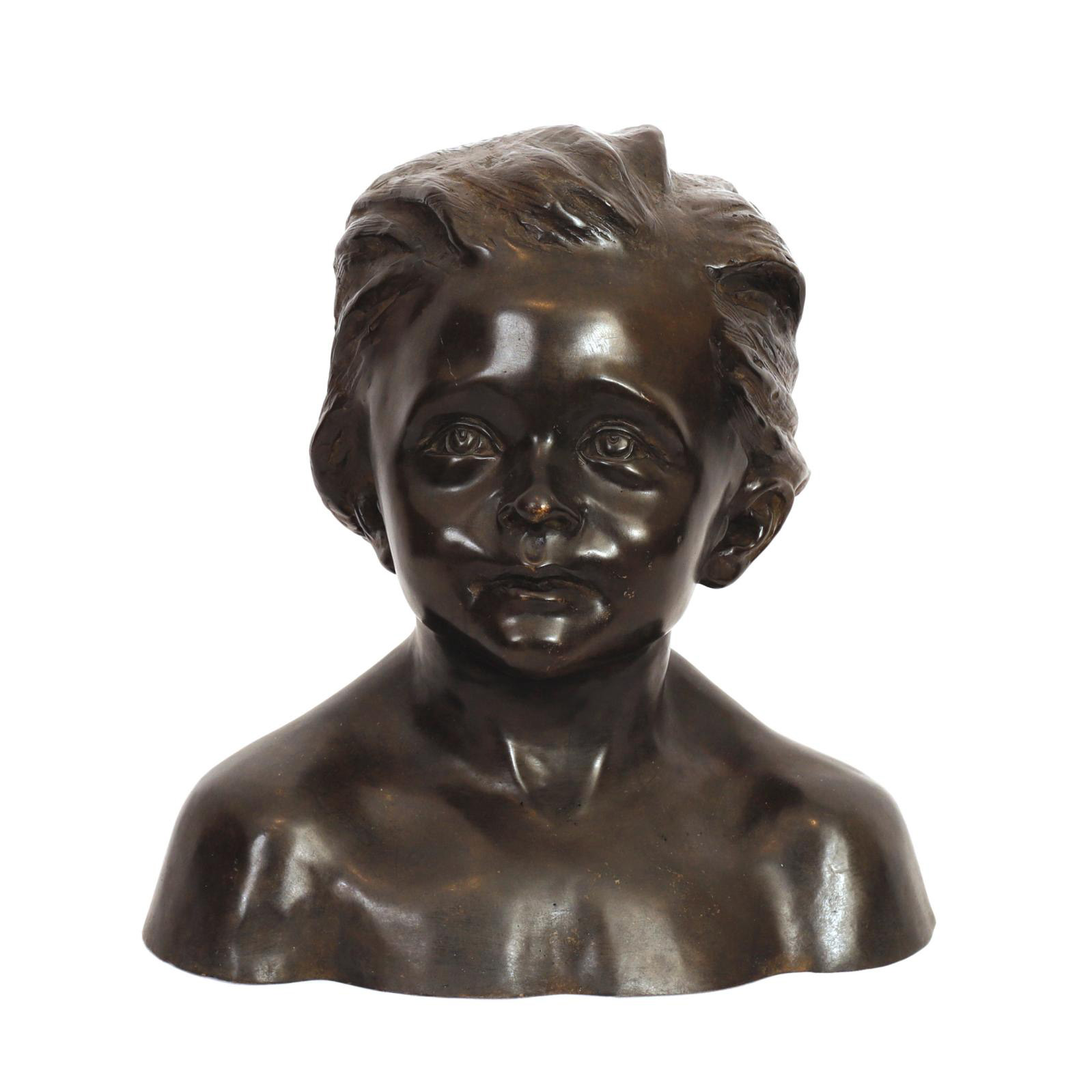 Camille Claudel presented this sculpture in 1894, first at La Libre esthétique ("The Free Aesthetics", an artistic society founded in 1893) in Brussels under the title of Contemplation, then at the Société nationale des beaux-arts exhibition in Paris as Portrait d'une petite chatelaine (Portrait of a Little Chatelaine). The second, bronze version quickly found buyers. Alphonse de Rothschild bought a copy cast by Gruet in 1895, which he gave to the museum in Beaufort-en-Vallée the following year. Claudel also made plaster casts of the work, of which two have been located, one in Norwegian painter Fritz Thaulow’s collection, the other in the artist’s family. The posthumous bronze presented in Chantilly was made from the latter. Begun by Delval in 1894, the series features 12 proofs numbered 1 to 8 and HCI to HCIV. On May 19, 2019, another copy cast by Delval fetched €70,000 in Chaville, proving that interest in Claudel’s work still runs high. She could express her feelings better than anyone in her sculptures, especially those of women. The autobiographical hint she gave this creation adds to the excitement about her work. The Little Chatelaine was made c. 1892–1893 at the Château of l'Islette, near the Château of Azay-le-Rideau, which Rodin had rented to house his mistress, who was recovering from a miscarriage. During her convalescence, she sculpted a portrait of Marguerite Boyer, the granddaughter of the château’s owner, Madame Courcelles. The six-year-old had to pose for 72 hours. Claudel worked on it for a year, adopting the model of Italian bust portraits and giving the child’s face, as she usually did, a vibrant naturalism: her gaze is innocent and fervent at once. The technical mastery is stunning. The skin is truer than life, thanks in particular to polishing with sheep bone, and the hair looks ethereal. This work also marked the start of Claudel’s artistic independence from Rodin.