This red chalk drawing by Charles-Joseph Natoire (1700-1777), a renowned Rococo painter and the teacher of Jean-Baptiste Greuze (1725-1805), displays all his talent as a draftsman. 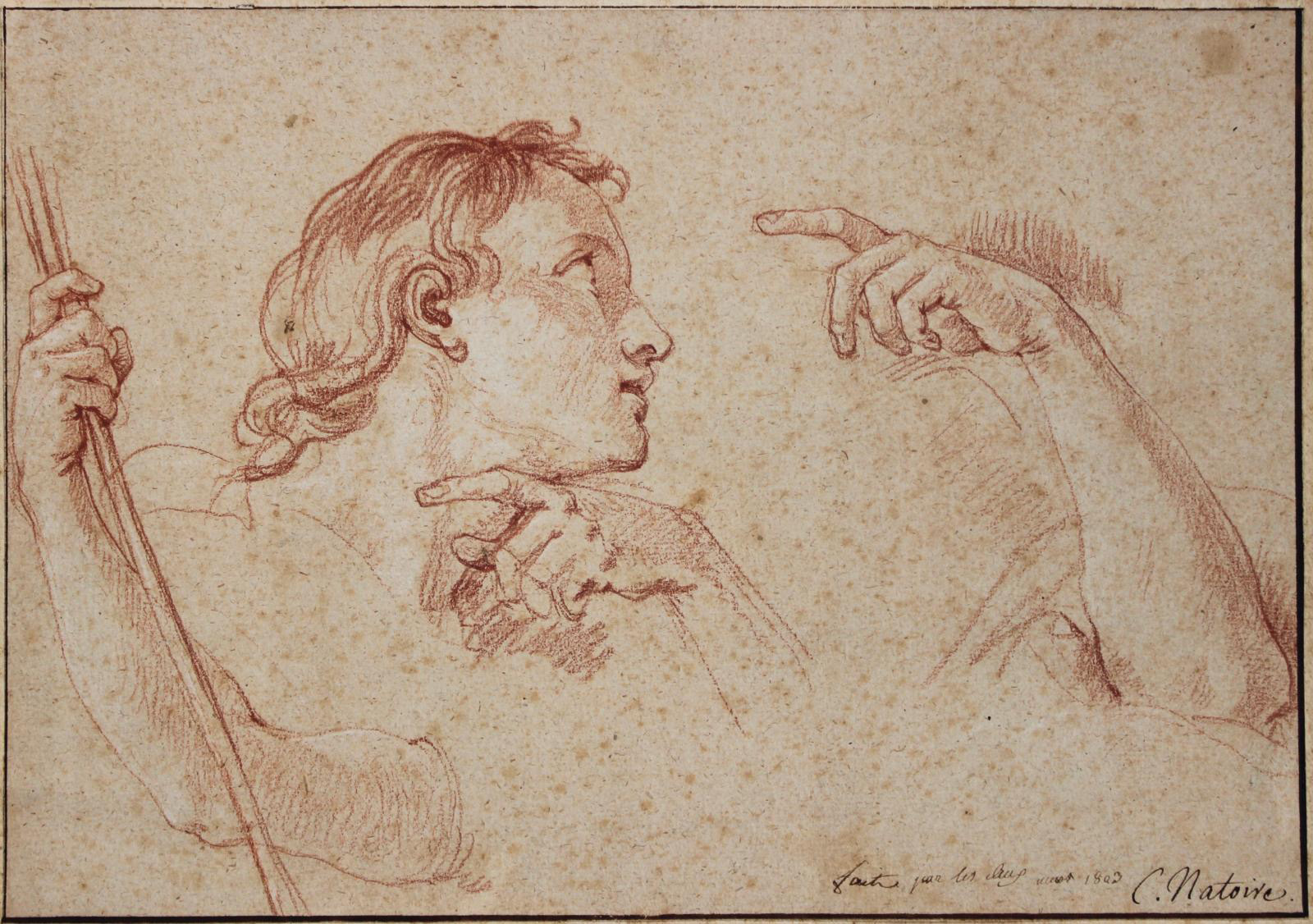 Known since antiquity, red chalk came into wider use during the Renaissance. Its ability to render volumes and shadows captured the attention of 18th-century artists, especially portraitists seeking to breathe life into their models. In this study, Natoire sought to depict Adonis of Greek mythology, his expressions and his movements as accurately as possible. Adonis is one of the protagonists in his 1740-1745 painting Vénus et Adonis (Venus and Adonis), today in the musée des beaux-arts in Nîmes and reproduced in Susanna Caviglia-Brunel’s book on the artist (Arthena, 2012).

At the time, Natoire was at the peak of his career. A pupil of François Lemoyne (1688-1737) who had won the Premier Prix de Rome in 1721, Natoire became an academician in 1734 thanks to Vénus commandant des armes à Vulcain (Venus Ordering Arms from Vulcan, musée Montpellier), which paved the way for a string of commissions, including large-scale decorative projects for the French king, aristocrats and the bourgeoisie. The Hôtel de Soubise on the rue des Francs-Bourgeois in Paris features his famous series on the "History of Psyche". In 1751, Natoire’s talent as a decorator and draftsman earned him the directorship of the Académie de France in Rome. In Italy, he stopped painting in order to draw the natural, spontaneous landscapes that inspired Hubert Robert.

Prestige Sale
Chantilly - 4, avenue Bourbon - 60500
Hôtel des Ventes de Chantilly Oise enchères
Info and sales conditions
Catalogue
Newsfeed
See all news
David Hockney’s Design for the London Subway Is Mocked Mercilessly Online
Mixed-Media Artist Robert Longo to be Represented by Pace Gallery after Metro Pictures Closure
Submissions Open at ETH Zurich for Scholarly and Experimental Articles
Latinx Art Expert E. Carmen Ramos is Appointed National Gallery of Art’s Chief Curator
Not to be missed
Pre-sale
Love Through the Eyes of Boucher and Watteau
The top results of this classic sale could be posted in the early…
Pre-sale
Cartier's "Mystery Clock"
This monumental Art Deco timepiece in rock crystal, onyx and marble,…
Pre-sale
The Style of French Architect Charles Percier
One of Charles Percier's earliest drawings, which he made in Rome…
Pre-sale
Into Outer Space with Kuramata
t his Solaris cabinet with an airy base again proves that lightness…