Impressions of the sun filled Mediterranean

Marquet, Renoir, Derain, Valtat, Camoin, César and Picasso: all these artists appearing in this sale had the same special bond with the South of France and the Mediterranean. 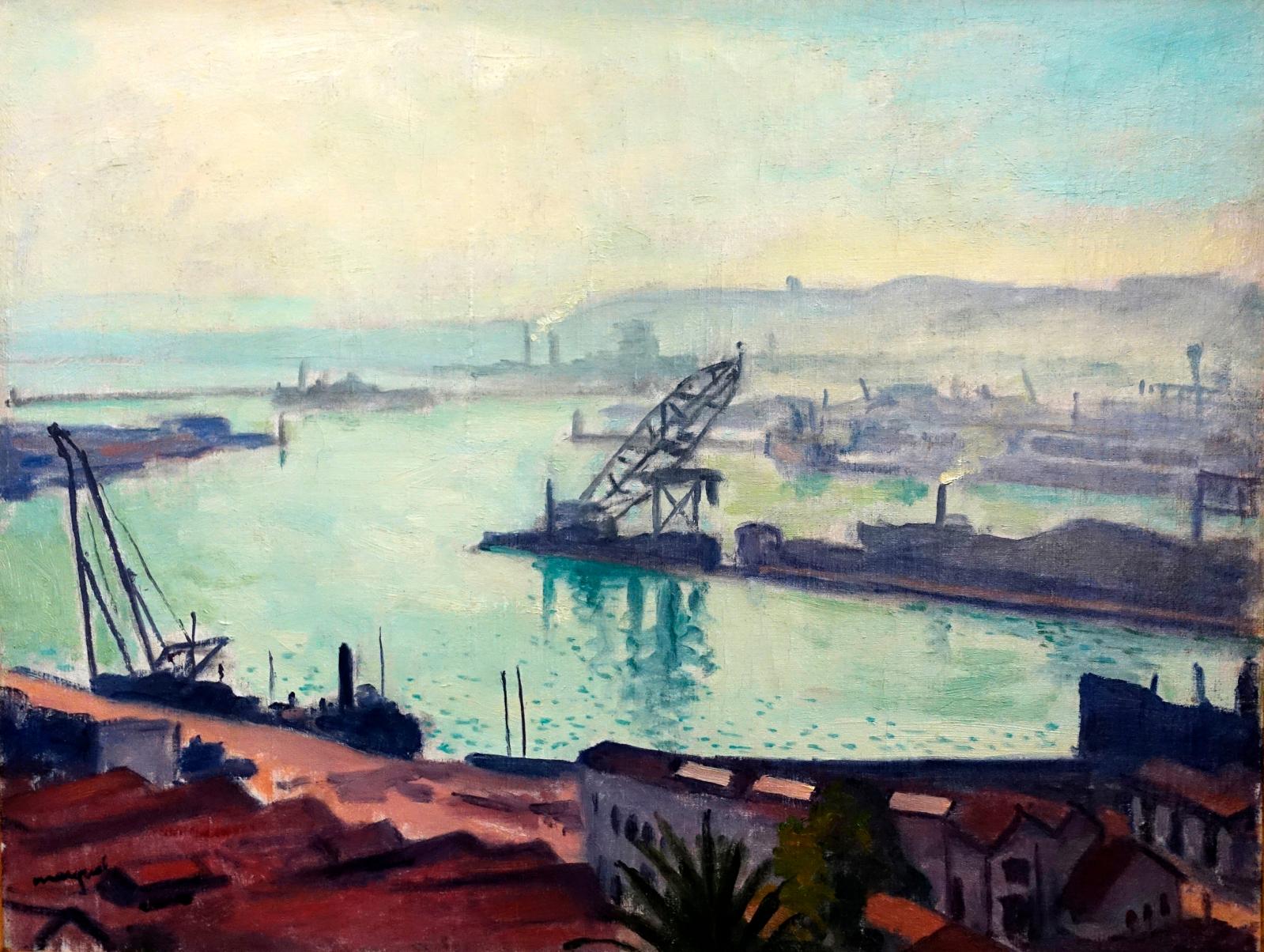 From the end of the 19th century, Provence, the play on sunlight on the sea and the dazzling colors of the Côte d’Azur influenced a great many modern painters. Albert Marquet was one of them, especially since the sea had always been an inspiration to him. The ever-changing water was thus naturally propitious to his eminently Impressionistic approach to movement and changing colors. As with this view of the port of Algiers, Marquet focused on a perfectly ordered composition and above all a reduced palette of white, grey, green and pink. The commanding view provides a panoramic sweep where forms are reduced to the essential. Though Marquet was more familiar with the Atlantic to begin with, his friends introduced him to the Mediterranean – including Henri Manguin, who invited him in 1905 to Saint-Tropez, a town where he and Charles Camoin also went to stay with Signac. During a visit to Algiers in 1920, the painter met Marcelle Martinet (1892-1984), a Pied-noir born in Boufarik and a woman of considerable culture, who acted as his guide before he married her three years later. She taught him to love Algeria, where they spent their winters and the entire period of the Second World War. The painting presented in fact dates from this time. "Marquet knew that I was deeply attached to my country, and that there were endless subjects for him to paint, said Marcelle.

tableaux modernes et contemporains, sculptures, bronzes
Sanilhac-Sagriès - Château de Sanilhac, place du Château - 30700
Etude de Provence
Info and sales conditions
Newsfeed
See all news
Due to the summer holidays there will be a pause in the newsfeed. We will be back Monday, August 24th. Have a wonderful summer vacation!
Met Museum in New York acquires Wangechi Mutu sculptures
US House of Representatives vote to create a national museum dedicated to Latin Americans
Church volunteer confesses to starting the Nantes Cathedral fire
Not to be missed
Pre-sale
Figurative art from van Goyen to Combas and the inescapable…
This 1955 work by Bernard Buffet belongs to a series of around 10…
Pre-sale
Henri Lebasque, painting the zest for life
His soft, nuanced palette captures moments of simple happiness on…
Pre-sale
The Gilles Labrosse collection: fashion throughout the…
Amassed by an impassioned enthusiast, one of the largest private…
Pre-sale
Achille Laugé: Cailhau in perspective
Found during an inventory carried out for an estate in the Var,…