The thistle was one of Emile Gallé’s favorite themes. That should come as no surprise: it is the symbol of Lorraine, the same region as the leader of Art Nouveau’s Nancy School. 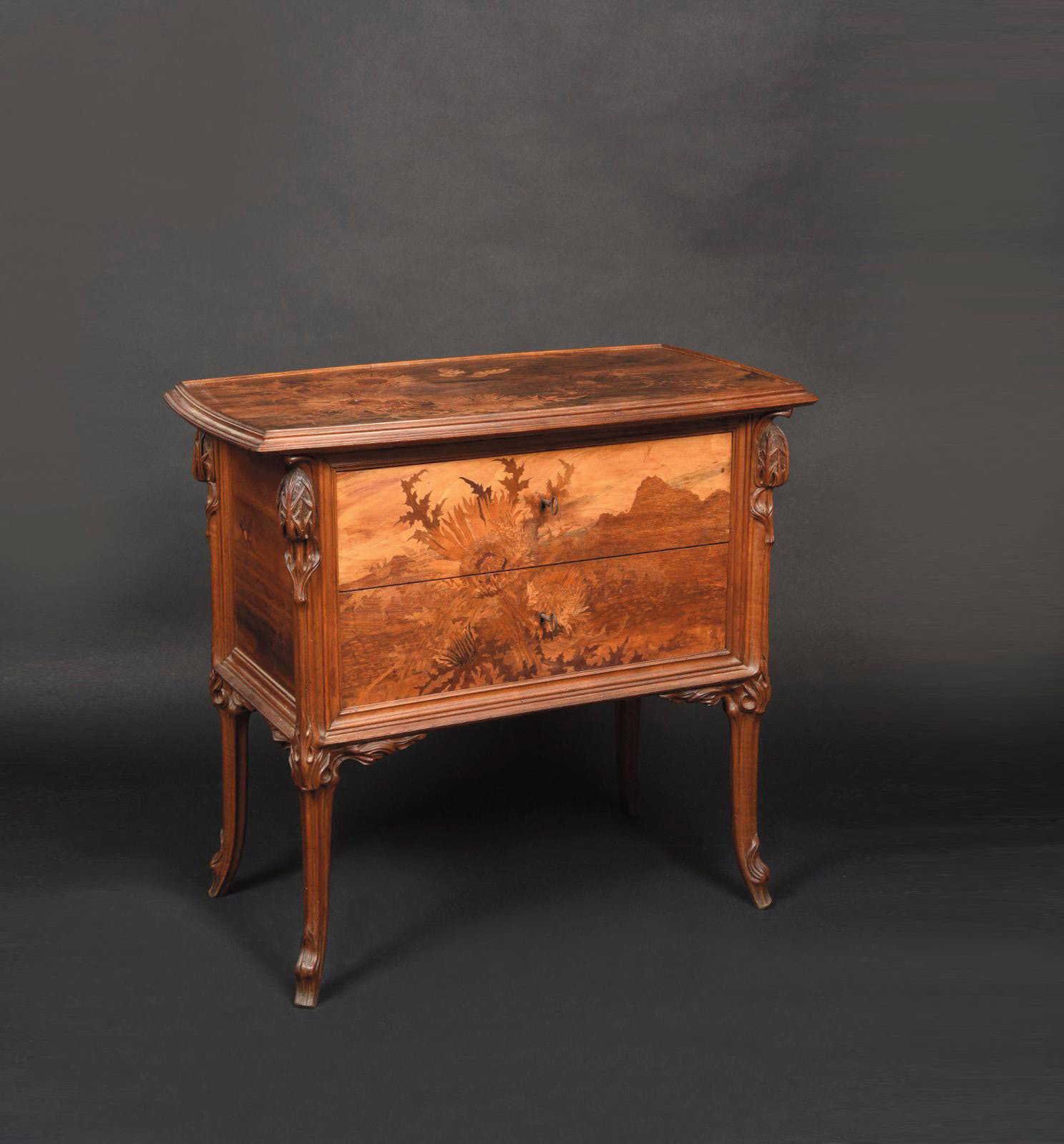 "My roots lie deep in the woods," read the inscription above the front door of Émile Gallé's studio. The decorator, glass artist and cabinetmaker remained true to that motto throughout his career. Inspired by nature, he loved trees so much that he owned nearly 600 different kinds of them. A trained glassmaker, Gallé took over his father’s factory in Nancy in the early 1870s before opening a cabinet-making workshop in 1885. A few years earlier, he had made the display cases for his glassware himself. Gallé was intent on not only exploring all the arts, but also renewing them. He may not have had the same training as Louis Majorelle, but made up for it with a boundless imagination. He devised highly original patterns and marquetry, collaborating with several cabinetmakers, such as Victor Prouvé and Louis Hestaux, as well as with marquetry craftsmen, sculptors, painters and designers, who all worked in his workshops.

Lorraine’s nature, flora and fauna were Gallé’s main sources of inspiration. One of his favorite themes was the thistle, a thorny plant that grows just about everywhere alongside paths, sprouting wherever the wind carries its seeds. It is also featured on the emblem of the city of Nancy. The first time Gallé used this motif was for his famous Rhine table, which evoked the loss of Alsace and Loraine in 1871 and appeared at the 1889 Universal Exposition in Paris. It was still in the neo-Renaissance style. Made about 1900, our commode, with plants enhancing the lines without overrunning them, is Art Nouveau, which Gallé embraced late in his career. All the panels are inlaid with thistles and a butterfly on the top. Based on Japanese art, the thoroughly innovative layout is characterized by asymmetrical composition and a lack of perspective.