Following on from Jan Davidsz de Heem, Joris Van Son specialised in pronkstilleven: a highly ornamental still life genre that emerged in Antwerp in the 1640s, depicting luxury objects as well as various fruits and sometimes living creatures or animals. 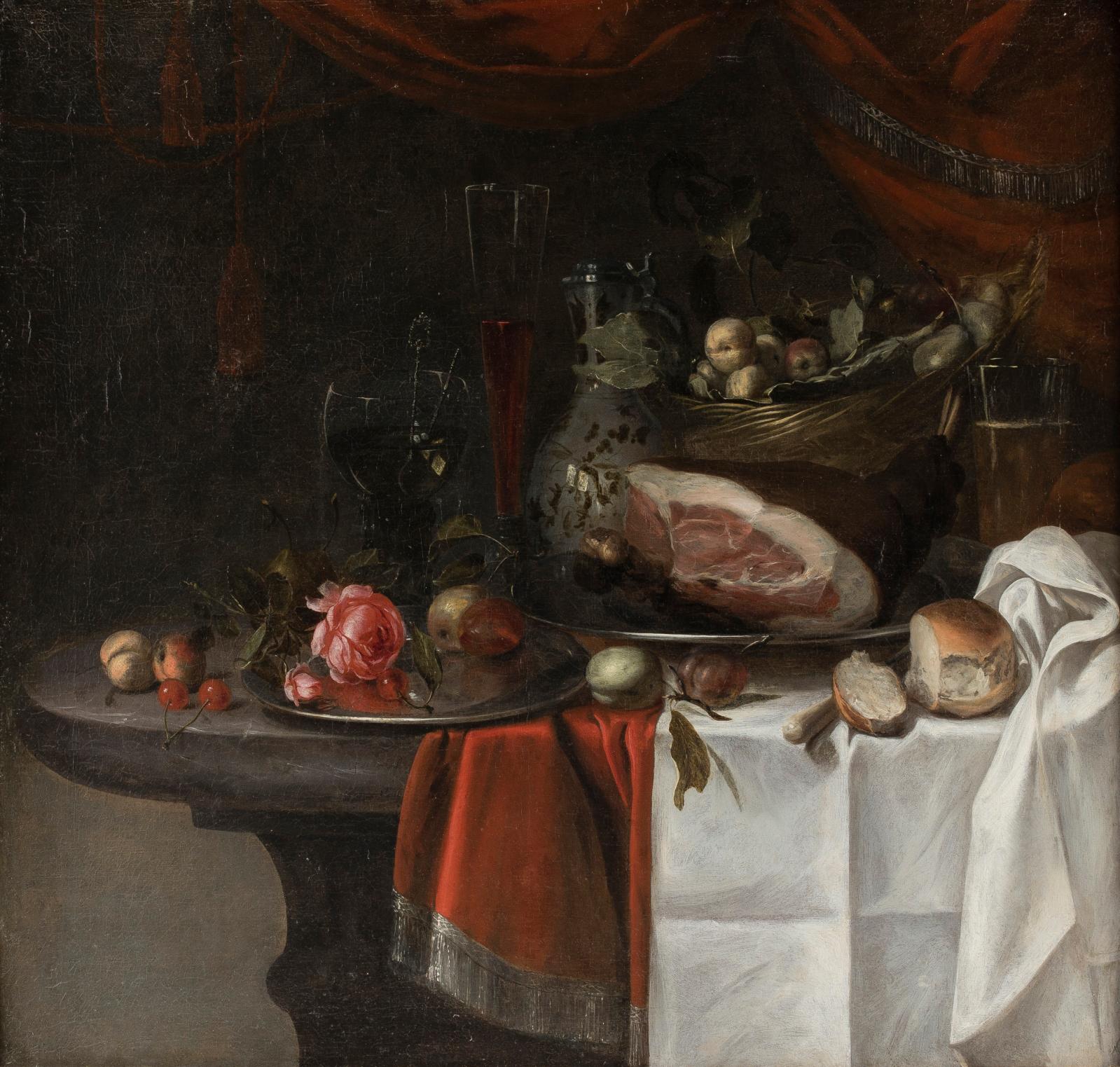 Born in Antwerp, Joris Van Son became a master of St Luke's Guild in around 1643. We know nothing about his studies, but his style is similar to that of the Dutch artist Jan Davidsz de Heem, who lived in the Flemish city during the 1630s. Although he died relatively young at 44, he had a brilliant career and his works were much sought-after by collectors, like the painter Victor Wolfvoet and the dealer Geraert Van Dorth. Although distinctly ostentatious, his still lifes can also be seen as vanities conveying a moral message through various highly symbolic objects. For example, in this work, alongside porcelains imported from the other end of the world and glassware celebrating the skills of Flemish glassmakers, we see a rose placed in the foreground and a half-eaten ham, reminding us of the transience of life and its pleasures. Other items evoke the life of Christ, like the cherries (fruit found only on the tables of the wealthy in the 17th century) symbolising the blood of Christ, and the broken bread, associated with the Eucharist and charity.