Eugène Printz: A Prince of Art Deco in Casablanca

This collection, unprecedented on the market, was crafted by Eugène Printz in the 1930s for a villa in Casablanca and is part of a sale spotlighting 20th century decorative arts. 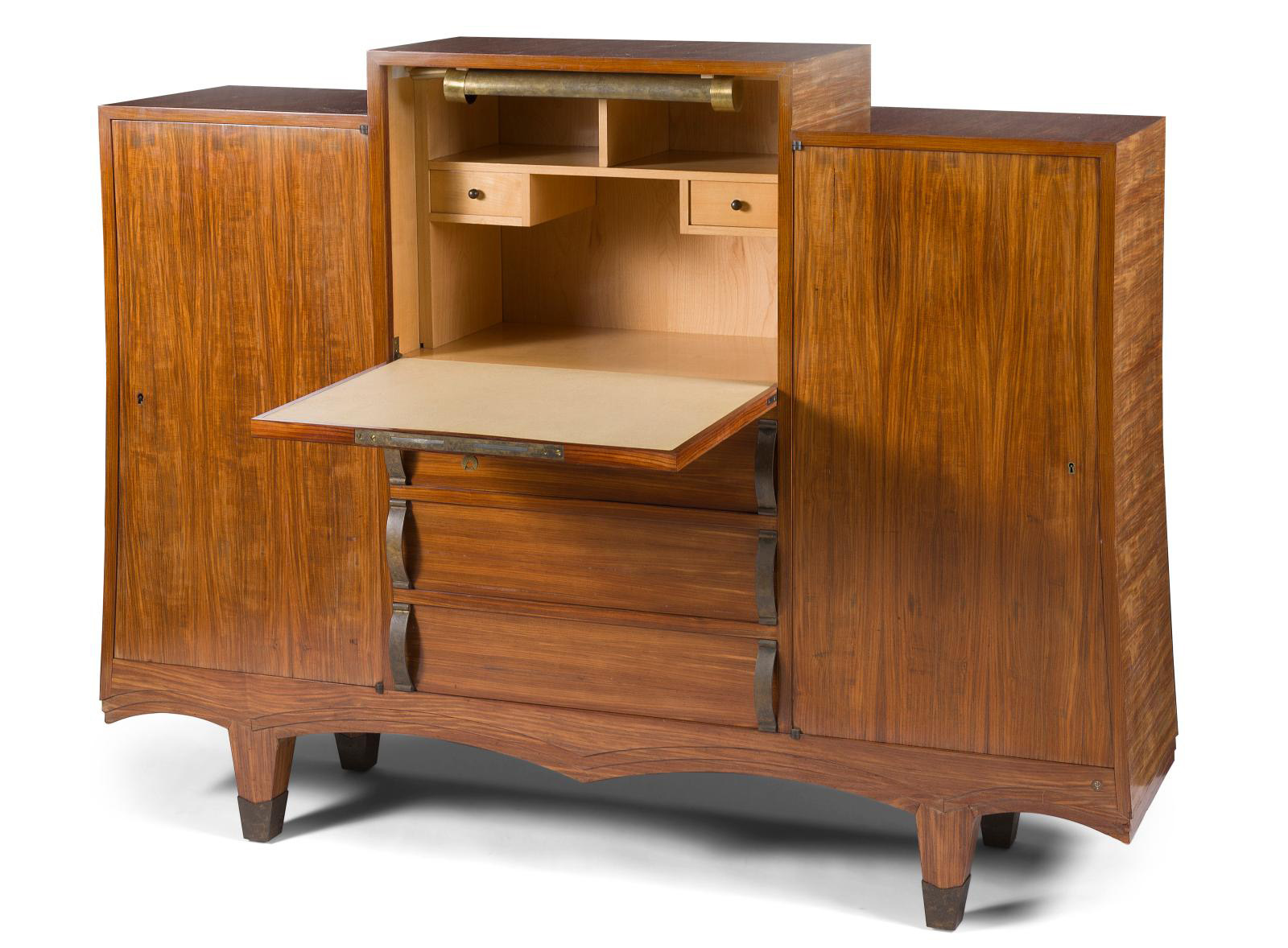 This is not the first time that Eugène Printz pieces have come to us from distant shores. While he’s remained famous for having decorated the Princess de La Tour-d’Auvergne’s apartments in the Château de Grosbois and Jeanne Lanvin’s office in Paris, this suite, crafted in the 1930s for a villa in Casablanca, has reminded us of the master cabinetmaker’s international renown. After the outstanding success of his glass and chrome-plated vanity table at the Salon des Artistes Décorateurs in 1930, Printz succeeded in winning the favor of a wealthy and prestigious clientele. The very next year, the refurbishment of Marshal Lyautey’s study-salon opened the door to commissions from the Mobilier National as well as the City of Paris. His pieces were thus exported to the four corners of the world.

The Shift to Art Deco
We know only very little about the life of Eugène Printz before 1925 when he emerged from obscurity by designing the rotunda with movable partitions and adaptable ceiling in the office/library designed by Pierre Chareau for the French embassy, created as part of the Exposition Internationale des Arts Décoratifs Industriels et Modernes in Paris. This collaboration and prestigious patronage would signify Printz’s conversion to modern furnishings.

In keeping with Chareau, he adopted a refined vocabulary: in this sale, his mahogany writing desk (€1,800/2,500) summarizes his mastery of an understated elegance accompanied by scrolls forming the double legs featuring a patinated brass strut. Behind an appearance of deceptive simplicity, Printz demonstrates his attention to detail, in the play of solids and voids that he works into a quasi-architectural flow: he designed and created the models, even down to the rugs. With a surface of 33.5 m2/360.6 sq ft, the model of the villa, with turquoise and beige triangles and chevrons on a chocolate background (€20,000/30,000)—a photo of which was taken in situ is shown in the catalog—reveals the decorative ensemble with which it harmoniously co-existed. On the wall, the circular mirror (€8,000-12,000/$9,300-13,900) is surrounded by a patinated brass frame, elevated to a noble material.

Furniture as Living Organism
In his rue Saint-Bernard workshop, Printz, a perfect wood technician, created modular pieces that, in his own words, he thought of as “living organisms”. The signature materials of the Art Deco movement, such as palm and violet wood, lend themselves perfectly to this principle. His chair (€1,500/2,000), exhibited in the Salon des Artistes Décorateurs de Paris in 1936, embraced the violet wood that had hitherto been mainly used in marquetry for his modernist lines; the underframe, fitted into the pillar of the seatback, encloses a trapezoidal seat upholstered in natural linen and silk. Also shown at this same salon was the writing desk-cabinet (€8,000/12,000); it too was veneered in violet wood, according to the model held by the Palais de la Porte-Dorée, in the Lyautey Salon, as was the console table which came from this suite, already scattered. The valuable material’s black veins, with their vivid irregularity, extol shapes as audacious as they were sophisticated.

Once again, these pieces with their geometric lines and ingenious combinations bear witness to Eugène Printz’s innovative élan, which would allow him to impress his very personal style upon the world.