Zamoyski, the metaphysics of form 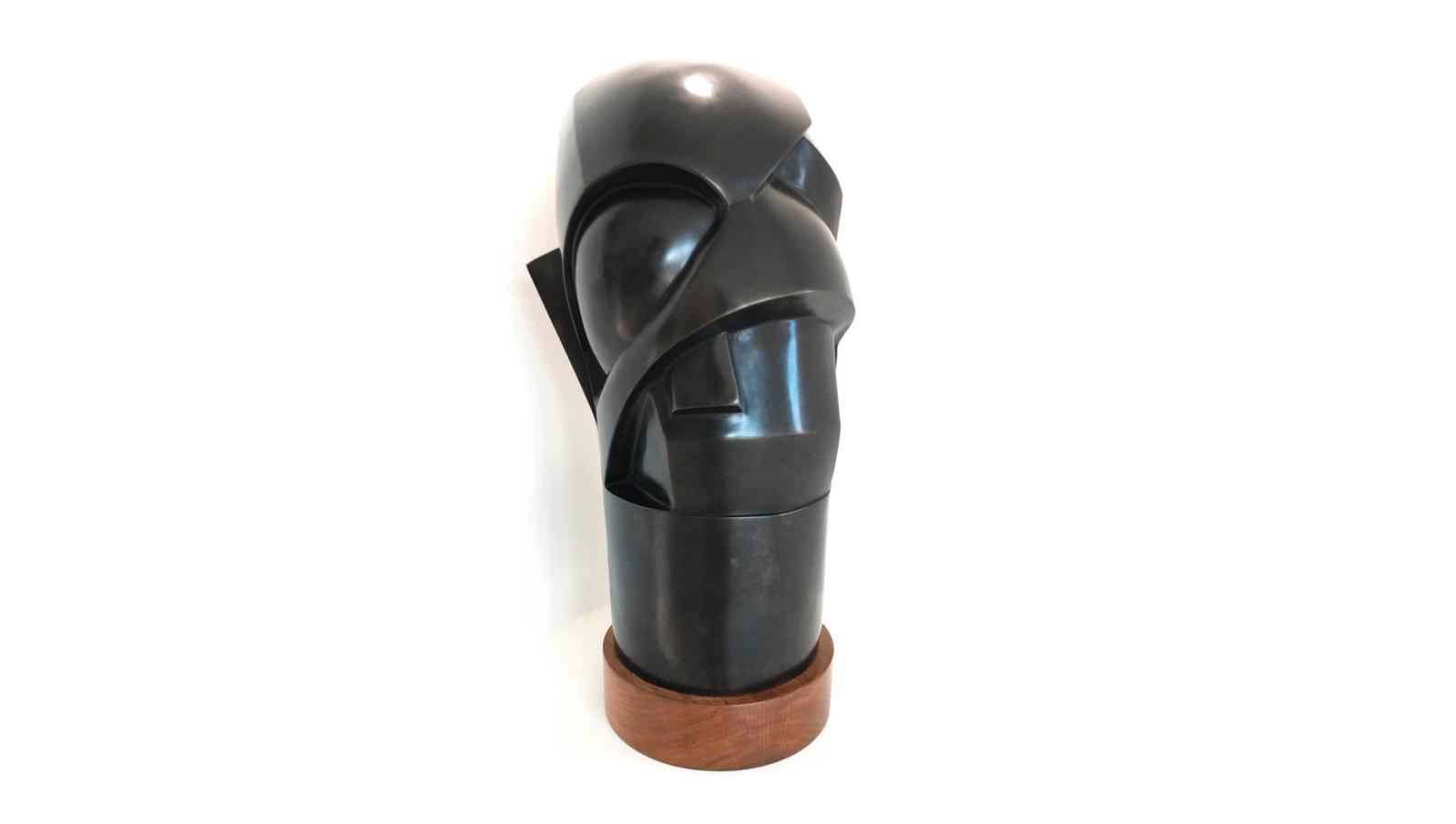 Eschewing conformity, sculptor August Zamoyski quickly took an interest in Cubism and abstraction, embraced by his native Poland’s artists and intellectuals as early as 1910. In his search for pure form, art had a metaphysical dimension. He and other artists sharing his ideas participated in the creation of Formism, a movement whose theoretical groundwork had been laid by his friend Witkacy (1885-1939) in his 1919 essay New Forms in Painting and the Misunderstandings Arising Therefrom. In 1921, the year he made this sculpture, Zamoyski discussed his ideas in an article published in the magazine Zwrotnica. Absolute beauty, he wrote, does not exist. Canons change depending on periods, intellectual movements and technical means. He believed that the perfection of the latter had brought sculptors to a dead end. Since every possible avenue of representation had already been explored, they had to turn away from naturalism and return to pure form. However, after experimenting with abstraction, Zamoyski concluded that it did not offer enough expressive possibilities, so he proposed a third way: "Joining the absolute harmony of nature and pure form, that is my problem". To succeed, it was necessary to cast away conventions and the desire to imitate to keep only the need to sculpt.

tableaux et sculptures modernes, Extrême-Orient, bijoux, tapis
Chaville - 9, rue Carnot - 92370
Chaville Enchères
Info and sales conditions
Catalogue
News feed
See all news
When museums become hospitals
The $450,000 Rabkin Prize goes to nine US arts journalists
Death of David C. Driskell, a pioneer in African American art history, aged 88
Hauser & Wirth launches a donation fund: #artforbetter
Not to be missed
Pre-sale
Boy with a dog
This presumed portrait of Napoleon Bonaparte's great-great-nephew…
Pre-sale
Engraved treasures from the Marcel Lecomte collectio…
The sale at Drouot of a collection assembled by this leading Parisian…
Pre-sale
Roses, roses all the way…
Although unsigned, this Art Deco pendant combining precious and…
Pre-sale
With bare hands
This Nude with crossed hands is one of the very few carved wood…