A Rowdy Dance by Pieter II Bruegel the Younger 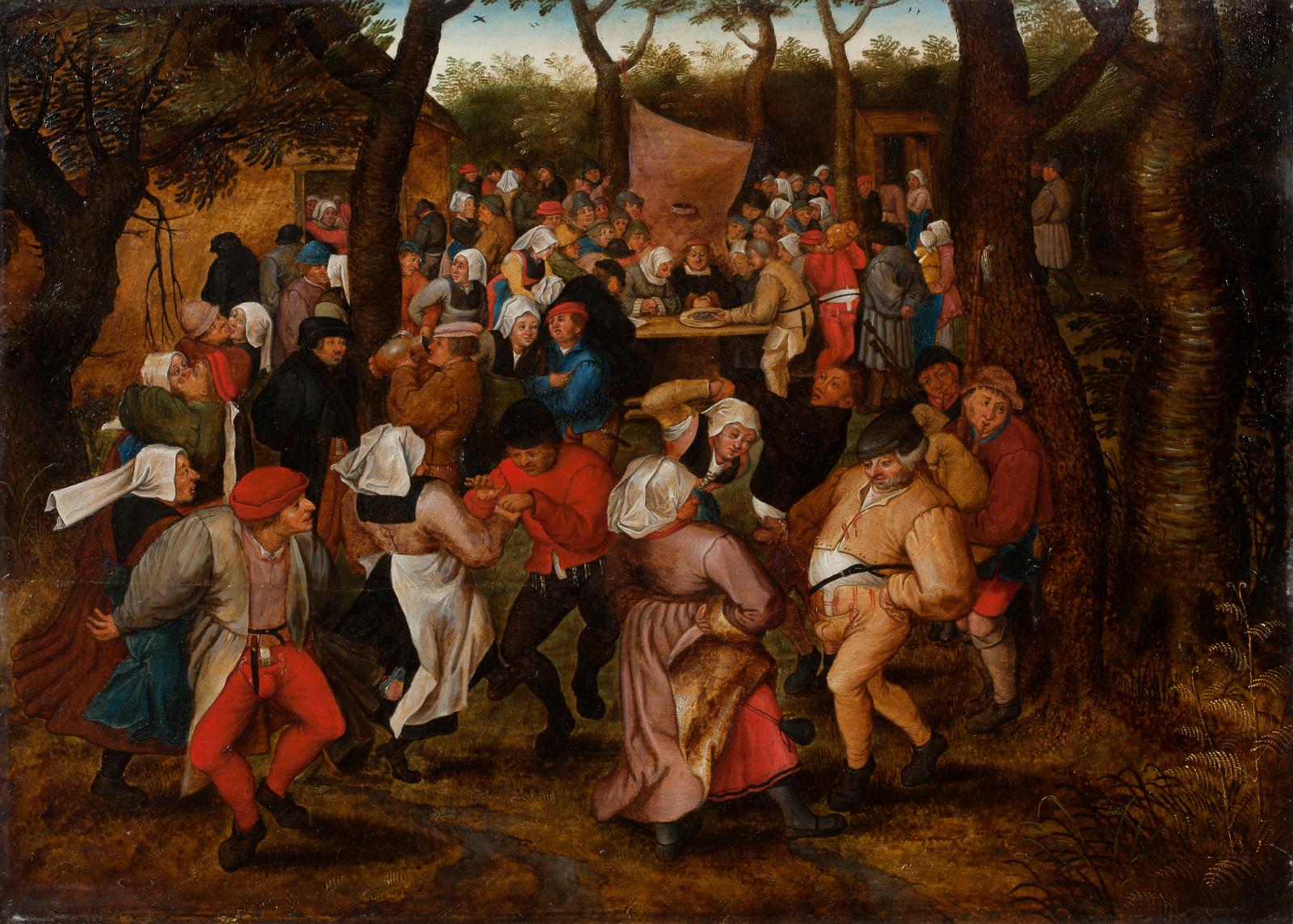 With this boisterous scene, it's obvious why the artist earned the nickname of "Hell" Bruegel… He produced his first painting on the subject in 1607, following on with thirty other versions until 1626. In contrast with his younger brother, Jan "Velvet" Bruegel (1568-1625), the wedding scenes of this artist are far less civilised. In a wooded glade, couples dance and amuse themselves to the sound of bagpipes – an instrument considered at the time to have erotic powers. Only one man in a dark cloak seems impervious to the general atmosphere of elation. The bride can be recognised from her uncovered hair (her marriage was the only occasion when an adult woman was allowed out without a headdress). Vibrant blues and reds respond to the whites and yellows. A great deal of Pieter Bruegel the Younger's work was inspired by the iconography established by his father, Pieter Bruegel the Elder (1510/20-1569). Born in Brussels, he lived mostly in Antwerp, where he undoubtedly inherited his father's studio, and copied a large number of his works, helping to make them well-known. This year, the Musée de Flandre in Cassel has appropriately decided to celebrate parties and fairs (until 14 July), marking the 450th anniversary of Pieter Bruegel the Elder's death.

MAÎTRES ANCIENS : TABLEAUX & DESSINS
Salle 9 - Hôtel Drouot - 9, rue Drouot - 75009
Aguttes
Info and sales conditions
Catalogue
Salerooms
Newsfeed
See all news
Johann Konig Opens a Showroom in Monaco
The Seattle Art Museum Announces Major Overhaul of its American Galleries
Paris Tribal Returns to Saint-Germain-des-Prés in Paris
Artists and Activists Criticize Hungary’s New Anti-LGBTQ+ Legislation
Not to be missed
Pre-sale
An Ode to Nature by Debain in Art Nouveau Style
Impressive for its decoration in the purest Art Nouveau vein, this…
Pre-sale
In the Footsteps of Camille Pissarro…
Fourteen paintings by great names in modern art—including Bonnard,…
Pre-sale
A Young Woman in the Sun by Renoir
At the height of his career, the Impressionist master made one of…
Pre-sale
Eugène Delacroix: An Impassioned Believer
Eugène Delacroix (1798-1863) was deeply attached to religion and…