Nature According to Aloys Zötl

Aloys Zötl's almost always unmistakable watercolors of animals attest to the curiosity of this artist from Upper Austria—who never traveled. 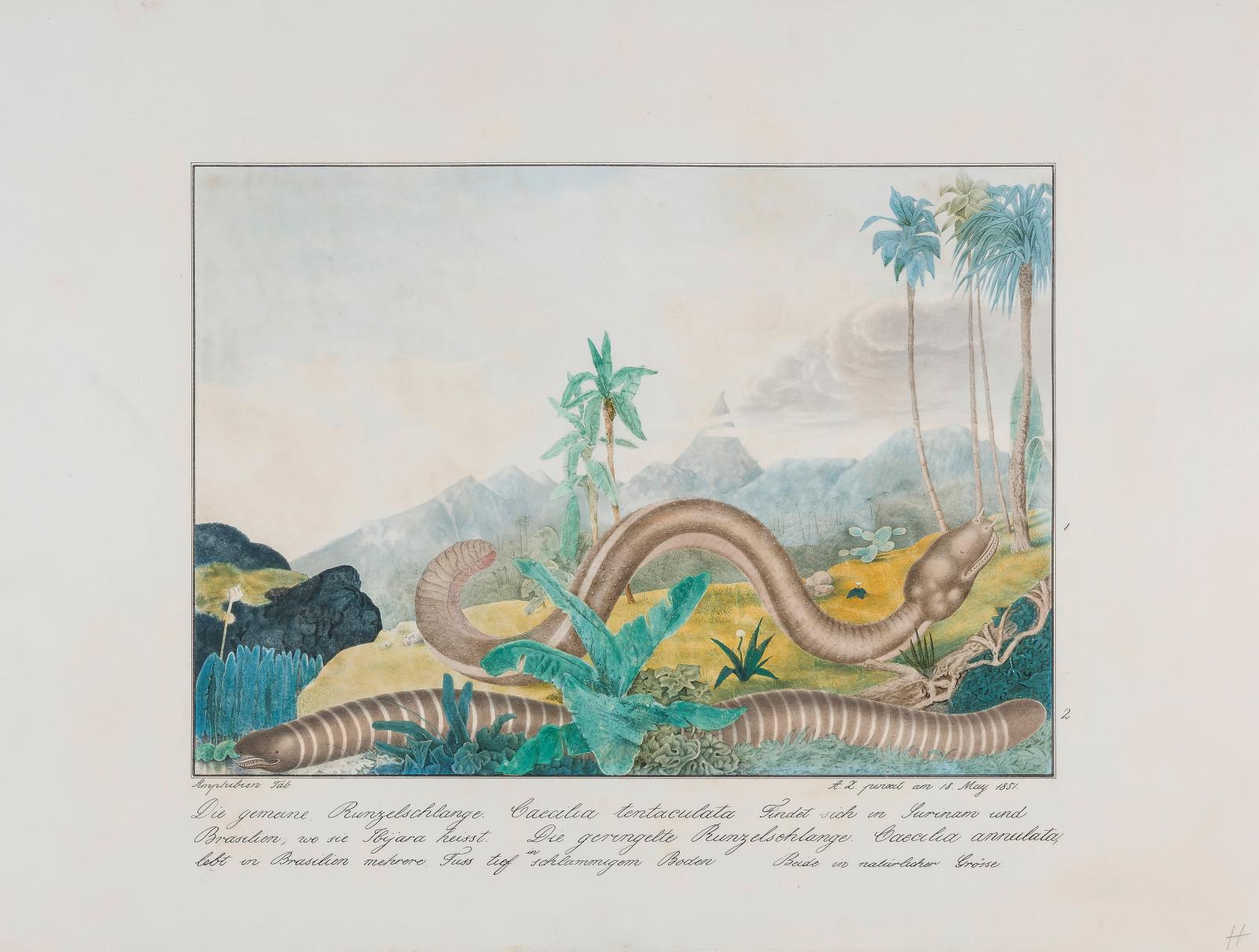 These paintings depict gymnophiona, also known as caecilians: legless amphibians with ringed bodies that live in tropical Africa, the islands of the Indian Ocean and South-East Asia and the northern half of South America. They are occasionally mistaken for earthworms, although some of them live in wetlands and can swim. Zötl’s talent lay in depicting these creatures in exotic landscapes. This watercolor was included in the studio sale conducted by Maurice Rheims at Drouot on December 19, 1955. That day, one buyer acquired three drawings. His name was André Breton. The poet liked the watercolors by the artist he compared to Henri Rousseau so much that he wrote the preface of the second sale’s catalog in May 1956. Zötl, a dyer born into a family of wealthy craftsmen, was passionate about the animal kingdom. He soaked up the stories told to him by his brother Josef, who had seen cabinets of curiosities in England and Germany. Animals captured his imagination, but he was also a stickler for scientific accuracy: many of his captions come from books by Linné and Audebert. From 1831 until two weeks before his death in 1887, Zötl made 320 watercolors of pangolins, armadillos, rhinoceroses, baboons, skates and langurs.