Fascinating Fossils of Mammoths and Dinosaurs

This skull attests that mammoths roamed the steppes a million years ago. 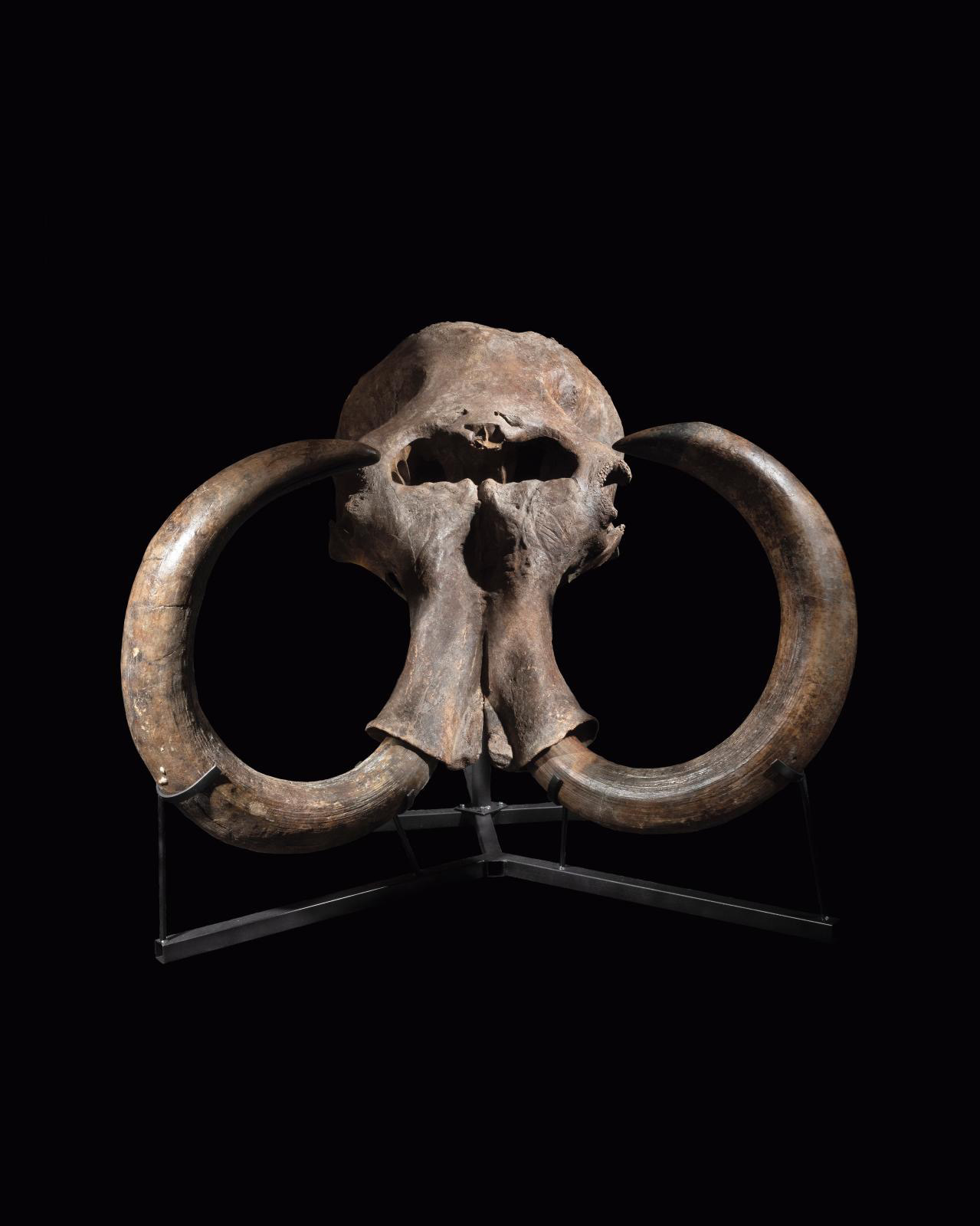 Big John, a 60% complete, 66-million-year-old triceratops skeleton, is likely to fetch this sale’s highest price. Nearly twenty-three ft (7meters) long, the fossil was found at Hell Creek, South Dakota in 2014 and is estimated at €1.2/1.5 M. The next catalog entries are a foot of a sauropod (the suborder of Sauropoda, quadrupedal herbivorous dinosaurs) from the Upper Jurassic Period excavated in Wyoming (€35,000/40,000) and this mammoth’s skull from the steppe.

The size of this specimen gives some idea of how big the species was. Mammuthus trogontherii appeared about a million years ago in Siberia before circulating throughout Eurasia. The largest member of the mammoth family, it stood about 13.1 feet tall (4.5 meters) and had coiled tusks that could reach a length of 17 feet (5.20 meters) in adult males. In addition to its impressive size, this mammoth exhibited the first signs of developing a coat.

Its ears and tail were smaller than those of its predecessor, Mammuthus meridionalis, which originated in Africa and spread to Eurasia about three to two million years ago to escape the cold. That did not prevent the steppe mammoth from dying out c. 200,000 BCE and being replaced by the wooly mammoth.