From the Roman Empire to Napoleon

With its fourteen aurei, this necklace was given by Napoléon I in person to his favorite sister, Pauline Borghese. 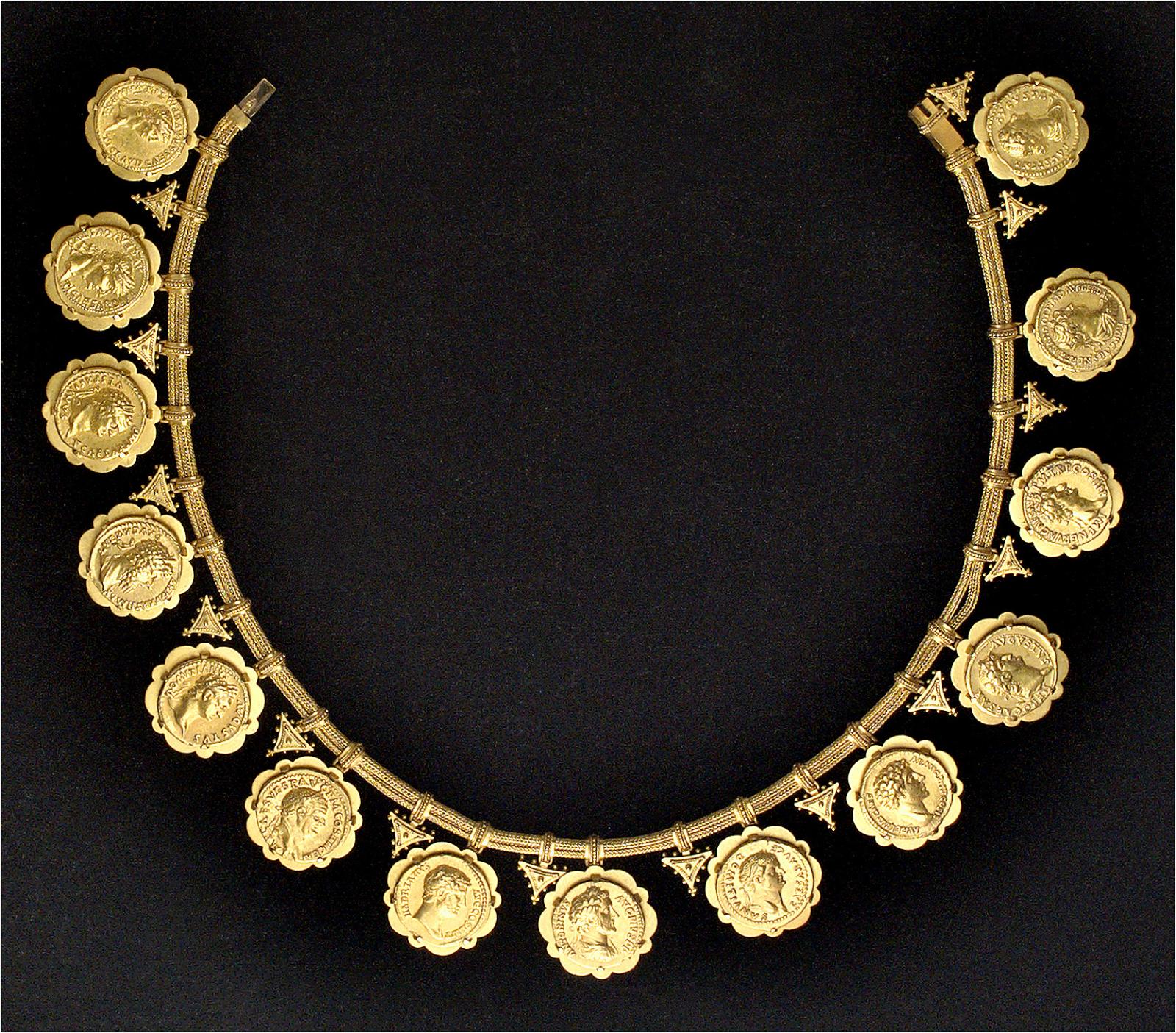 These coins feature the portraits of some of the most illustrious emperors of Ancient Rome. They are all worthy representatives of three of its dynasties, starting with the first, the Julian-Claudians, through Claudius, Tiberius and Nero, followed by the Flavians – here with Vespasian, Titus and Domitian – and then the Antonines, who took the empire to its apogee, mainly thanks to the first five members, Nerva, Trajan, Hadrian, Antoninus Pius and Marcus Aurelius. The series follows no chronological order in the necklace and various names are repeated (Vespasian appears on three of the aurei). The coins are of very high quality, indicating how carefully they were selected. The same meticulous choice dictated the seven (all from the same provenance) in the matching bracelet, now on offer with the Künker auction house starting at €50,000. So Pauline Borghese was decked out as befitted the First Empire's fashionable Antiquity revival, using cameos and medallions to set off her fine white muslin dresses and hair. While the aurei set's whereabouts were unknown during the 19th century, it turned up again in June 1966 at the Delft Art and Antiques fair (a glorious event now replaced by the TEFAF). The two jewellery items were the high point, holding sway at the stand of celebrated Amsterdam numismatist Jacques Schulman. His daughter Nicolette wore this impressive set at the gala dinner, and was immortalised in the magazine Haagsche Courant.