Sisley at the Height of His Maturity

Alfred Sisley trained in Swiss painter Charles Gleyre’s studio alongside Monet, Bazille and Renoir. He quickly broke with the academic spirit and embarked on an Impressionist path. 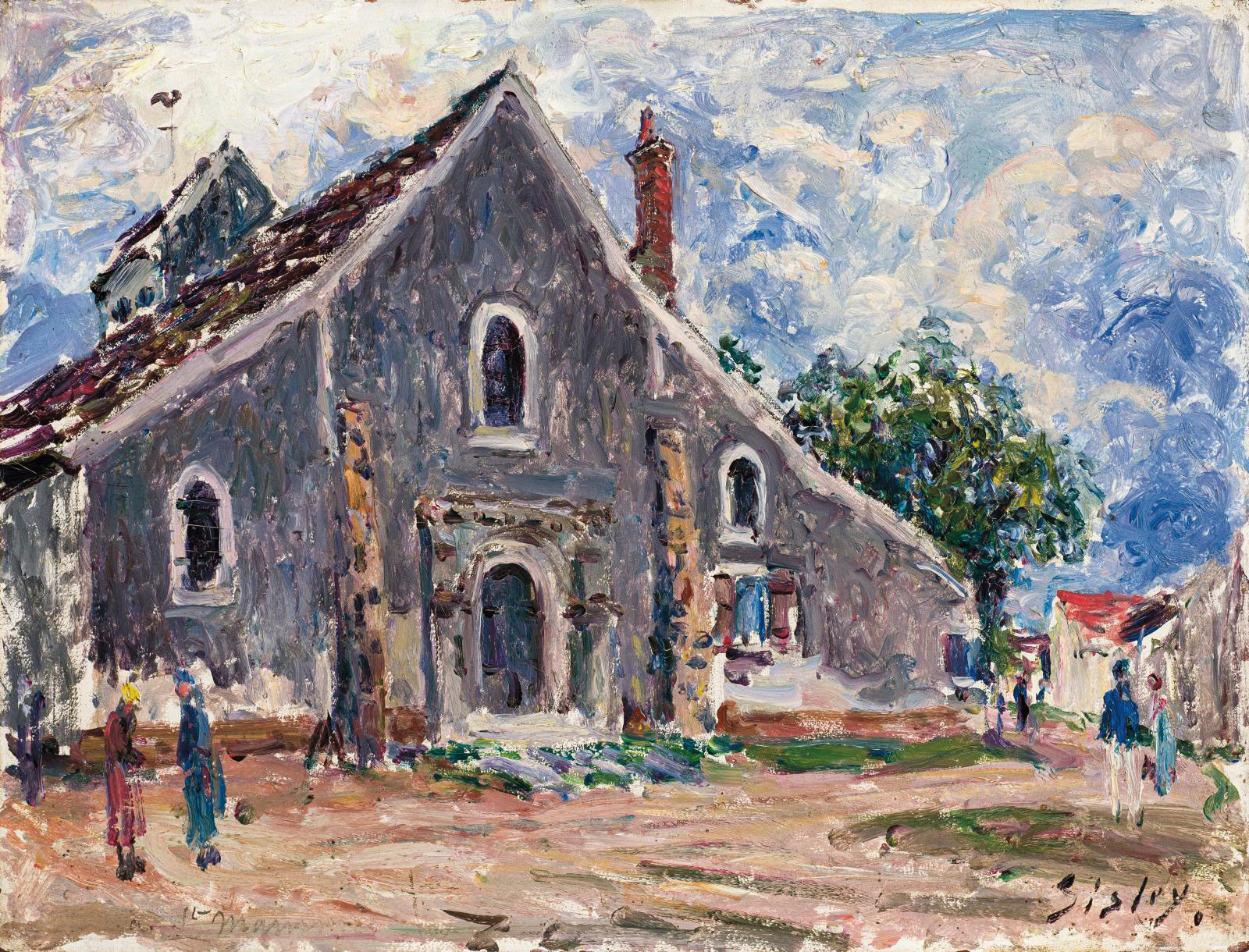 As a dedicated landscapist, Sisley turned decisively away from the conventional ideas and hierarchy of genres that relegated landscape painting to the lowest rank of subjects. Gustave Geffroy, a renowned art critic who frequented turn-of-the-century painters, described his work as “soft, delicate and quivering" and the artist as “capable of organizing joy in the midst of a mass of light." Geffroy gave us the keys to understanding the genius at work in this view of the church in Saint-Mammès. The subject fades into a luminous impression rendered by brisk brushstrokes, bringing Sisley closer to his British compatriots Turner and Constable. In 1879, he and his family settled in Moret-sur-Loing, not far from this church. He was captivated by the area’s abundant and largely medieval architectural heritage, which inspired many of his paintings, such as The Loing at Saint-Mammès (MuMa, Le Havre). This oil-on-panel marked a turning point in his work: the church takes up almost all of the painted surface, like a prelude to his famous series of 12 paintings of the church in Moret, begun several years later, which were inspired by Monet’s views of Rouen Cathedral. Here, on the banks of the Loing Canal, Sisley reached the peak of his artistic maturity. On July 2, his Tournant du Loing à Moret (Bend in the Loing at Moret) topped CHF1 M at Koller in Zurich, after a low estimate of CHF600,000.