Blue-white vases are amongst the ceramics collectors prize the most, especially those dating back to the Jiajing era, when the technique and decors reached their peak. 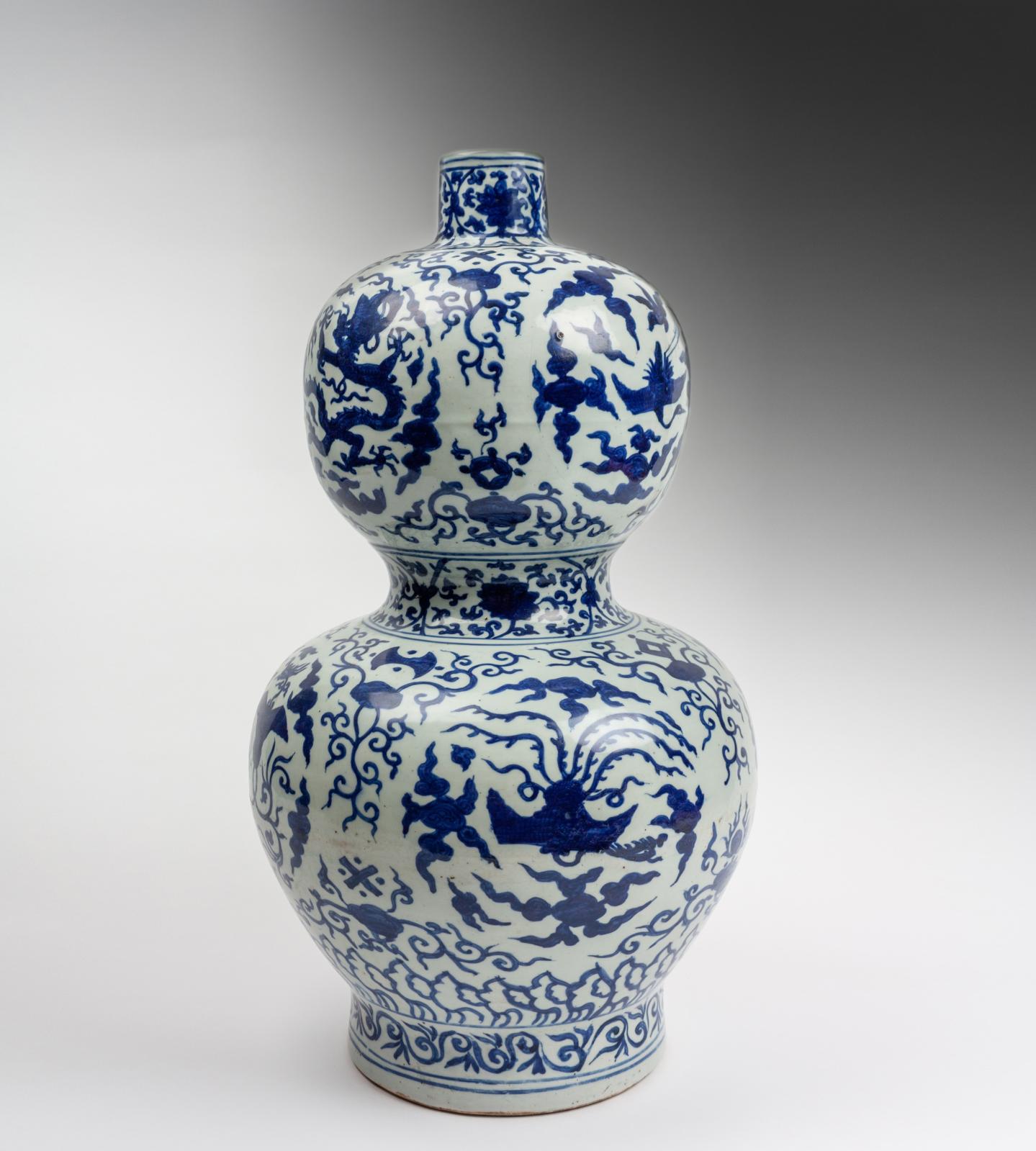 Persian Empire traders along the Silk Road introduced the colour blue during the Yuan period (1279-1368) before it became emblematic of Chinese-made porcelain. At first, the technique was poorly mastered and the Mongolian elites disliked these "blue and white" ceramics. All that changed under the Ming dynasty (1368-1644). Colour became fashionable. Previously, the famous cobalt blue tended to mix with the white of the porcelain, giving the pieces a greyish and opaque appearance, but when applied beneath the glaze it stood out much better on the immaculate background. During the Jiajing era, craftsmen found new blue pigments, which they called huiqing, in Chinese soil. They mixed them with cobalt blue to achieve the celestial hue with purple highlights the emperor enjoyed so much. Like our vase with a short, narrow opening, these were luxury items that only the royal family and their close relatives could afford. This vase’s decoration is typical of the late Ming period. Featuring eight medallions, it depicts five-clawed dragons, phoenixes and cranes amidst stylised clouds, surrounded by the emblems of the eight Immortals and foliage scrolls. Birds had replaced human figures on both imperial and civil ceramics. The sovereign tried to get closer to his people by mixing five-clawed dragons and phoenixes — imperial symbols — with cranes, which were popular motifs created at that time. He also wanted to show his openness in religious matters by combining symbols of both Taoism and Buddhism: on the one hand, the crane (which is also a symbol of eternal youth) and the emblems of the immortals of the Tao (the fan, the drum, the flute, the double gourd, the castanets, the sword, the basket of flowers and the lotus), and, on the other, the object’s gourd shape, which recalls the tale of the goddess Guanyin. Known to the Chinese for thousands of years, gourds were appreciated for their leaves, which were eaten in honour of the ancestors and for their medicinal qualities.