Dating from around 1660, this painting features a subject from the Acts of the Apostles, painted several times by Jacob Jordaens, with an iconography very popular at the time. 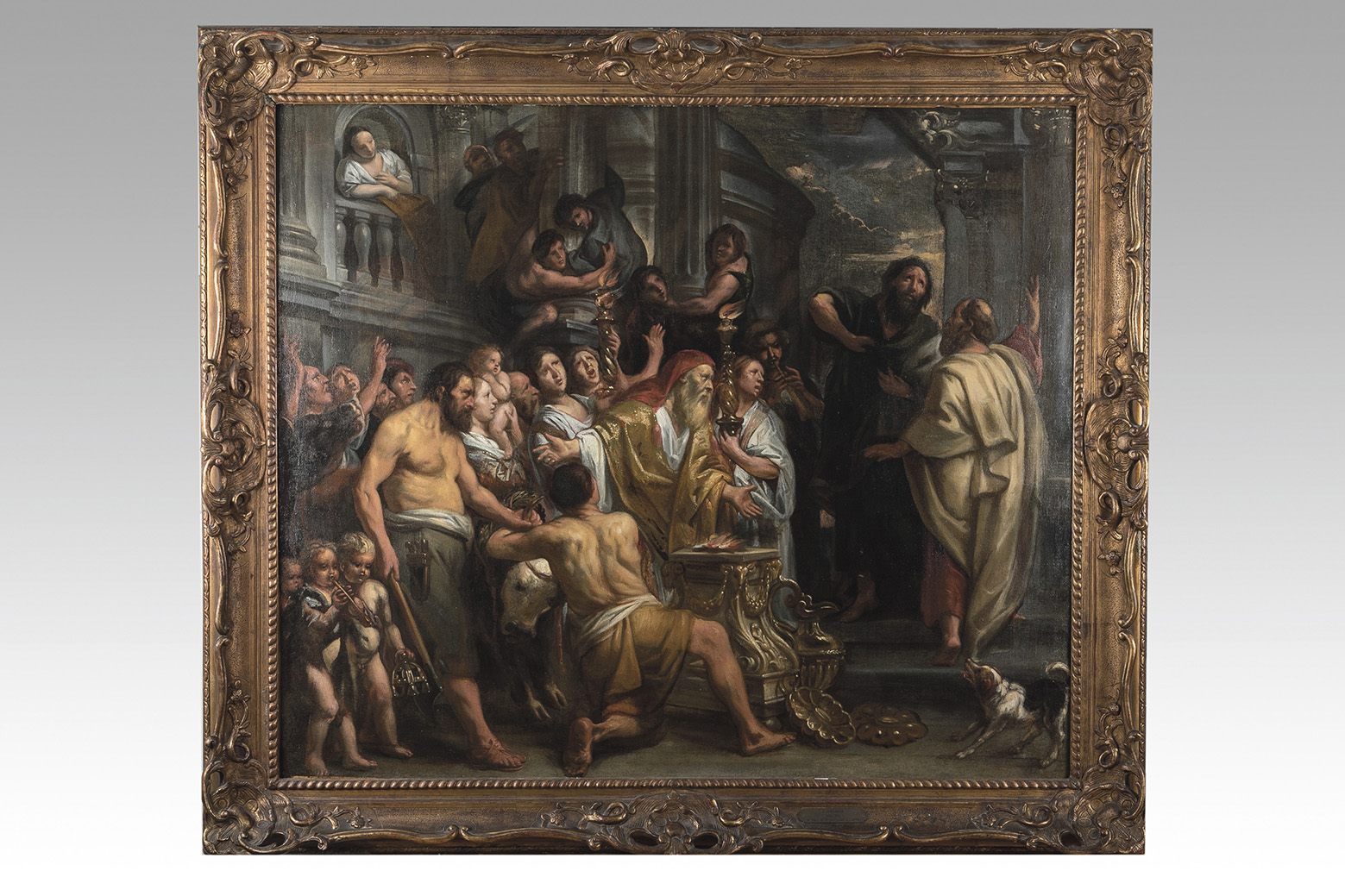 When they left Antioch to evangelize Anatolia, Saint Paul and Saint Barnabas met only Jewish audiences. Arriving in Lystra a year later, they came upon some pagan inhabitants, who believed Barnabas to be Zeus and Paul to be Hermes after the miraculous healing of a crippled man. To honor them, the crowd brought oxen and made ready to sacrifice them. But the two apostles objected, urging the people to abandon their superstitions and worship the one God. Other versions by Jordaens are now in the Hermitage Museum in St. Petersburg and the Fine Arts Museum in Brussels. Though reworking the composition each time, the painter retained several recurring motifs like the servant with a dislocated body and muscular back, the woman at the window, the men grasping the column shafts and the dog barking: all details imbuing the scene with realism. Here, Jordaens has set it at the end of the day, as can be seen in the bluish-grey background warmed by the brightly lit arches and the flames of the fire on the altar. The figures are depicted in a range of red, white and gold tones, toned down in Paul's pale yellow tunic. The archeological details and the priests' costumes are inspired by engravings of Roman monuments and scenes of Antiquity by Rubens. Close to Calvinist circles, while continuing to receive commissions for Flemish churches, Jordaens often illustrated these scenes of conversion and revelation of the "true religion" for both Catholic and Protestant patrons. After passing through various Brussels collections, this painting returned to Paris in 1999 after being loaned to various exhibitions, the last one at the Golden Court Museum in Metz for "La Réalité magnifiée, peinture flamande 1550-1700" (Glorified Reality: Flemish Painting, 1550-1700). From the same collection, an Adoration of the Magi (black pencil, pen, brown ink and brown wash with white oil highlights, 52 x 65 cm) by Jordaens and his studio (the final version is now in the Cherbourg Musée des Beaux-Arts) is estimated at €20,000/30,000.