The White House Finds its Place Among Objects of Vertu

The charming and curious handmade model, dating to the 20th-century, captures an important moment in the building’s history. 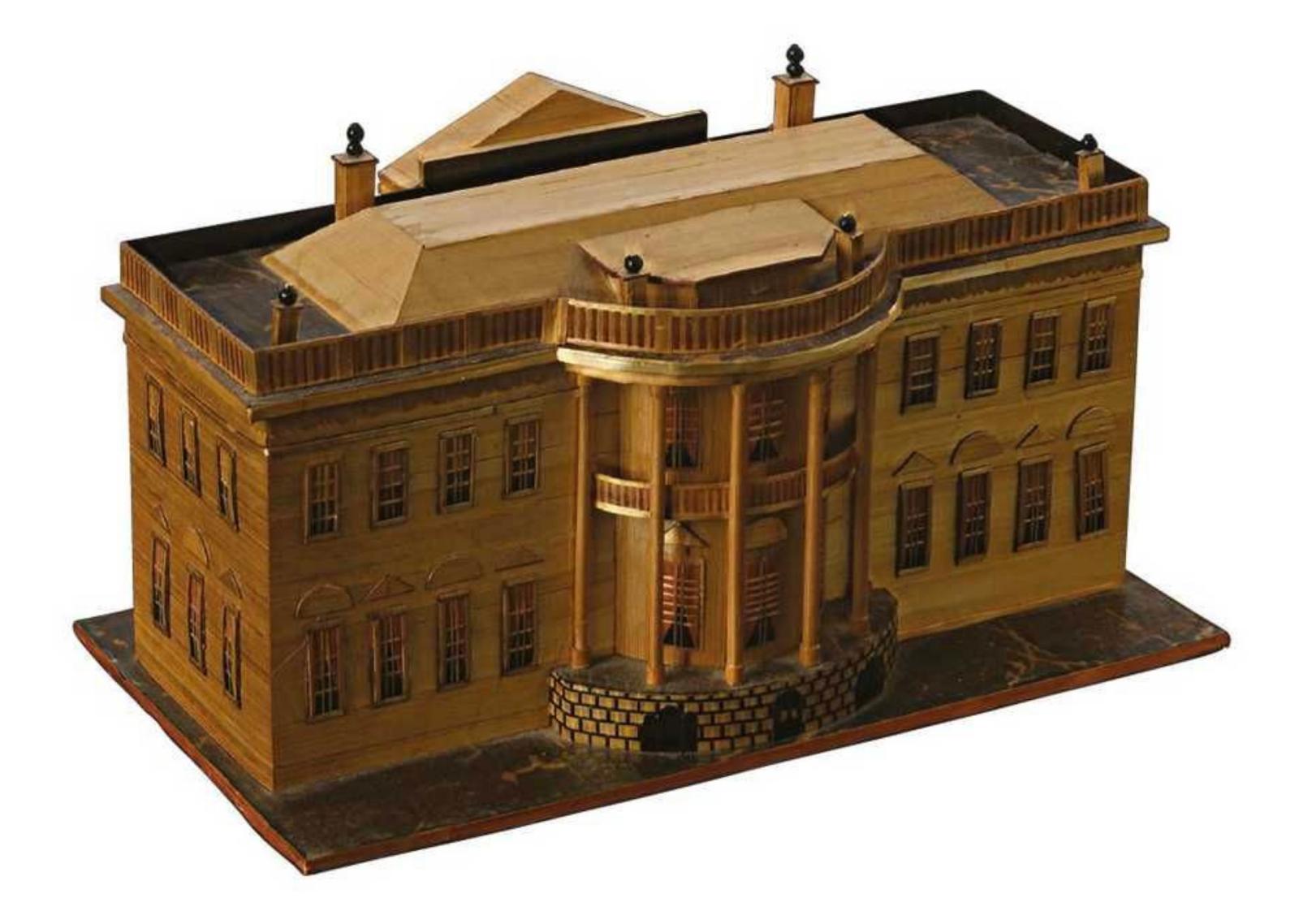 In this collection of 246 items, a special place was given to “objects de vertu” (“objects of vertu”), a term designating and small precious objects, like blush boxes, pillboxes and snuffboxes crafted between the 17th and 19th centuries. The collection includes a set of Napoleon I commemorative boxes made in the 19th century (€300/500) and several mother-of-pearl boxes and snuffboxes (between €100 and 500).

A charming and curious handmade model of the White House in Washington D.C., dating to the 20th-century, found its rightful place among these objects of vertu. The model captures an important moment in the building’s history. In the 1950s, during the Truman Presidency, the White House underwent a major transformation. The 1817 James Hoban structure was modernized and necessary structural repairs were made resulting in the building we know today. In our model (22 x 13 x 12 cm/8.6 x 5.1 x 4.7 in; estimate €150/200) the two grand staircases that descend into the garden on the south façade were not included, placing the date of this model most likely before this transformative work that started in 1948.

Finally, there is a 19th-century portrait of Madame Royale—the daughter of Louis XVI and Marie-Antoinette—in miniature on a brushed brown background (€200/400) and lovers of straw marquetry will find happiness in various cases and boxes, constituting 18 numbers with estimates ranging from €60 to 200.