A feast for the eyes

Intended as table decorations, centrepieces were fashionable from the Renaissance to the 19th century, of which this porcelain and silver model by Boin-Taburet is a beautiful example. 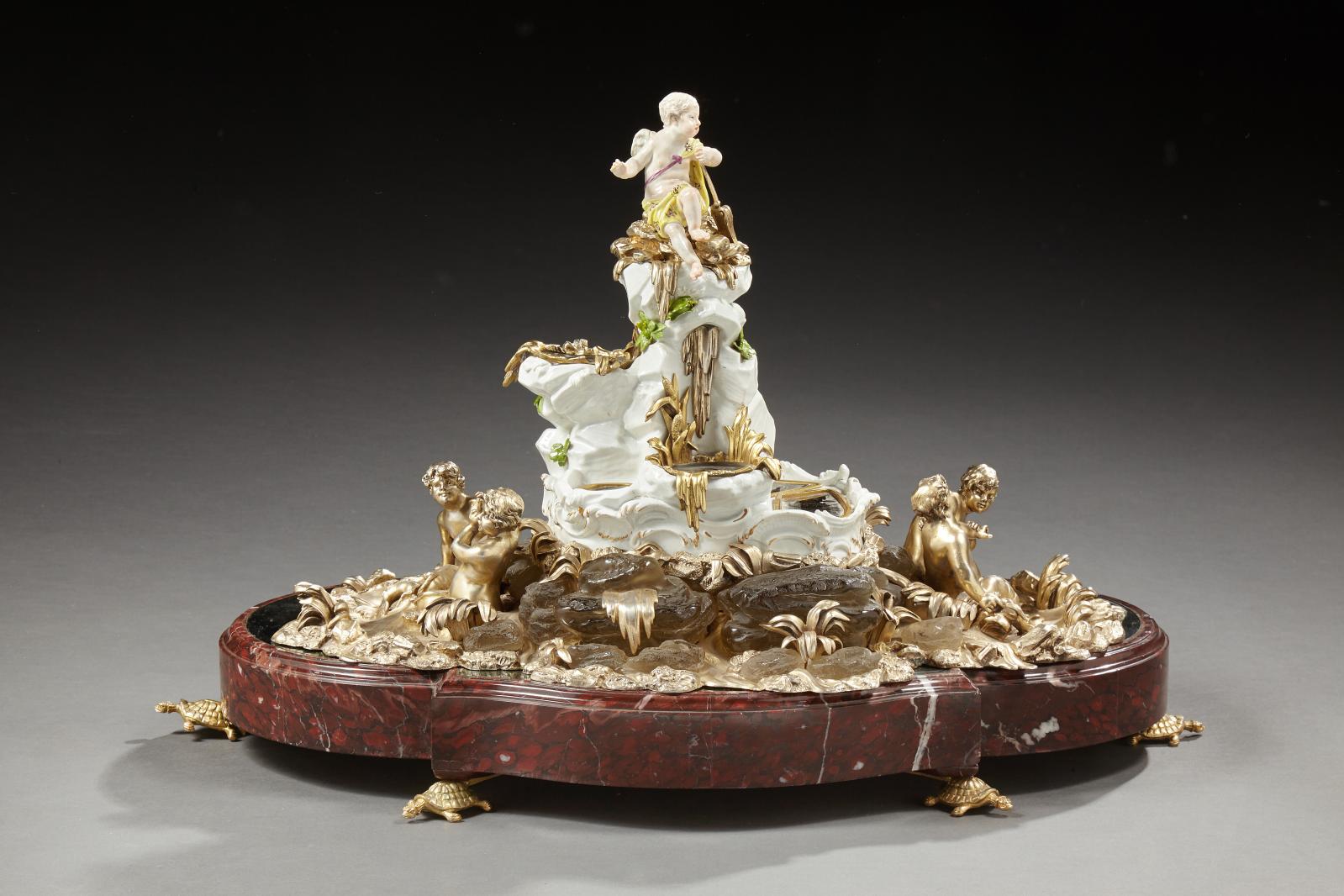 Last 7 December, this auction house sold a Louis XV silver centrepiece by Aucoc, as imposing for its size as its ornamental vocabulary of sea gods, nymphs, seashells, dolphins, putti, a staircase and lion heads, for €108,375. Will this one, probably commissioned by a prominent family, also surpass its estimate? In any case, it illustrates the vogue for luxurious, spectacular centrepieces on French tables, especially in the late 19th century. This model features beautifully contrasting colours and materials sculpted with rock-fill, cascading basins, tritons frolicking in the current and a cherub holding an oar amidst rocks in moulded glass, all of it on turtle-shaped feet. Boin-Taburet, which was formed in 1860 when the jeweller Émile Taburet and the goldsmith and antique dealer Georges Boin became partners, stood out for the quality and originality of its creations. "Perhaps it was Boin-Taburet who, more than any other goldsmiths, contributed to the return to the Louis XV style," wrote the goldsmith and jeweller Lucien Falize in the Gazette des Beaux Arts on the occasion of the 1889 Universal Exhibition. "It is not an accusation that I am making; on the contrary, I find that, with very personal taste and real consideration, he understood, guessed and sensed what his customers wanted. He was quick to give them what they were about to ask."  Nobody could have said it better.