A dainty gold mount highlights the exquisite beauty of this small soft porcelain Vincennes milk jug with a scene based on a work by François Boucher. 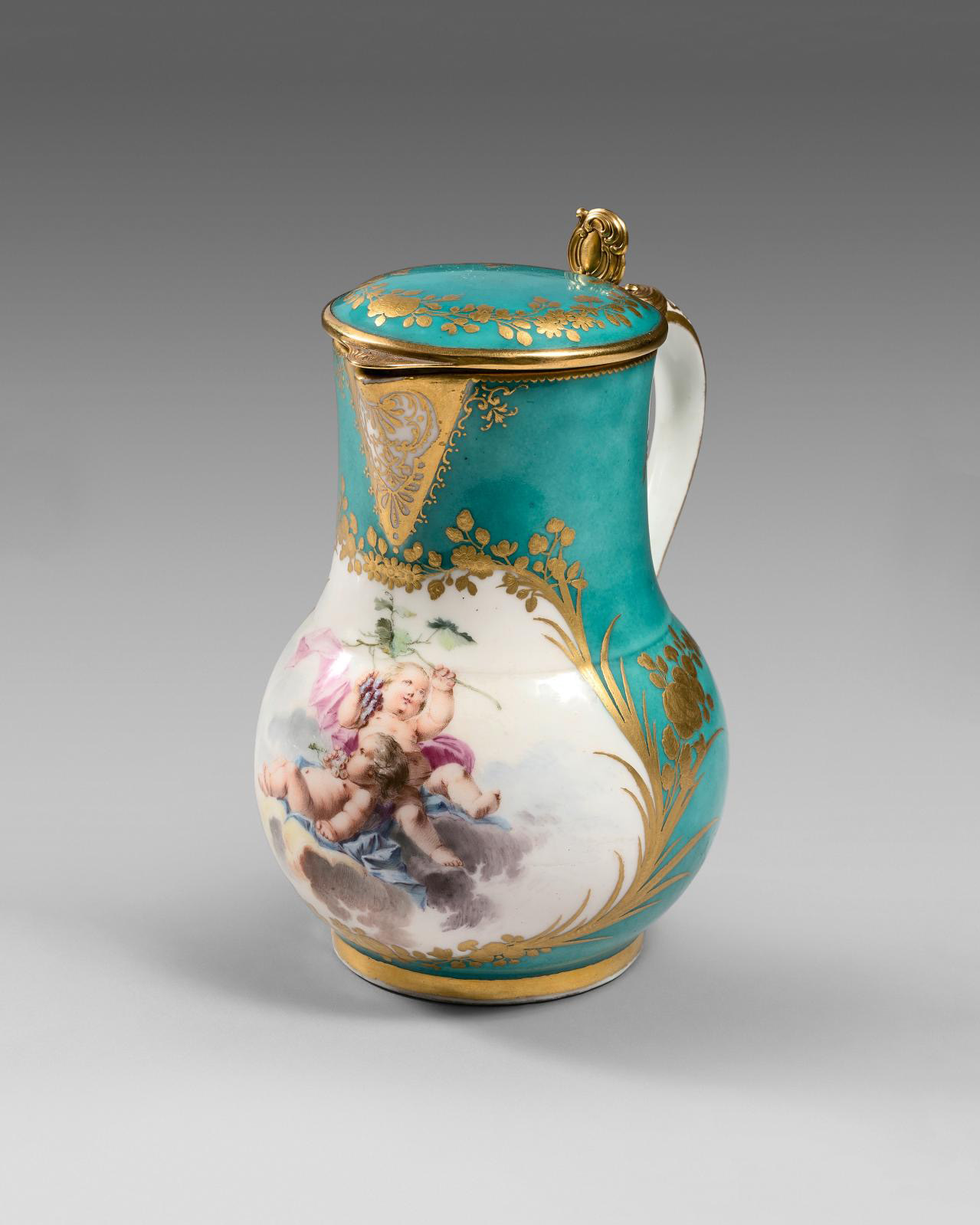 This Vincennes milk jug in soft porcelain (h. 12 cm/4.7 in) will go under the hammer in Room 5-6 at Drouot on Friday January 22. Its gold and polychrome decor of grape-eating cherubs amidst clouds, garlands of flowers and foliage stands out against a green ground. The gold mount chased with scrolls is stamped with a scallop shell, used in Paris between 1756 and 1762. The bottom is marked with interlacing “LL” and the letter-date “A”, corresponding to 1754. This jug, called "ordinary" because of its simple shape, is one of the earliest examples with a green ground. It may have been made in July-August of 1754, when several pieces with the same color and workmanship were produced, including a round bowl once in the Yves Mikaeloff Collection. The décor is attributed to Charles-Nicolas Dodin (1734-1803) after François Boucher. The 20-year-old Dodin joined Vincennes as a figure painter, exercising his skills in that genre throughout his career, notably for commissions from La Pompadour, Madame du Barry, Louis XV, Louis XVI and Catherine the Great of Russia. Beaussant Lefèvre (Mr. Vandermeersch, expert) is conducting the auction. This milk jug is estimated at €20,000/25,000.