From the Earth to the Moon... The title of a sale in Cannes entirely devoted to man's conquest of space. 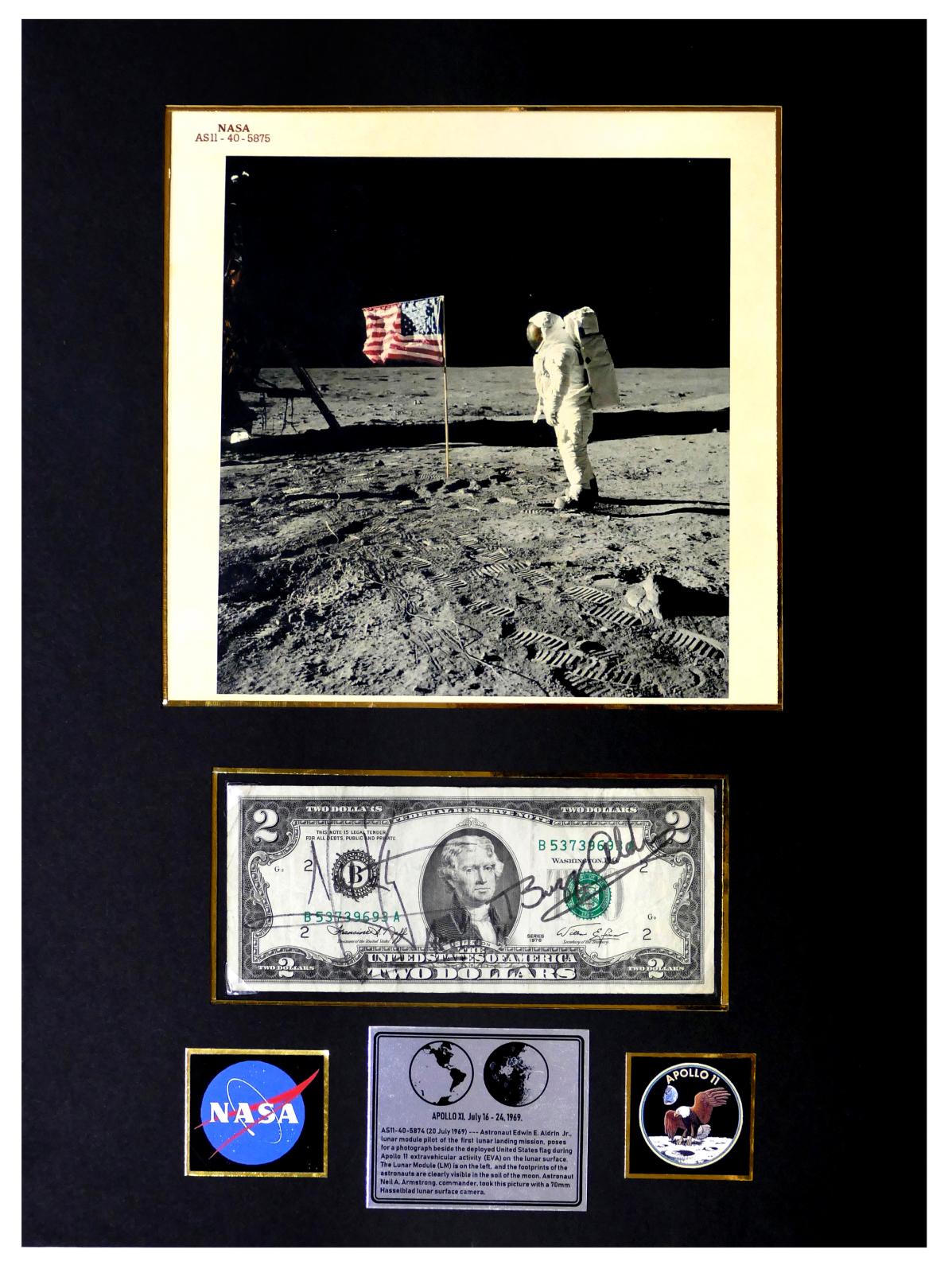 Fifty years ago, on 20 July 1969 at 9.56 p.m. (Houston time), the American astronaut Neil Armstrong became the first man to walk on the Moon, successfully accomplishing the Apollo 11 mission: the result of decades of research. A quest retraced through 135 lots assembled over nine months by the auction house, from Jules Verne's From the Earth to the Moon/Around the Moon, published in 1872 by Hetzel – a prophetic story about man's wildest dreams of flying (€1,200/1,800) – through to a frame containing three autographed photos of the heroes of 1969: Collins, Armstrong and Aldrin (€1,800/2,500).

NASA, created in 1958, arose from genuine political determination. The famous space missions began the same year with the Mercury programme. Named after the messenger of the Greek gods, it produced six manned flights over five years, including the one with Edward Higgins White II on 3 June 1965, illustrated here by a photo of the astronaut's spacewalk (€1,000/1,200). This was followed by the Gemini programme, then, between 1966 and 1975, the celebrated Apollo series, named by the space programme director Abe Silverstein after the god who drove his sun chariot across the sky. Myth, as always. Seventeen missions followed on in turn, with posterity marked particularly by the most tragic – Apollo 1, whose three crew members died in a fire aboard the command module –, and the most glorious: the legendary 11th mission, culminating in the first landing on the moon. The various space programmes are illustrated by photographs, autographed items and meteorites, not to mention a Chicago club baseball signed by the members of Apollo 11 in 1969 (€3,500/4,500). The love of both comic books and space adventures is illustrated by page 25 of Hergé's Tintin album Explorers on the Moon, autographed by the twelve astronauts who walked in the promised land, from Armstrong and Aldrin of Apollo 11 to Cernan and Schmitt of Apollo 17 (€4,000/5,000). A unique slice of space conquest history.

Celebrating 50 years since Apollo 11
Cannes - 20, rue Jean-Jaurès - 06400
Cannes Enchères
Info and sales conditions
Catalogue
Newsfeed
See all news
Due to the summer holidays there will be a pause in the newsfeed. We will be back Monday, August 24th. Have a wonderful summer vacation!
Met Museum in New York acquires Wangechi Mutu sculptures
US House of Representatives vote to create a national museum dedicated to Latin Americans
Church volunteer confesses to starting the Nantes Cathedral fire
Not to be missed
Pre-sale
Figurative art from van Goyen to Combas and the inescapable…
This 1955 work by Bernard Buffet belongs to a series of around 10…
Pre-sale
Henri Lebasque, painting the zest for life
His soft, nuanced palette captures moments of simple happiness on…
Pre-sale
The Gilles Labrosse collection: fashion throughout the…
Amassed by an impassioned enthusiast, one of the largest private…
Pre-sale
Achille Laugé: Cailhau in perspective
Found during an inventory carried out for an estate in the Var,…