Étienne de Lavallée-Poussin (1733-1793) drew inspiration from the English school to paint this 1798 portrait of members of the Eeremans de Beaufort family. 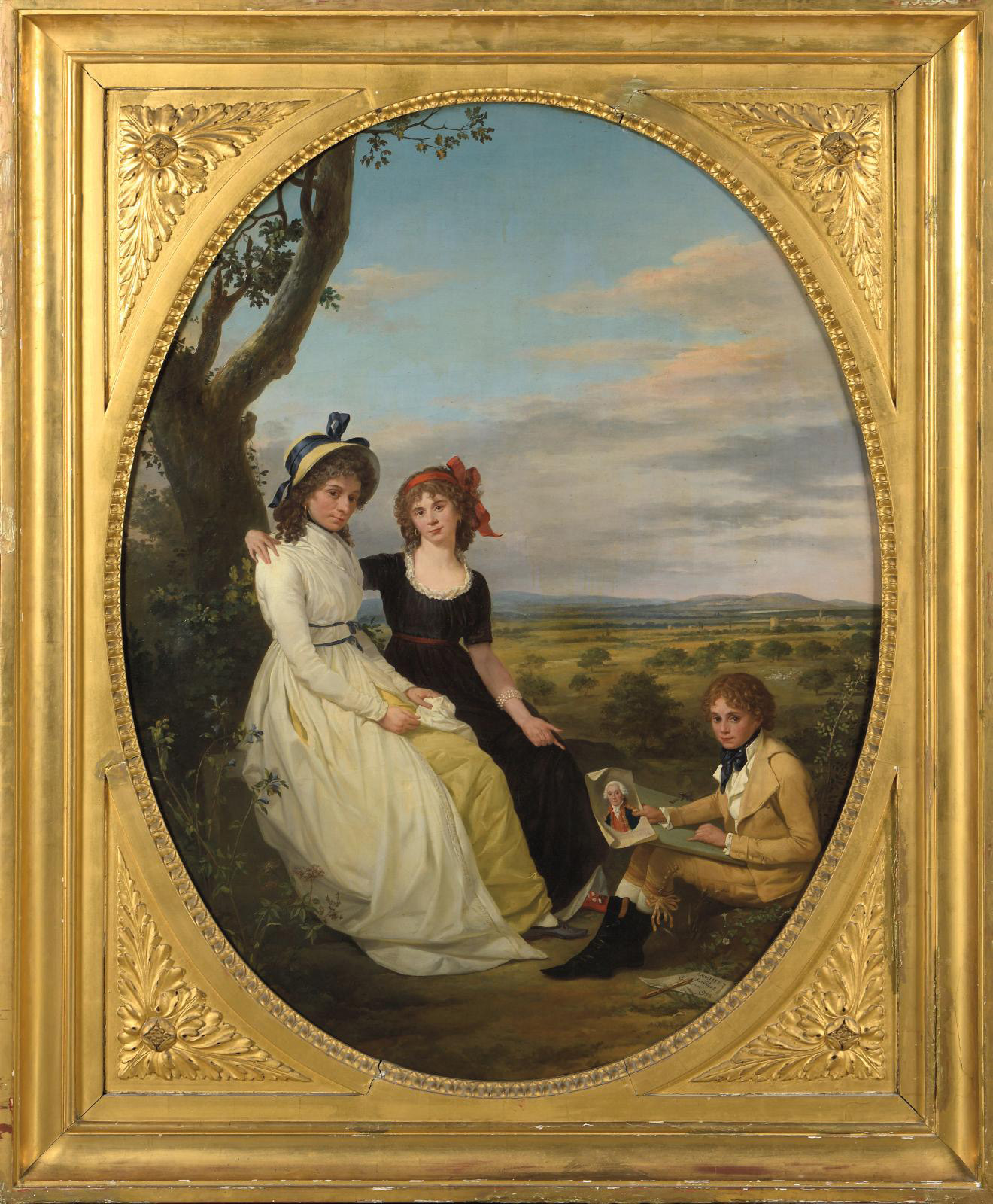 Opening out onto the landscape, a tradition in England, the painting recalls the neoclassicism of Louis Gauffier and François-Xavier Fabre (founder of the Montpellier Museum) as well as the fashionable dress of the French Directory period. Peace had returned and the economy was bouncing back. Madeleine Françoise de Logras (1754-1806) is seen with her children, Madeleine Angélique (b. 1778) and Armand Eeremans de Beaufort (1783-1858). Their father, a first lieutenant colonel in the cavalry and Grand Provost who was close to the Maréchal de Richelieu, had died in 1793. His son holds a copy of his portrait over his drawing case, evoking his memory.

Lavallée--Poussin’s works seldom go under the hammer, making this sale all the more surprising since the second part of his career has long been overlooked. Some dictionaries even say that he died in 1793, five years before the painting was made, or lived in Italy after the French Revolution. After retiring from the Salon exhibitions, he painted for his own enjoyment or for a circle of close friends, and focused on his work as mayor of Poissy (1799-1802), a town west of Paris. Lavallée-Poussin was born in Rouen, where he enrolled in the School of Fine Arts before joining Jean-Baptiste-Marie Pierre’s school in Paris. He became a history painter and a decorator, working notably at the Hôtel Grimod de La Reynière, which once stood on the location of the United States embassy. Related on his mother’s side to the famed French painter Nicolas Poussin, the artist also drew cartoons for the tapestry manufacture in Beauvais. He is worth rediscovering.