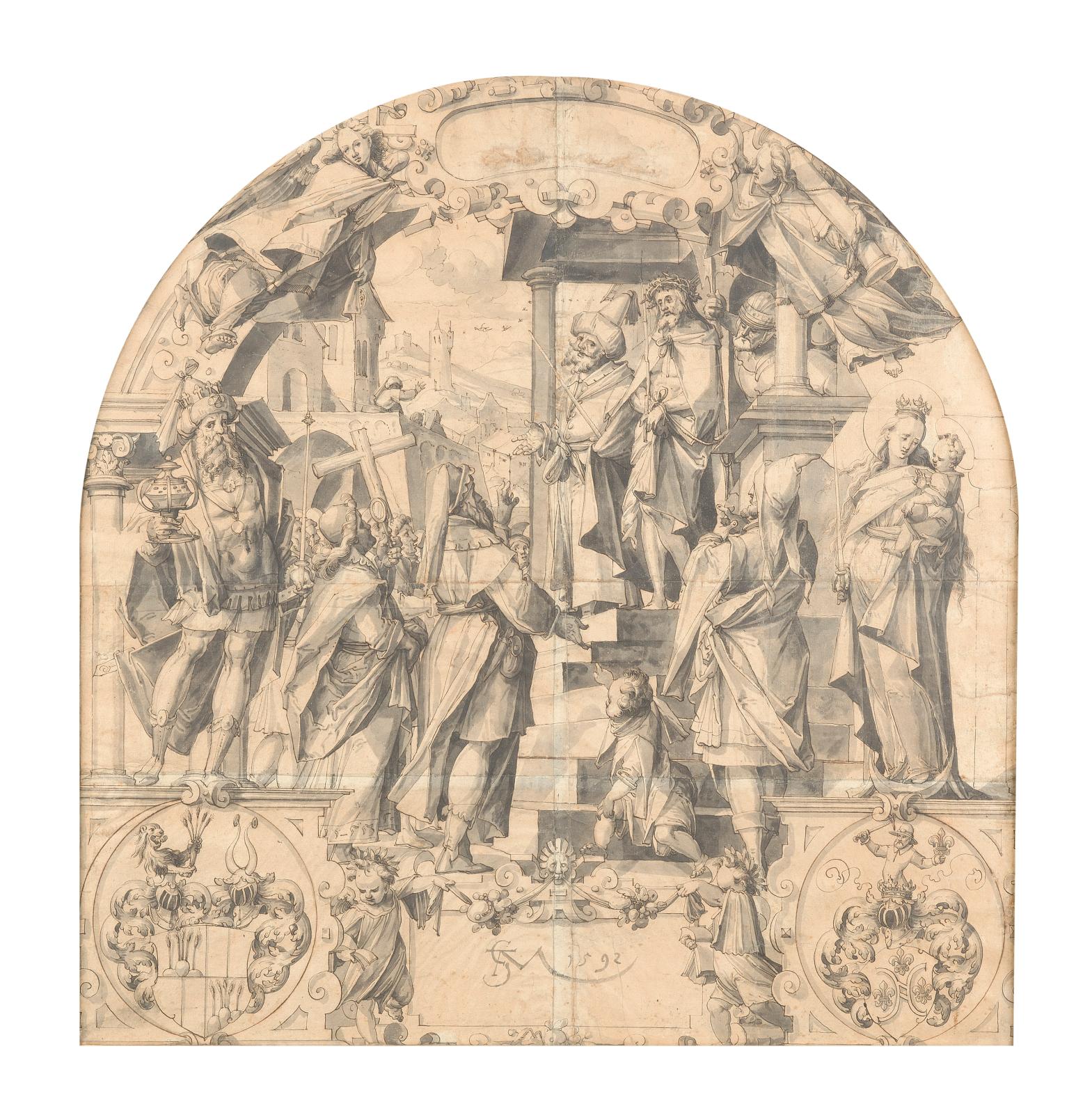 There is to be a further sale of the Hugo von Ziegler-Schindler collection, this time featuring a group of drawings dating from the 16th to the 19th centuries. The spotlight is decidedly on Swiss works. Hugo von Ziegler (1870-1966) spent his entire life in Schaffhausen: a highly relevant fact, as it underpinned his career and tastes. This city, the main town in the eponymous canton, lies in the northern, Swiss German part of the country. The Von Zieglers were a rich family of bankers who had been established there for several generations. Hugo took on the family trade, but stood out for his considerable devotion to the history of art. His roots had an influence on his work – for example, he collaborated closely with the museum in his city, and supported it financially. Like his coin collection (sold in August 2014, also at Drouot, by the Joron-Derem auction house), his silverware and above all his Old Master drawing collections are true odes to his country. He shared this passion from 1921 onwards with his wife, Edith Schindler, who came from a well-to-do family and was already a collector, and made his finest acquisitions with her. For forty years they devoted their time and money to assembling this large collection of drawings from the 16th to the 19th centuries. Bequeathed to their three children after their death, it had already been partly dispersed in 2009 by Sotheby's New York.

A historic collection
This new section, containing 75 drawings, will be auctioned on 13 December at the Hôtel Drouot, with estimates ranging from a few hundred euros to €250,000/350,000 for an exceptional group by Daniel Lindtmayer (1552-c. 1606) consisting of thirteen gouaches – a medium rarely used by the artist – of "Christ and the Apostles" (see photo). The latter were bought in 1938 from the Benedictine Abbey of Sankt Paul im Lavanttal in Austria, but were originally intended for the Benedictine Abbey of Sankt Blasien in the Black Forest, perhaps as models for frescoes or a portable altar. The two lots are highly representative of this collection, mainly devoted to stained-glass drawings and Swiss artists. As astonishing and unusual as it seems, Hugo von Ziegler developed the former of these two interests when he was a child, after seeing his family arms in a preparatory drawing for a stained-glass window in the family collection. He found collecting drawings by 16th and 17th century Schaffhausen artists interesting from both an artistic and emotional viewpoint. At the same time as he bought works all over Europe (from the Basel dealer Paul Ganz, for example) to enlarge his collection, he also added to historical knowledge about his city.

Daniel Lindtmayer and Co.
Daniel Lindtmayer is in fact the focus of this sale. It contains thirty-eight drawings by this artist, who made a major contribution to Swiss art during the 16th century but is little-known because there is not much information about him. A specialist in painting façades and stained-glass windows, he is represented in the Louvre through his preparatory drawings for the Abbey of Rathausen's stained-glass windows, and at the École des Beaux-Arts in Paris through a dummy notebook containing thirteen drawings of heads of angels, children, monks, Christ and soldiers. An additional page from this sketchbook will be presented at this sale: a "Study of Heads" in pen and black ink from 1595 (€15,000/20,000). Like Hugo von Ziegler, Lindtmayer spent a large part of his life in Schaffhausen. His work was influenced by Tobias Stimmer (1539-1584), Schaffhausen's other great artist, represented by a magnificent figure of "Saint Paul" estimated at €40,000/60,000, which could well have influenced Lindtmayer's own series of Apostles. Hugo von Ziegler sometimes ventured beyond his usual territory, and was interested in the Zurich artist Christoph Murer (1558-1614), who studied with his father, the glassmaker Jo Murer. The collector bought a major 1592 drawing by this artist from Hollstein & Puppel in Berlin in 1926. The subject is "Ecce Homo, King Caspar, the Madonna and Child and the arms of the Kundig and Pfyffer families" (€30,000/50,000), and it is a study for a stained-glass window for the cloister of the Cistercian Abbey of Rathausen (mentioned earlier), near Ebikon, in the canton of Lucerne. This was one of the biggest commissions of the 16th century: 67 arched stained-glass windows in all, illustrating the Life of Christ. Lindtmayer was also involved. By a happy chance, some windows have survived; eighteen are now in the Schweizerisches Landesmuseum in Zurich, and twelve in the Metropolitan Museum in New York. But the one based on this drawing, with its complex composition and highly realistic figures, has unfortunately been lost. Another Zurich-born artist, Jost Amman (1539-1591), moved to Nuremberg in 1561, where he spent most of his career, and became a famous engraver and portraitist in the line of Dürer. On offer at €40,000/60,000, his 1570 pen and black ink drawing, bought in 1925 from Hollstein & Puppel, features a theme he often returned to his work: "Lot and his Daughters". We end on a feminine note with the Swiss artist Angelica Kauffmann (1741-1807), one of the main exponents of European neo-Classical painting. The drawing by her for sale here, perhaps of "Coriolanus leaving his family", might illustrate a scene from Shakespeare's eponymous play. Stylistically similar to the pieces she produced between 1780 and 1790, it evokes Angelica Kauffmann's artistic relationship with great masters like Joseph-Marie Vien and François-André Vincent. A sale halfway between tradition and modernity.