This album of 30 Indian paintings from the Pierre Maurs Collection highlights the elegance of the “Provincial Mughal” style. 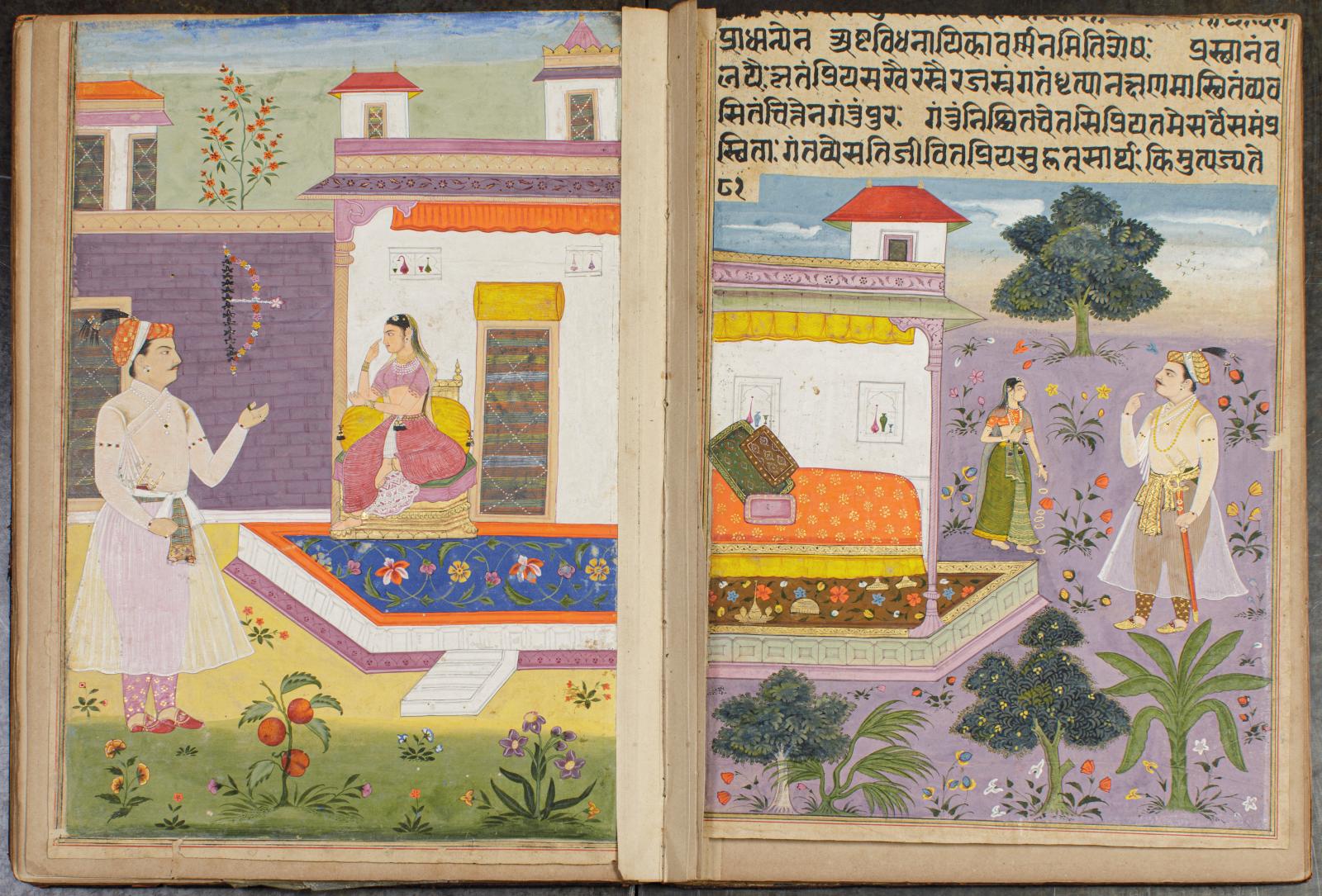 As his collection shows, Pierre Maurs (1908-2000) loved modern painting, but his natural curiosity led him to Asian and Oceanic art. This outstanding album from the first quarter of the 17th century, which belonged to a 19th-century English collection before being acquired by Maurs, depicts the love of Amar Chattar and Sundari Virda. The sheets are bound in a brown morocco European binding.

Datable to the late 16th or early 17th century, the paintings are in the “Provincial Mughal” style, which puts them into a specific political and cultural context: the decline of the Mughal Empire and the rise of rival sovereigns in various provinces. While the paintings draw from local cultures, they nevertheless illustrate the typically Mughal taste for naturalism, which is visible in the treatment of the trees, carpets and flowers and in the poetry they emanate.

It is not necessary to understand Rajasthani to grasp that the album’s hero, Amar Chattar, was an important ruler. He wears a beautiful turban and jewels—and carries weapons. Amar is smitten by a beautiful young courtesan named Sundari Virda. He may actually be Maharana Amar Singh I, the ruler of Mewar from 1597 to 1620. A major figure at the time, he was a bitter foe of the Mughal court, which he long stood up to before surrendering in 1615. His large court attracted many talented artists in search of lucrative commissions. One of them undoubtedly contributed to the famous Birla Razmnama, a 1605 album whose paintings are similar to these 30 miniatures.