A Judith painted on stone 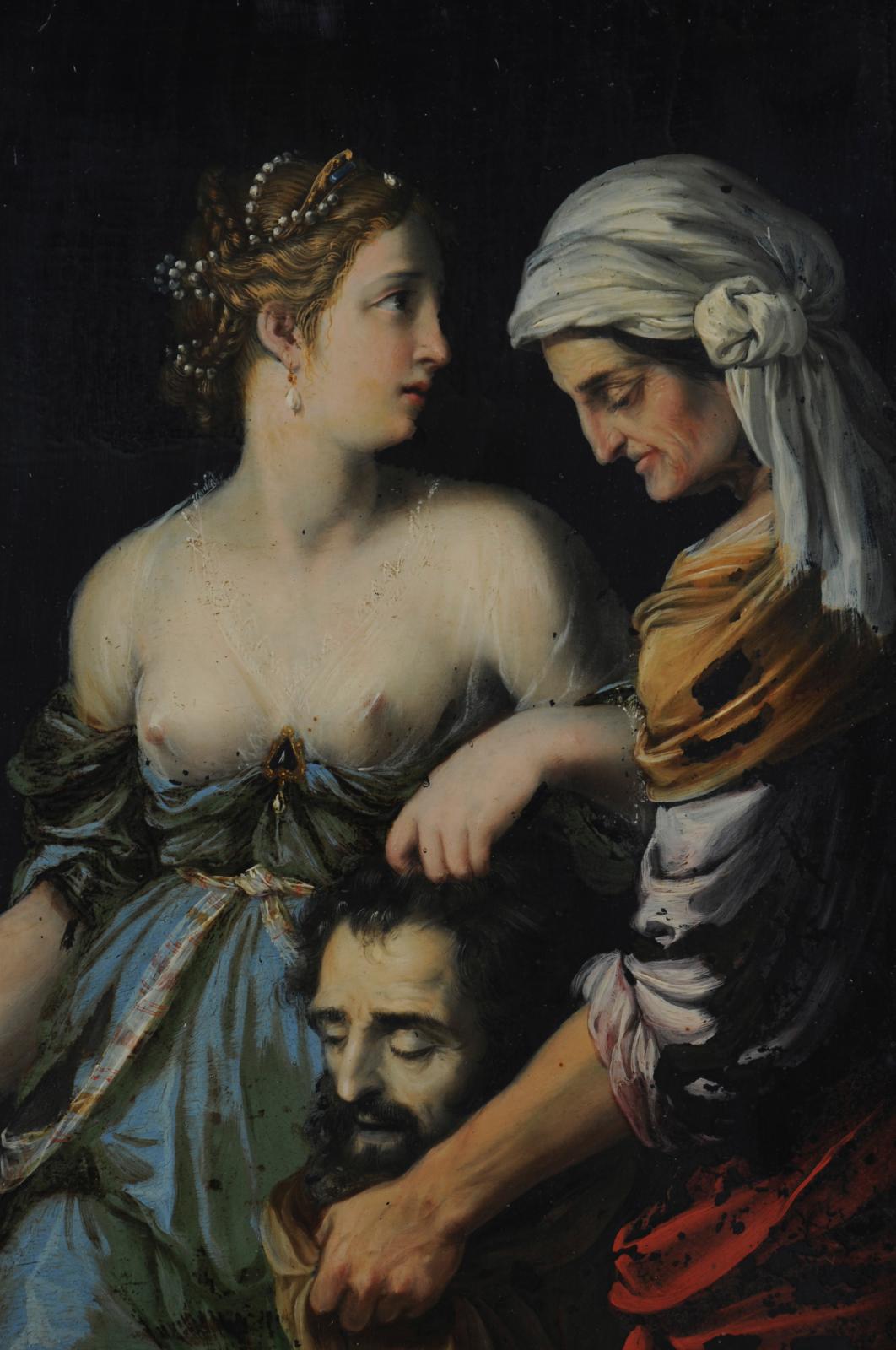 This small picture making its debut at auction encapsulates the delicate art of Jacques Stella. Two telling factors could up the bidding: it is painted on slate, and it has the master's signature carved into it. Its two figures are well-known to art lovers: Judith and her maid, accomplices in the assassination of Holofernes. This dramatic subject was set to become a favourite theme with artists during the Renaissance and the glorification of the Baroque. Jacques Stella made it his own through this little masterpiece, whose composition harks back to works of the previous century. Elegant and fragile, it harmonises perfectly with the very nature of its somewhat surprising medium: a sheet of slate. This aspect reminds us that Stella was also famous for his output of (generally small) paintings on different kinds of stone. Marble, onyx and lapis lazuli were his favourites, but he also used slate, extracted from Lavagna, near Genoa. The artist probably learned this exquisite technique during his long period in Italy, in first Florence, working for the Medici, then Rome, his home for twelve years, where he received commissions from Pope Urban VIII and the Barberini. This painting (discovered in a property near Angers by auctioneer Xavier de La Perraudière) could well date from his early career, between the beginning of his Italian period and his return to Paris. This theory is backed up by two inventories of the time listing this subject painted on stone by Stella: one indicating its purchase by Cardinal Scipione Borghese in 1631; the other proving that it belonged to the Maréchal de Créquy in 1634. Another important detail is that it is the only known painting on stone bearing the artist's signature directly carved on the back, in handwriting identical to those found on his engravings and drawings, like the 1631 "L'Adoration des Bergers" now in the Louvre.