Under the Protection of Maahes: A Rare Egyptian Bronze 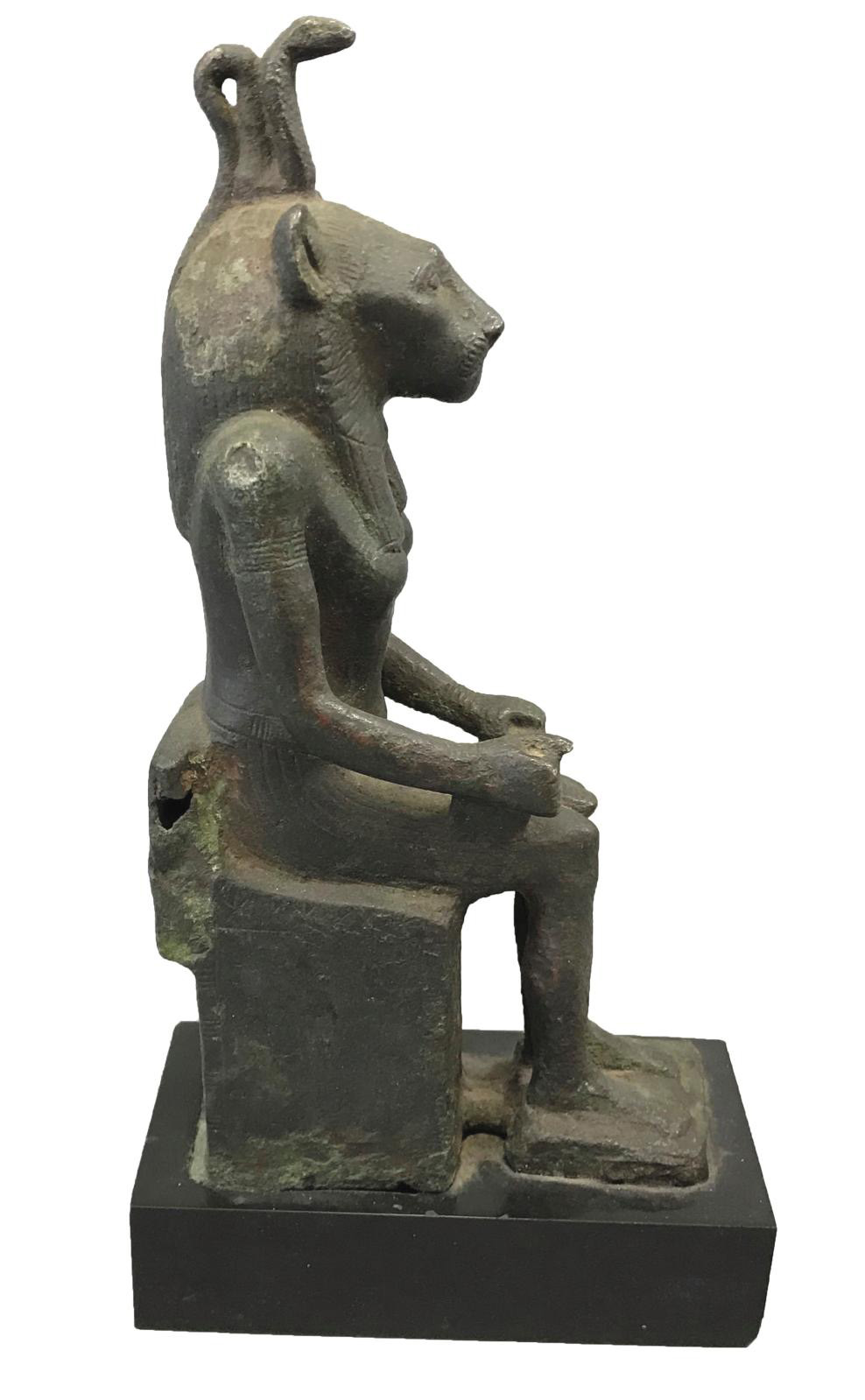 This statuette catches the eye with its size—over 22 cm/almost 9 in. high—painstakingly executed head, fine features and slender silhouette. The old base attests that it comes from a private collection dating from before the 1960s. It should not fail to win over those interested in likenesses of Egyptian deities, especially since this one, Maahes, is rarely depicted. Much less famous than his mother Bastet, the feline goddess, he, like most divinities with a leonine appearance, is also a god of war. Sekhmet’s successor during the New Empire Period, Maahes fought alongside Ra against the serpent Apep and protected the pharaoh in battle. He was also considered the guardian and lord of horizons.

This work belongs to the great period of Egyptian bronze production that stretched from the Third Intermediate Period (1069-664 BCE) to the Ptolemaic dynasty (332-30 BCE). “The Egyptians were not great bronze makers, in particular, because the country was poor in tin, which is indispensable to make it," says expert Daniel Lebeurrier. However, many of the successive reigns during the Third Intermediate Period were of Libyan, Nubian and Assyrian origin. Since these rulers brought their own culture and artistic practices with them, bronze production became increasingly important. Mr. Lebeurrier says this statuette can be dated to the Early Late Period, more exactly the XXVI-VV dynasties (664-525 BCE), when the Egyptians defeated the Assyrians and returned to power, allowing the country’s unification. The pharaohs revived the old style, especially that of the New Empire, whose features this statue displays.