The typographic excellence of "The Nuremberg Chronicle"

A keen lover of history, literature and international relations built up an exceptional library over the years. His family is now putting part of it up for sale, including a Nuremberg Chronicle: a richly illustrated incunabulum. 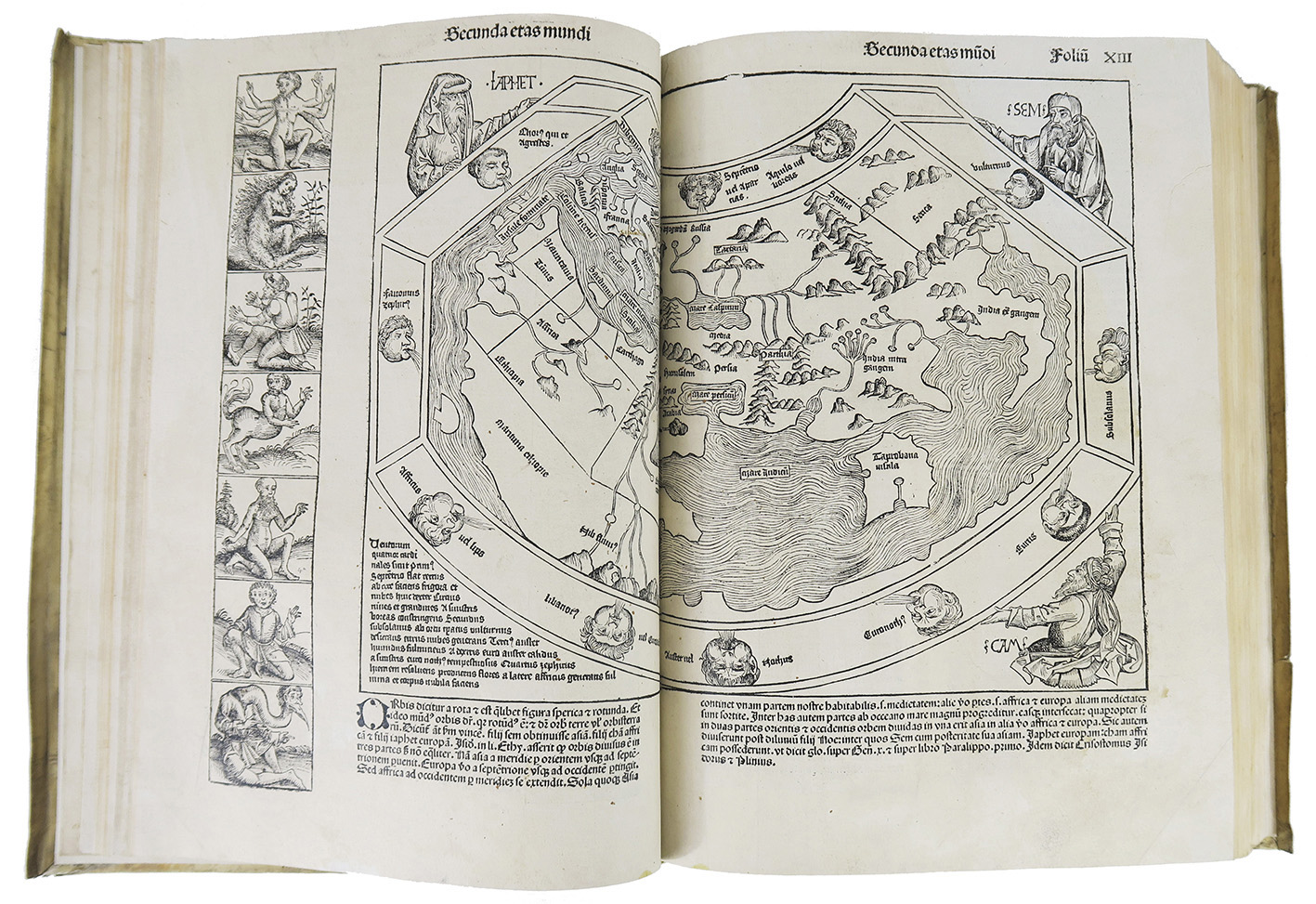 A journalist in France and then Poland, Frédéric Decazes de Glücksbierg (1958-2018) founded the Nicolas Jenson publishing house in Tours, in Western France. Making his passion his work, he opened an art gallery and then created a company specializing in antiquarian books and objects, while collecting writings connected with the history of his family from Libourne, in the Gironde. A descendant of Élie, the first Duc Decazes (1780-1860: a minister of State close to Louis XVIII and founder of Decazeville), he meticulously and methodically built up a library, mostly through auctions, where rare editions rubbed shoulders with more recent literary works. The most sought-after is a first edition of The Nuremberg Chronicle, a richly illustrated incunabulum (an early printed book, notably before 1501) that demonstrates late 15th-century typographical perfection. The book, beautifully restored, contains 1,80 engraved figures produced with 645 different woodcuts, including numerous Biblical scenes, portraits and historical events, as well as 119 representations of cities and monuments. Family trees with coats of arms, a map of the world and one of Europe (by Wohlgemuth and Pleydenwurff) also feature in this work by the Humanist Hartmann Schedel, a historian from Nuremberg, and one of the first cartographers to use printing presses.