The Rolex, Comex "Sea-Dweller" Is Bound to Make a Splash

The Swiss watch brand Rolex will once again draw all eyes with a highly sought-after 1980s Comex "Sea-Dweller" model: the famous "Triple 6". 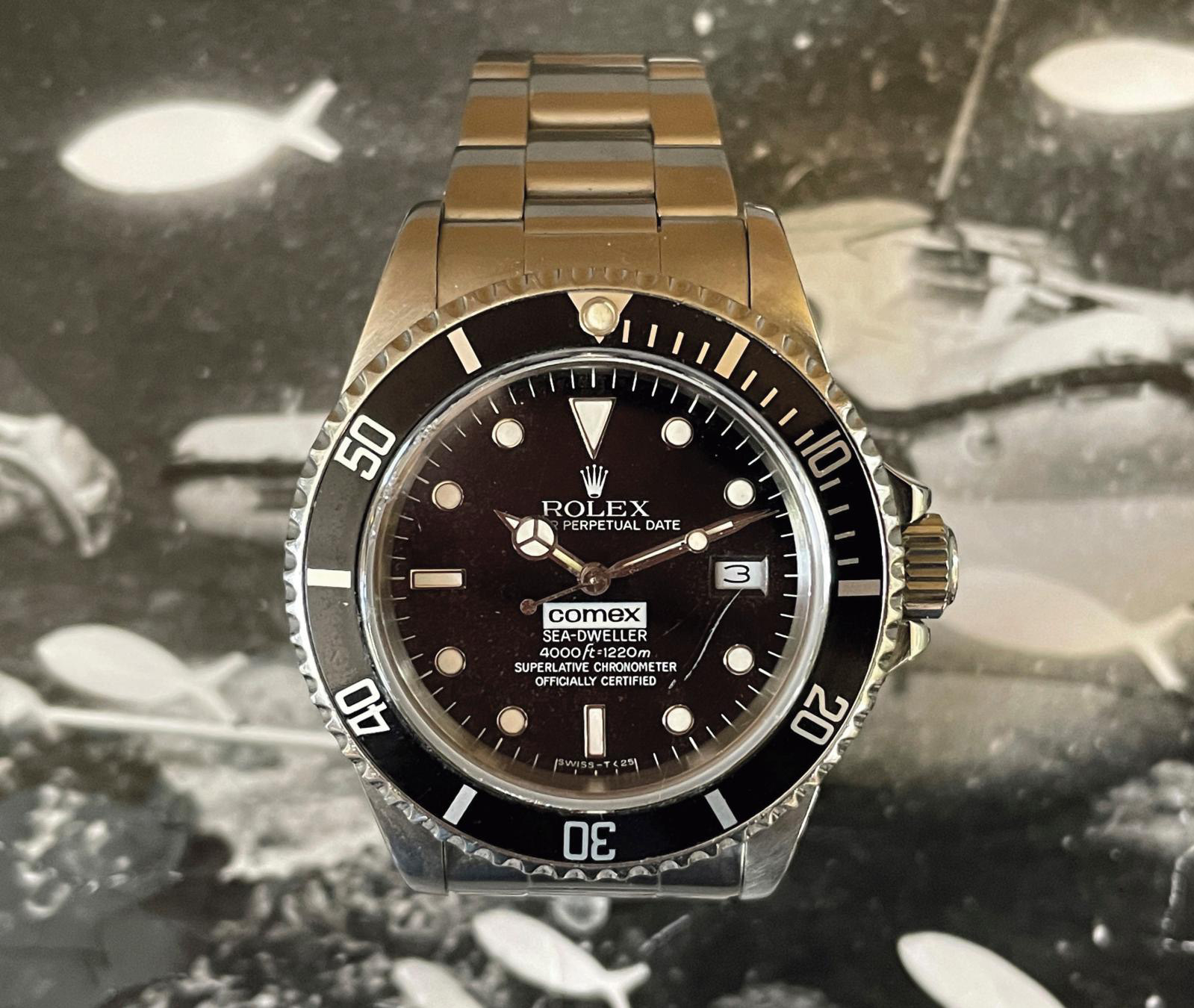 In the 1970s, Rolex joined forces with the French company Comex (Compagnie Maritime d'Expertise) at the initiative of the Swiss watch brand's president, André Heiniger. At the time, the Marseille-based company, specializing in maritime techonology, dedicated to underwater research symbolized adventure with world-famous divers who went down to extreme depths. They were then each issued their own Rolex watch, to be worn during their missions. Two models were created in the context of this partnership: the "Submariner" and the "Sea-Dweller". The watch here belongs to the latter category—more precisely, the second of its three references: 16660, known as the "Triple 6".

The first Sea-Dweller, produced in 1967, was designed to assist divers at considerable depth with its extraordinary water resistance. Meanwhile, the 16660 reference appeared in 1980. This stood out for its new technical and aesthetic characteristics: the caliber 3135, a sapphire crystal and a more pressure-resistant case, thanks to the helium escape valve. It can be taken to a depth of 4,000 feet (1,220 meters). Originally, the 16660 was to have a glossy dial, but some of the matte dials of the previous reference 1665 remained in the workshop, so the first examples were fitted with these. Glossy dials only appeared in later examples, as with the one here. Dated 1986 and kept in the family of its very first owner until now, this watch is one of the most sought-after by collectors in this configuration, with a glossy dial and circled indexes. Only about 50 examples were delivered to Comex.