This oil on canvas from Pierre Tal Coat’s mature period sums up the Breton painter’s whole philosophy on the visible and the invisible world. His goal: to reveal the universe. 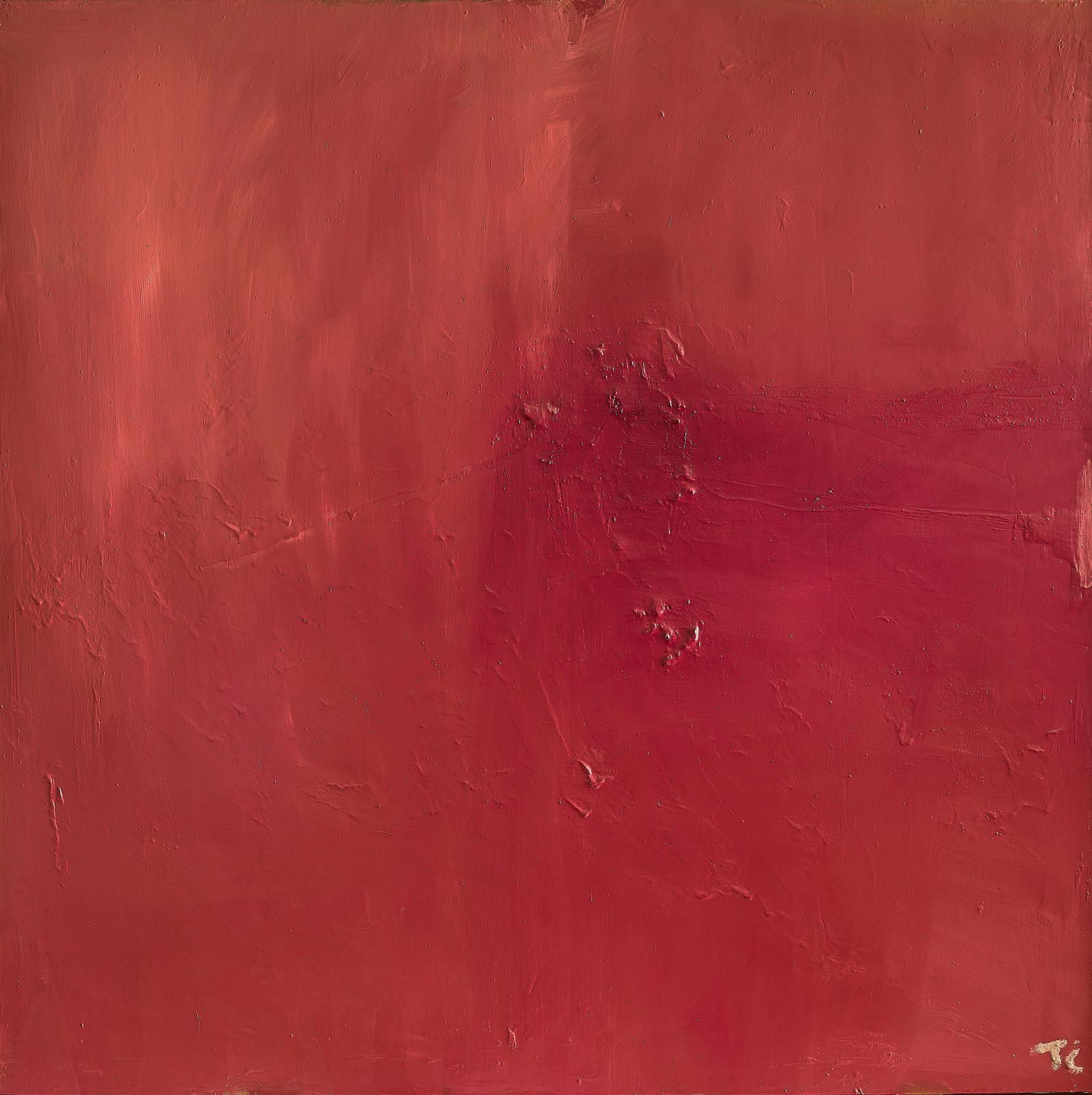 “The surface reveals what lies beneath,” as Pierre Tal Coat once said. throughout his career, the artist who named himself “wood face" in breton tried to shatter the space-support of the canvas by deploying it towards a moving space that was none other than the universe itself. He let the contained form appear in silence: he did not create it, but simply helped to give it birth.

According to Tal Coat expert Xavier Demolon, this work, Couchant (Sleeping), was painted in 1978. Color and brushstrokes are neither homogenous nor flat, but on the contrary breathe life into the painting. an almost organic form seems to emerge, appearing and disappearing at once. Tal Coat called the appearance of things and the movement of light in painting “phenomena”. What may at first glance look like an abstract painting is anything but. As the artist put it, “The living world is what matters.” He intended nothing less than to “put an end to the blind antithesis between the figurative and the non-figurative”. According to him, every part of the living world contains life in its infinitude. His works are not pure, flat colors, but the theater of a profound dialogue between art and nature, a meditation on the world. His reflections on his environment are expressed in primitive, universal representations, not through the system focusing on perspective and the visible world developed during the Renaissance.

Born a fisherman’s son in Finistère, Brittany, Tal Coat had an immensely sensitive relationship with nature. With a keen eye for the shadows in light, trembling leaves, moving water and rough tree bark, he recorded a host of details on his long walks in Dormont, near Vernon, where he moved in 1961 and died in 1985. In his studio, the painter transposed them into colors with bright pigments that he made himself, influenced by his passion for cave art and geology—nature at its most fundamental.

PRIMITIVE ARTS - MODERN PAINTINGS - DECORATIVE ARTS OF THE 20TH CENTURY
Salle 5 - Drouot-Richelieu - 9, rue Drouot - 75009
Jean-Marc Delvaux
Info and sales conditions
Catalogue
Newsfeed
See all news
The Substation, a Pioneering Singapore Arts Space, Will Close Permanently
Italian Art Professionals Come Together in New Project
MoMA Plans Major Cézanne Exhibition
Spanish Museum Plans to Return Two Works Plundered by the Nazis to Poland
Not to be missed
Pre-sale
Zhang Xiaogang, Painter of a Lost Generation
Like a quest for identity, her anonymous portraits revive a memory…
Pre-sale
Furniture with all the Artistry of Eclecticism
The bold shape and virtuoso bronzes of this Louis XV-style cartonnier…
Pre-sale
Jean-Michel Folon: Creator of the Elements
Standing nearly three meters high (nearly ten feet), this iconic…
Pre-sale
The Inner World of Yves Tanguy
The top place is bound to go to this 1950 painting: a gift from…