While bronze copies of François Pompon's sculptures are fairly common, marble editions of his famous animals are very rare. This little piggy will attract plenty of attention. 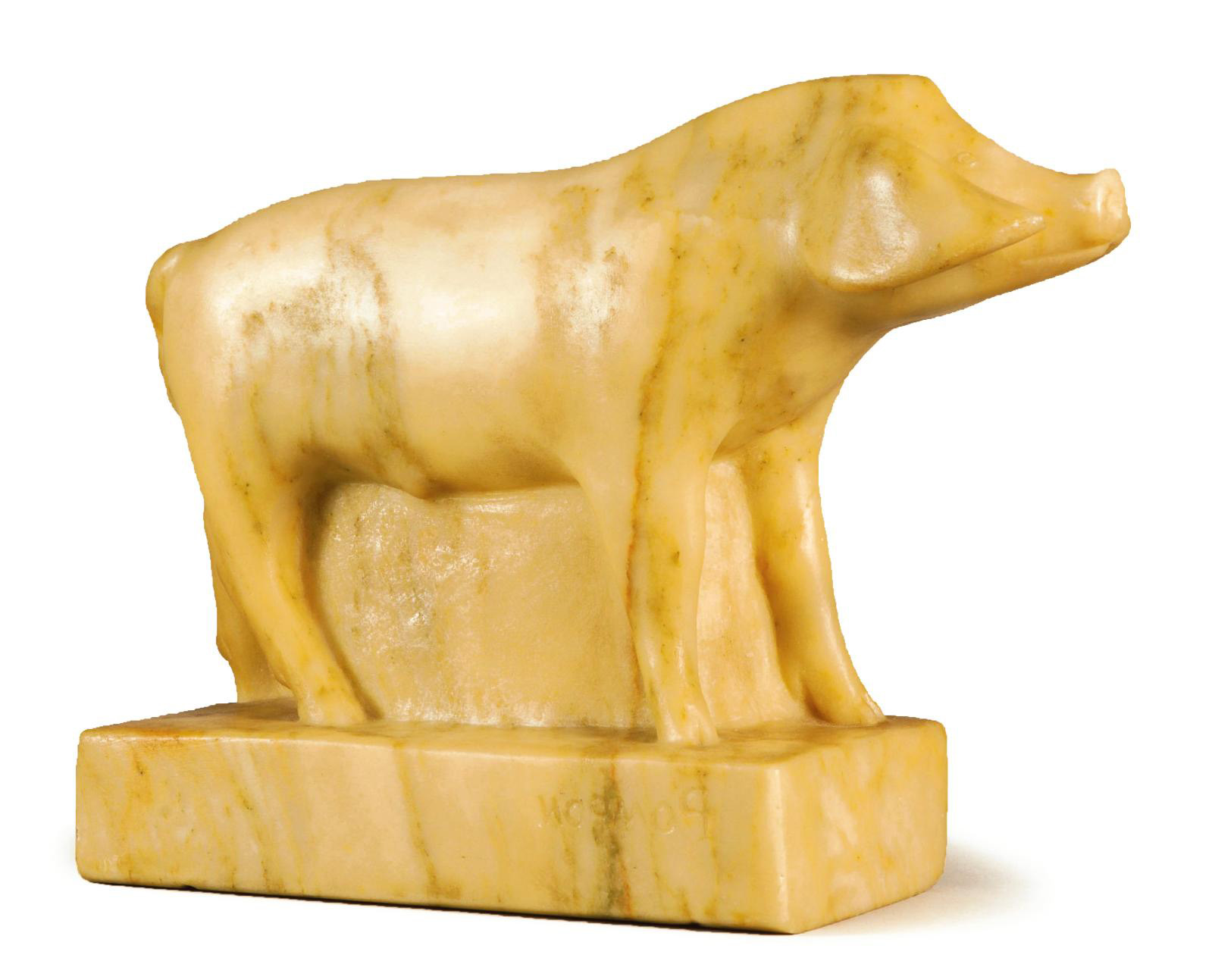 All pet pig fans, and maybe even George Clooney himself, will fall under the spell of this adorable piglet, which François Pompon made using the semi-direct carving technique c. 1924–1925. It is listed under number 41/E in the artist’s catalogue raisonné and was acquired in 2011 at Artcurial Deauville by the collector who is parting with it today – both guarantees of the work’s authenticity and quality.

Pompon trained for years with a marble sculptor in Dijon. He became a master stone sculptor so early in his career that Rodin entrusted him with carving some of his marbles during the time Pompon spent in his studio. In 1929, his famous Ours blanc (White Bear) in Lens stone entered the musée du Luxembourg, in Paris, crowning his success.

Pompon’s vision of his art brought forth the young pig’s modern silhouette. The artist focused on the subject’s overall form and its shape in space. Applying the principle of the golden ratio, he inserted his work into a geometric framework, giving the entirety of the sculpture the necessary stability, accentuated by the base, and its timeless character. Pompon knew how to skillfully simplify forms. He would free the animal from the stone within which it was trapped before polishing the surface in search of the light that would give it life. "Touch it and you'll feel all the bones," he said when asked about the lack of bone structure and exterior detail. This totally modern – and fundamental – vision of animal sculpture surprised collectors at first, but they soon came around to Pompon’s new concept of life revealed only by a pose, a movement or strong, suggestive lines.