The Op Art of Vasarely and the Discourse of Descartes

This painting by the master of optical art has never come up for auction. Echoing the work of Descartes, it was made soon after he discovered pure, elementary form. 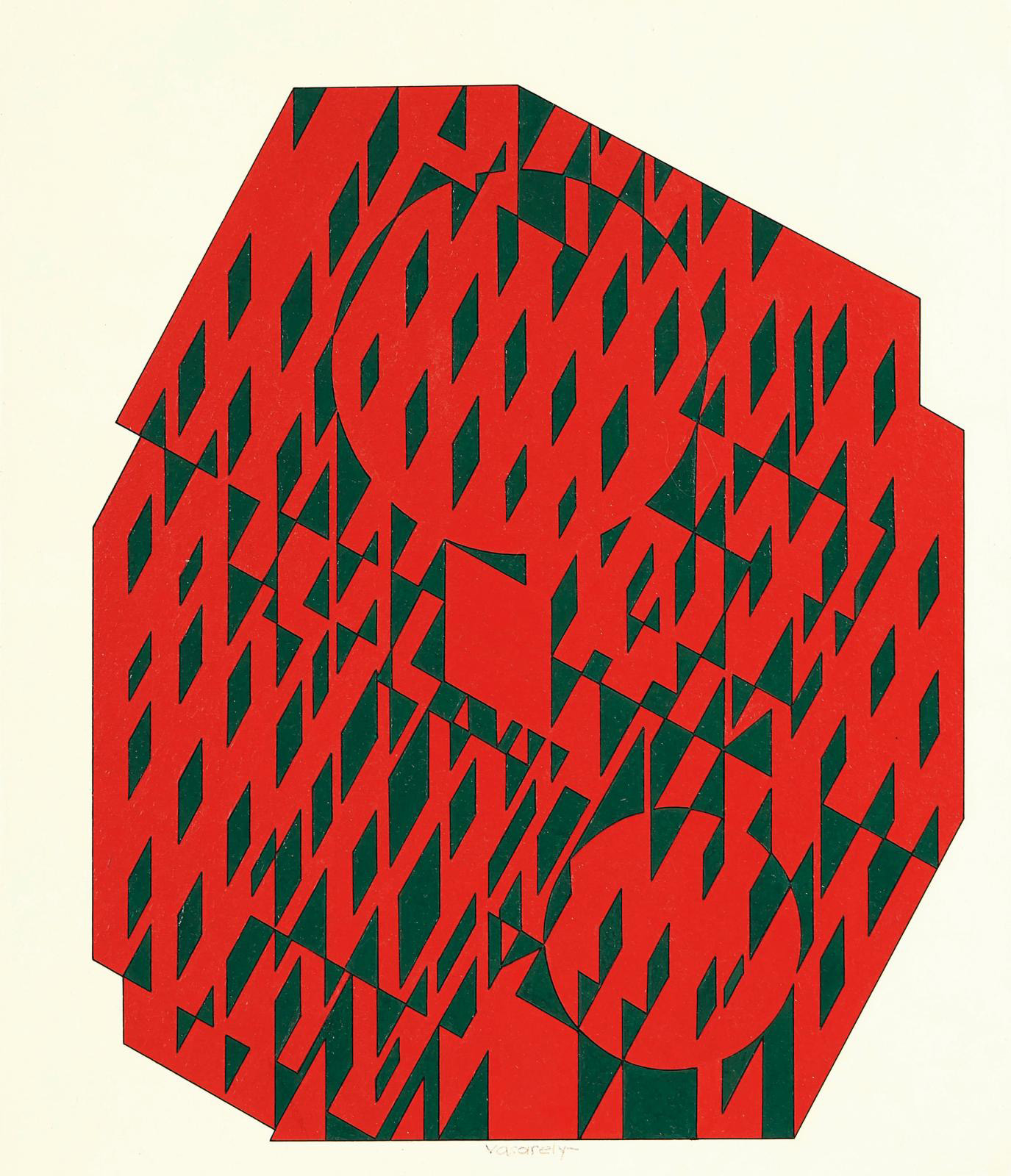 Born in Pécs, Hungary, Victor Vasarely switched from medical to art school in Budapest before attending the Bauhaus and working as an advertising graphic designer in Paris. The young artist had been living in France for 17 years when a revelation came to him on a Belle-Ile beach in 1947: he was mesmerized by the tide ebbing and flowing over the round, flat stones and amazed by the “internal geometry of nature”. Vasarely had already experimented with optical art, but this event confirmed that he was on the right track. As a Cartesian, his development necessarily had to be scientific. Over time he achieved increasingly complex graphics where colors—first and until 1960 only black and white—stood in opposition to each other.

Vasarely published his theory in a 1955 book, Le Manifeste jaune (the yellow manifesto). The same year, he participated with Alexander Calder, Marcel Duchamp, Jesús Rafael Soto and Jean Tinguely in a show called “Le Mouvement” at Denise René’s Gallery, which had opened on rue de la Boétie in 1944 with a Vasarely exhibition. In the 1960s René also published a book of 22 silkscreen prints and two multiples featuring the main works in the “Descartes” series, to which our 1959 acrylic Nethe-Rouge with archive number 3089 belongs. There is a close connection between the painter and the philosopher: both have a similar approach. Descartes supplemented his 1637 Discourse on the Method with three scientific treatises: Dioptrics, Meteors and Geometry. Sharing his faith in reason and science, Vasarely sought to depict elementary life based on scientific and optical concepts. He also shared the philosopher’s didactic aims, desiring through his work to transform not just the viewer, but all of society as well.