In the footsteps of Étienne Dinet

The 2000s were years that saw conspicuous success for the Orientalist painter, but nowadays his works come on the market less often. 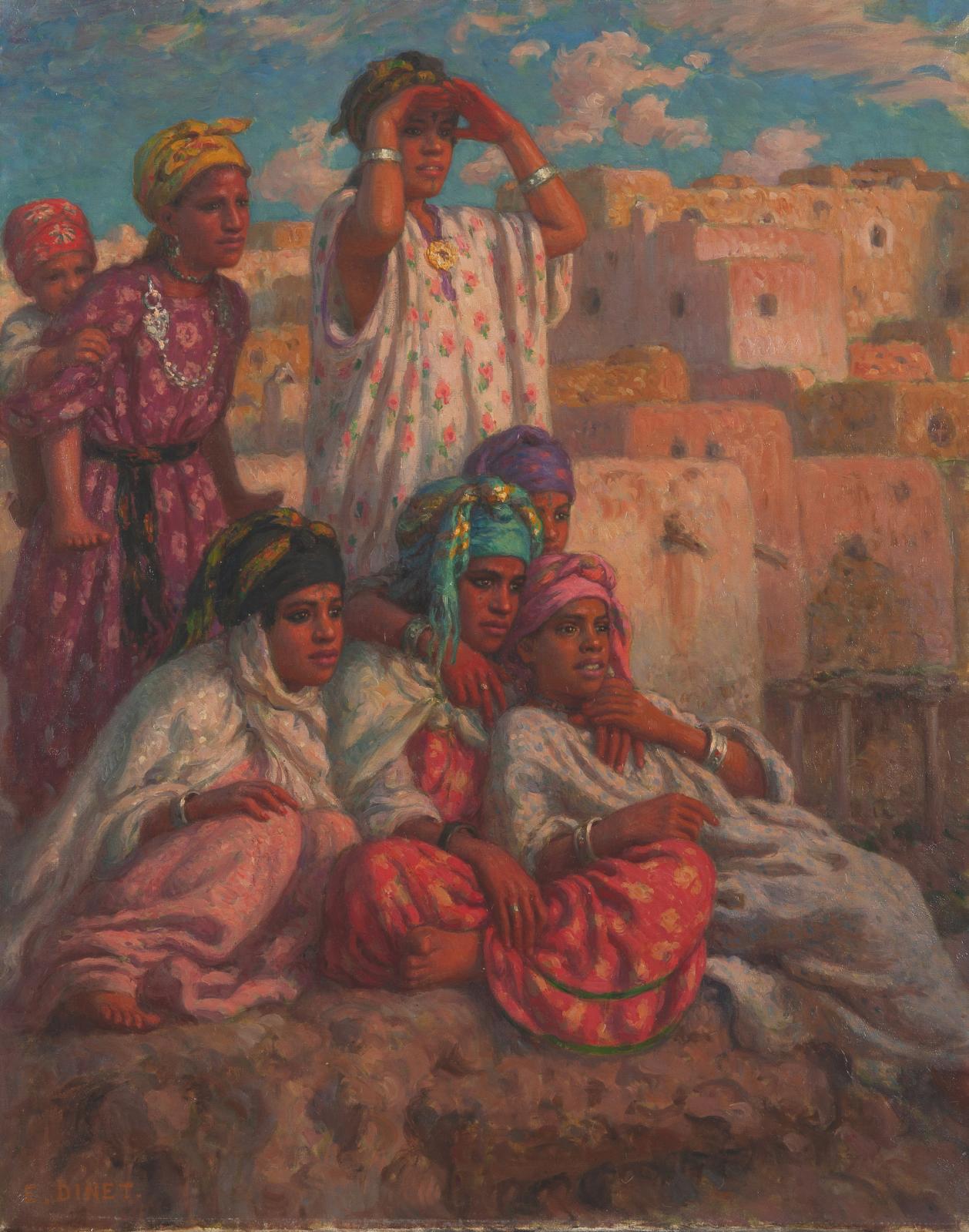 On June 11, 2007, a Bird's Eye View of the Palm Grove, Bou Saada garnered Dinet a world record with Gros & Delettrez of €1,920,760 (source: Artnet). A few months later, with the same auction house, two other bids of over a million went to other works by the artist: Fighting Over a Sou in Laghouat, 1889 and Young Women Bathing at the Edge of the Wadi. Since then, things have gone a lot quieter.
In 1884, Dinet was invited to explore the Algerian desert by his friend Lucien Simon. The journey triggered a love affair with the country and its inhabitants that lasted for the rest of his life. Dinet converted to Islam in 1913 and decided to spend time in Bou Saada, his second home. His first works were mainly studies of vibrant, light-filled landscapes. Then he began painting full-length figures in around 1889. During this period, he became more interested in rendering light than depicting human emotions. He found inspiration for his exotic vein in Bou Saada, Biskra and Laghouat: places where he spent his summers in turn. Returning to Paris every winter to paint his pictures, he took part in Salons (in the French capital as well as Antwerp and Algiers), where his paintings were enormously successful. We can safely bet that this touching and authentic scene will be greeted as warmly.

ART MODERNE & ORIENTALISME
Salle 6 - Drouot-Richelieu - 9, rue Drouot - 75009
Drouot Estimations
Info and sales conditions
Catalogue
Salerooms
Newsfeed
See all news
Frieze New York is Coming Back in May
Museums Permitted to Reopen in Six Italian Regions
A Mysterious Tanguy Work is Up for Auction
Stunning Discoveries in Saqqara
Not to be missed
Pre-sale
Sacred Objects of Mexico
Like the standing figure from the pre-Teotihuacan culture on the…
Pre-sale
18th-century Sculptors and Cabinetmakers
Fine 18 th century furniture has become a somewhat rare commodity…
Pre-sale
Deep-Sea Diving in Luxury
Rolex watches are omnipresent in auction rooms and increasingly…
Pre-sale
An English Passion
This pair of lidded vases in soft-paste Sèvres porcelain decorated…