In the Footsteps of Camille Pissarro…

Fourteen paintings by the great names in modern art—including Bonnard, Pissarro, Dufy and Valtat—once belonging to the Moch collection open this early evening sale of 19th and 20th-century works. 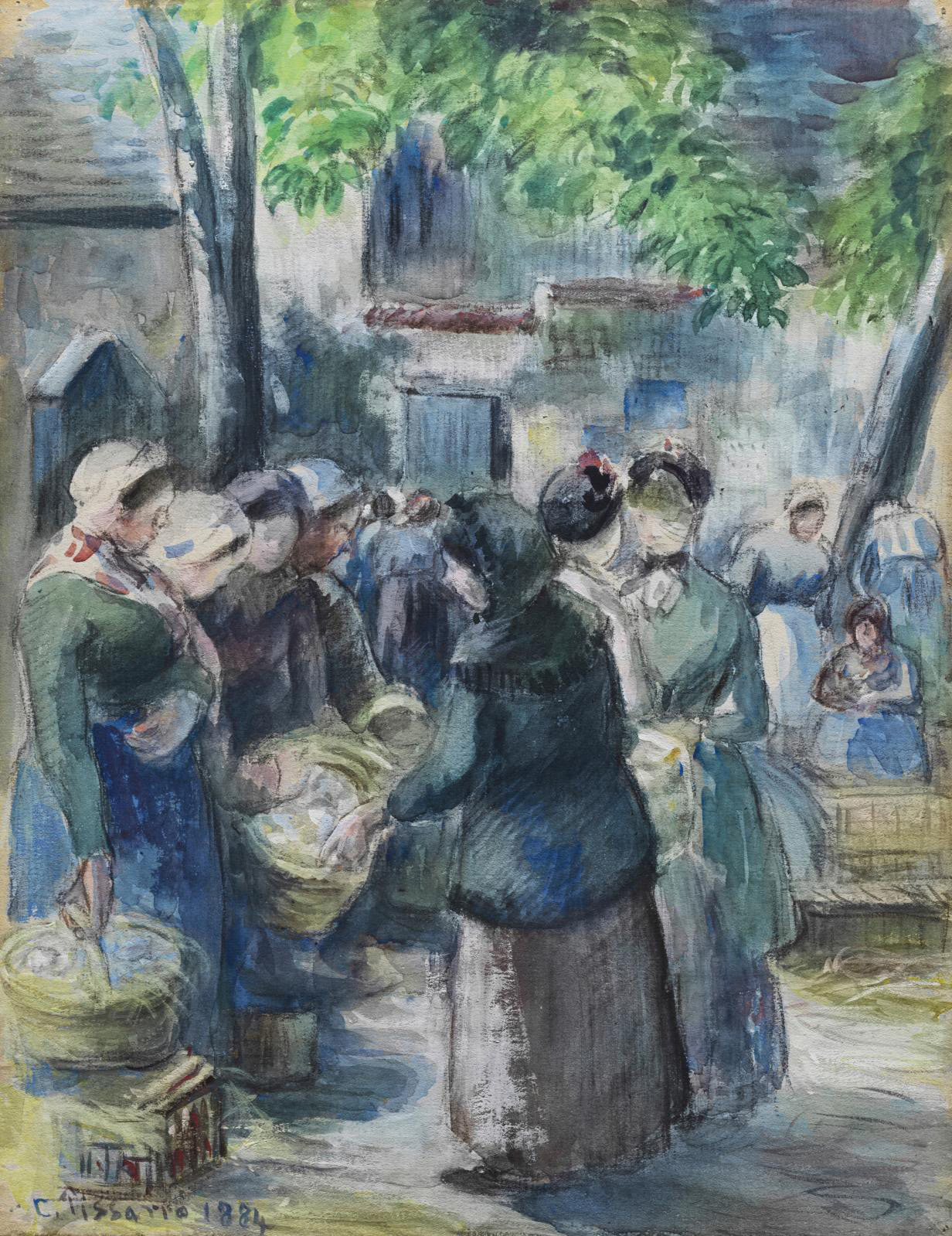 On May 22, 2012, in Paris, Christie's featured 26 works from the collection of Jeanne and Fernand Moch, a textile industrialist who died in 1945. They included a Gardeuse d'oies (Goose Keeper) by Camille Pissarro, and a Femme en rose dans un paysage à Cagnes (Woman in Pink, in Cagnes) by Pierre-Auguste Renoir. The Musée d'Orsay has an 1888 painting by Vincent Van Gogh, La Nuit étoilée (Starry Night) from the same collection. The fifteen-odd works sold today come from their direct descendants.

Maurice Utrillo enlivens the once-deserted streets of Montmartre with small silhouettes seen from behind, with their increasingly generous forms, at the foot of the Moulin de la Galette, Paris (canvas, c. 1925, €40,000/60,000). A well-known painting by Pierre Bonnard, Le Régime de dates (The Bunch of Dates), 1912, exhibited the same year at Bernheim-Jeune, is expected to fetch between €80,000 and €100,000.

Finally, though Pissarro quickly took a liking to the reflections of the Oise river when he moved to Pontoise in the 1870s, he retained a special affection for its rural landscapes and picturesque markets, where his wife Julie, who maintained the family vegetable garden, often went to sell vegetables. Two watercolors by Pissarro depicting Le Marché à Pontoise (The Market at Pontoise: see photo), from 1884, could well be pushed beyond their estimates of €30,000/40,000 (each), as works of this quality and period are almost impossible to find on the market.

MODERN & CONTEMPORARY ART
Pierre Bergé & Associés - 92, avenue d'iéna - 75116
Pierre Bergé & Associés
Info and sales conditions
Catalogue
Newsfeed
See all news
We will be on vacation from July 23rd - August 23rd. Wishing you a great summer and see you in September!
Santiago Caltrava Renovates San Gennaro Church in Naples
50% Funding Cuts for Arts and Design Courses Approved by UK Government
Instagram’s New “Sensitive Content” Controls Cause Concern Amongst Artists
Not to be missed
Pre-sale
Under the Protection of Maahes: A Rare Egyptian Bron…
This well-sized bronze statuette dating from Egypt’s Late Period…
Pre-sale
The Op Art of Vasarely and the Discourse of Descarte…
This painting by the master of optical art has never come up for…
Pre-sale
Lalanne and the Charging Rhinoceros
This bronze sculpture with an enamel patina, which is from a private…
Pre-sale
From the Abstraction of Viallat to the Silk Paintings…
Two worlds will come together in Nîmes: those of Vietnamese painter…