This peaceful waterside scene by Le Van De looks set to inspire quite a battle, since works by the Vietnamese artist rarely come on the market. 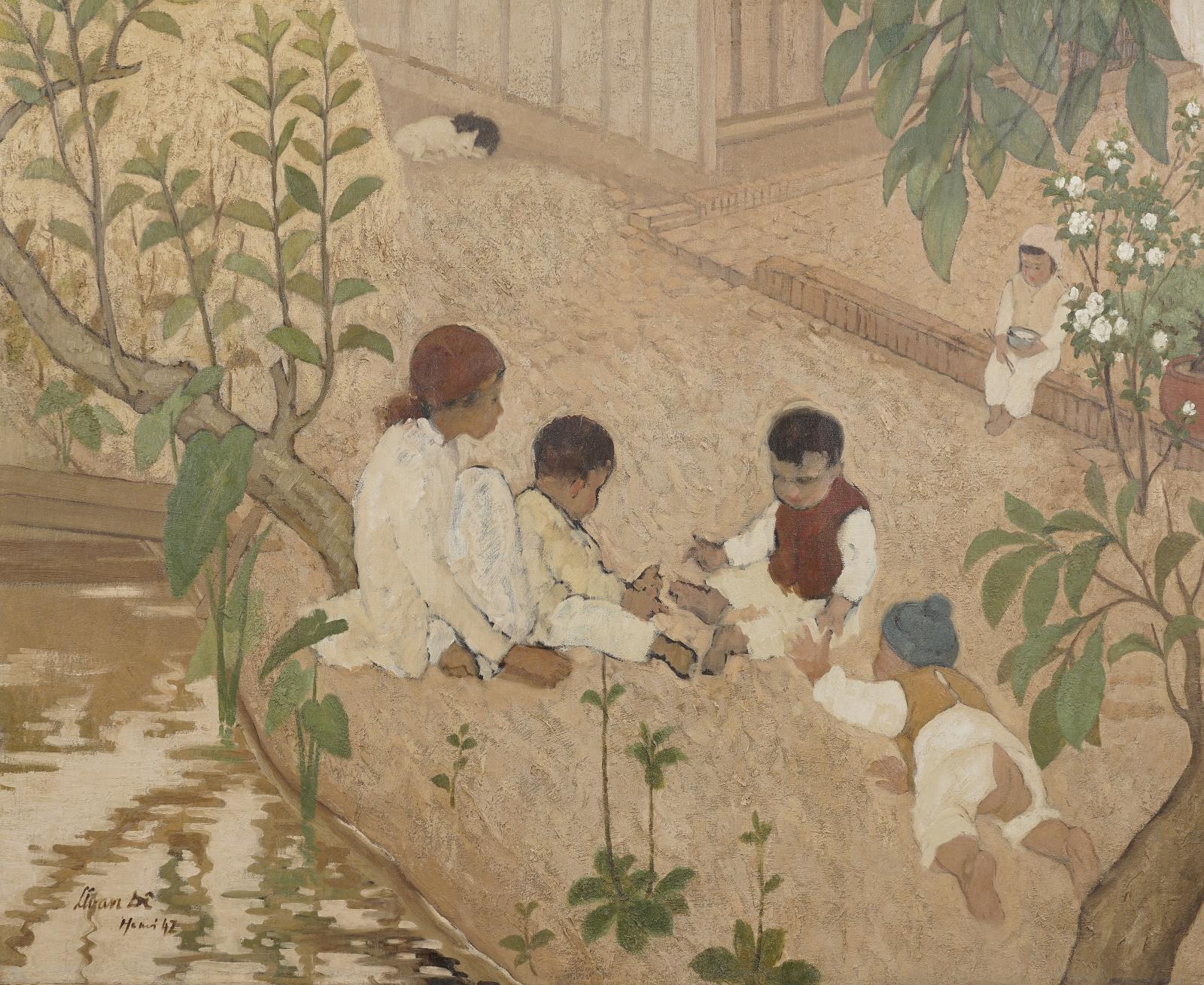 Nothing seems to disturb these children at play, not even the sleeping dogs seen at the top of the composition. The very water seems motionless… nor does anyone notice the painter, the unobtrusive witness to these games. Like his contemporaries, Le Van De came from Ben Tre province in Vietnam. Again like them, he was part of the first intake of students at the Fine Arts School of Indochina in 1925, and travelled to Paris for the Colonial Exhibition six years later. Faithful to his Catholic education, he went to Rome to take part in a show in 1936, and first received public acclaim in Europe. On returning to his native soil in 1939, he became director of the Fine Arts School of Saigon. He drew inspiration from Vietnamese and Chinese sources, and, perhaps more than his compatriots, his work was firmly rooted in the traditional art of his country. He was a keen exponent and teacher of painting on silk. Here his palette, composition and touch are reminiscent of Vietnamese lacquers. In 1948, he designed the national flag of Vietnam: a gold background with three horizontal red bands – the country's two traditional colours.

art d'Asie
Salle 13 - Drouot-Richelieu - 9, rue Drouot - 75009
Boisgirard - Antonini
Info and sales conditions
Catalogue
Salerooms
Results
News feed
See all news
New dates for the 35th Hyères Festival, in the South of France
Baltimore Museum of Art seeks to help the local arts community with $100,000 budget reallocation
Ancient Roman mosaic floor unearthed near Verona, Italy
The X museum slated to open this weekend in Beijing
Not to be missed
Pre-sale
From Carmontelle to the Val d’Osne
Initially planned for Sunday 29 march, this sale will be offering…
Pre-sale
As hours go by
Attributed to the Master of Luçon, this Book of Hours from the Beauvillain…
Pre-sale
By VCA
The beauty of natural stones by Van Cleef & Arpels in a set from…
Pre-sale
The Janine Saladin Collection
Around ten pieces of jewellery by Suzanne Belperron owned by a trailblazer,…