Across the centuries, Touraine brought together the Surrealist and the Renaissance master, to whom Max Ernst paid a vibrant tribute in this late work. 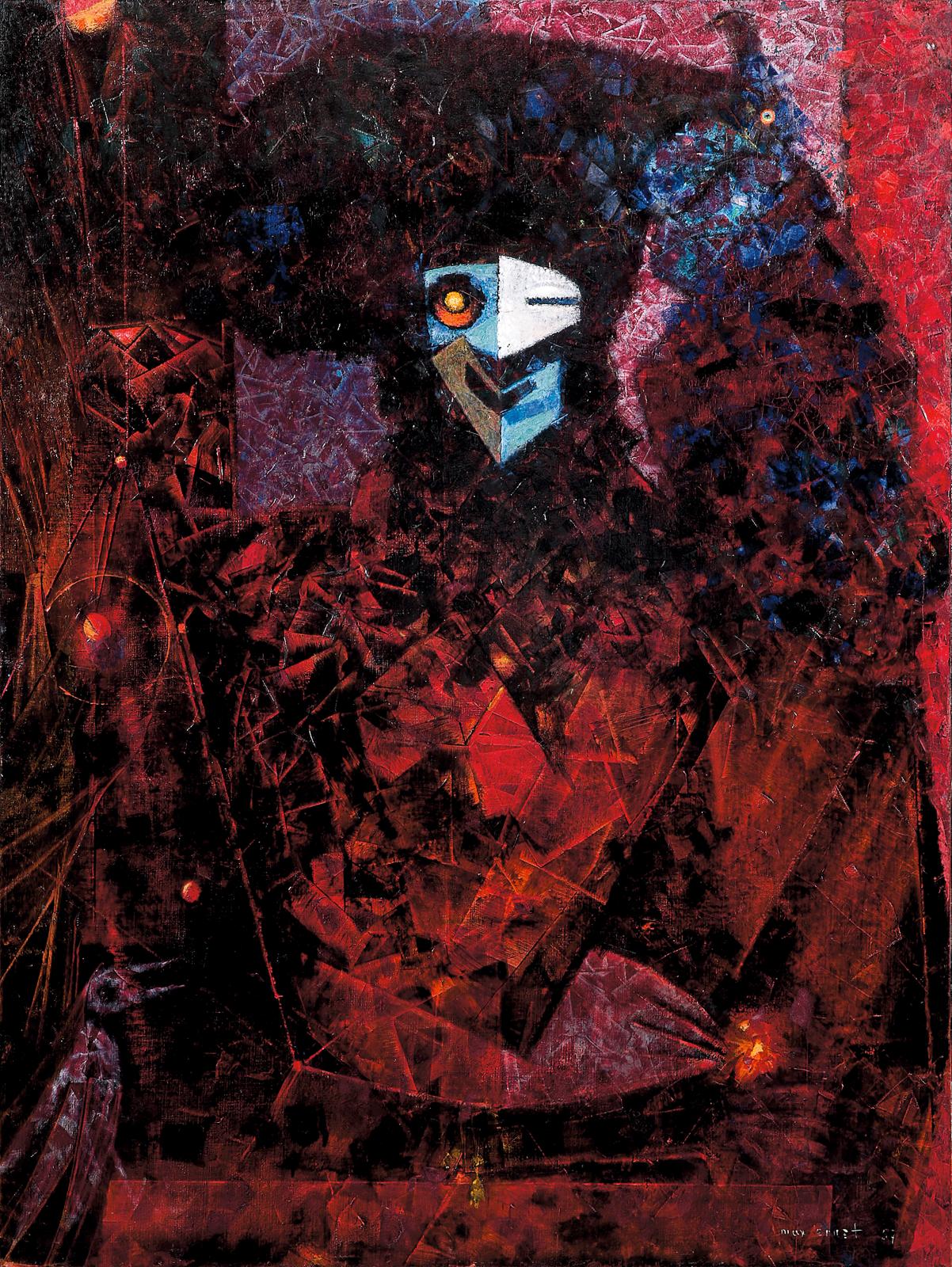 Though more than four centuries separated Max Ernst and Leonardo da Vinci, they certainly shared one thing: love for the land they adopted, the Touraine region, to which the German artist moved in 1955. It was a way of turning his back on Paris, where the face of art had changed considerably after the war. On his return from exile in America, it proved difficult for Ernst to find his place there, despite being awarded the Grand Prix for Painting at the 27th Venice Biennale in 1954 (which earned him André Breton's fierce disapproval). This was because Paris had now eagerly taken up abstraction and informal art: aesthetics that were foreign to Ernst. He retreated into his house "Le Pin Perdu" in Huismes in the Loire Valley, whose calm and gentle way of life he found highly conducive, and where he could freely focus on his work away from critical debate. For nearly ten years, he produced works characterised by a variety of techniques, styles and subjects, though they are less well-known than those of his Surrealist years in Paris and the US. His period in the region provided an opportunity to pay tribute to Leonardo da Vinci, whom he greatly admired. In 1925, with his "frottage" experiments, he took the Renaissance master at his word: "If you look at walls spotted with stains or with a mixture of stones [...], you will see strange faces and costumes, and an endless variety of things that you can transform into complete, well-conceived forms. " About thirty years later, a silhouette and a head with the profile of a bird (a recurring theme in Ernst's work) emerged from the material of this canvas. This Project for a Monument to Leonardo da Vinci is part of a series of paintings dedicated to the latter between 1956 and 1957.

ART CONTEMPORAIN
Salle 5 - Drouot-Richelieu - 9, rue Drouot - 75009
Aguttes
Info and sales conditions
Catalogue
Salerooms
Results
News feed
See all news
Planning for new museum dedicated to Le Corbusier begins
Virginia Museum of Fine Arts receives gift of over 8,000 Aaron Siskind photographs
Banker sentenced to jailtime for trying to smuggle a Picasso out of Spain
Domaine Royal de Marly museum, the Sun King’s hideaway, reopens
Not to be missed
Pre-sale
A new Ribera on the market
After Cimabue, Artemisia and the Master of Vyšší Brod, Paris is…
Pre-sale
The world revealed at last
This composite atlas printed in Nuremberg between 1753 and 1759…
Pre-sale
Picasso and the Minotaur
Through a complex iconography, Pablo Picasso exorcises his angst…
Pre-sale
The Brölemanns, Lyon bibliophiles
Kept in the same family until today, 260 works attest to the bibliophilic…