South Africa according to Pierneef

For the first time, a Western and an African auction house are teaming up for a thematic sale. The highlight will be this landscape by South African Jacobus Hendrik Pierneef. 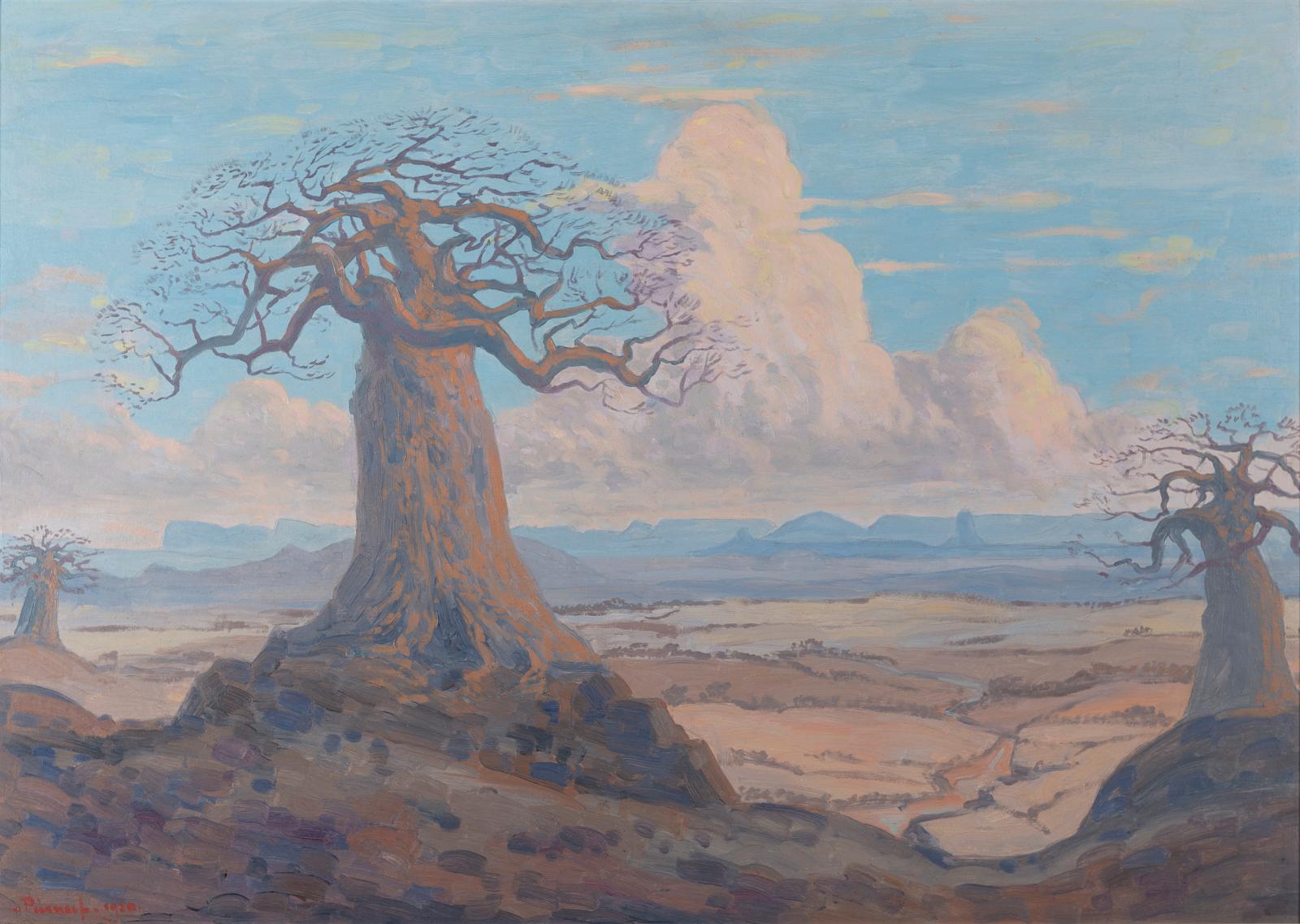 Piasa of Paris and Aspire of South Africa will hold an auction in Cape Town on the sidelines of Investec Cape Town Art Fair, bringing together around 80 local and international contemporary art galleries from 14 to 16 February. Côte d’Ivoire will be represented by the artist Aboudia (€8,000/10,800), Cameroon by Marc Padeu (€5,040/8,000), Congo by Chéri Samba (€14,000/18,900) and Sudan by the painter Salah Elmur (€12,000/16,000). Jacobus Hendrik Pierneef, a forerunner of South African contemporary art, dominates the selection with this 1920 painting, one of the few from this early in his career to come up at auction. Born in Pretoria to Dutch immigrant parents, Pierneef captured the spirit and essence of the landscapes around Johannesburg in a harmonious range that helps to draw the viewer’s gaze to the horizon. The baobab, a recurring motif in his work, embodies the strength and longevity of the nature in Africa’s lowlands that he liked so much. The sinuous branches resembling a halo evoke the Dutch Jugendstil that had deeply influenced him at the Rotterdam Academy in 1901. Arabesques are even more pronounced in a 1928 landscape of Stellenbosch, which broke Pierneef’s auction record by reaching ZAR20.5m (around €1.6m) at Strauss & Co. on 5 June 2017, over three times more than its low estimate. The absence of any human presence and the coldly geometrical style Pierneef developed in his landscapes led some critics to associate him with Afrikaner nationalist ideology—in his childhood, marked by the Second Boer War, he and his family fled Pretoria for the Netherlands, where he lived until adulthood.

Art Contemporain Africain
Cape Town - 170 Buitengracht Street - 8001
Piasa
Info and sales conditions
Catalogue
News feed
See all news
Parisian auctioneer François Tajan dies, aged 57
Original Flash Gordon comic strip to be auctioned in LA
A masterpiece by Sanyu to be auctioned at Drouot
Donation rebuke for the Los Angeles County Museum of Art
Not to be missed
Pre-sale
Watch out for these!
A Parisian collector assembled this set of thirteen timepieces over…
Pre-sale
Back to nature
Combining spontaneity and sophistication, this work by Léonard Foujita…
Pre-sale
A snuffbox from the Empress Josephine
Given to the Comte de Barral by the Empress, this snuffbox promises…
Pre-sale
Botanical precision
An orchid brooch in gold and enamel from Tiffany & Co, late 19 th…