Ingres: genius of the ideal line

His talents as a draughtsman made him one of the most sought-after artists of his time, and today the ultimate Neoclassical artist. With this study, Ingres proves his virtuosity with the pencil yet again. 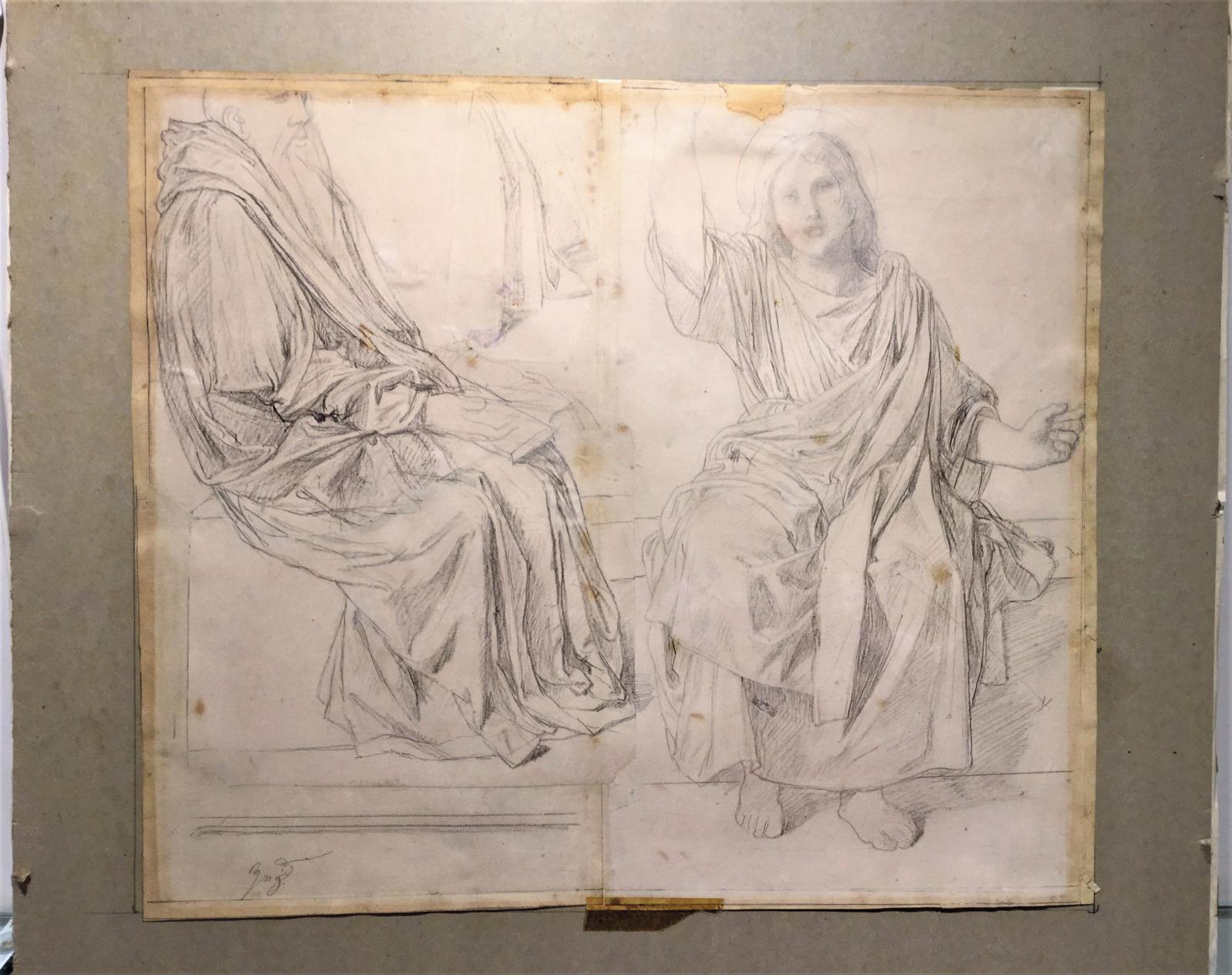 Jean Auguste Dominique Ingres said that "drawing is the very essence of art." An uncompromising artist, he based all his work on this eminently demanding technique, producing numerous studies and sketches for each of his works, striving each time to get a little closer to the perfection he sought. So these Studies of figures are preparatory sketches for his Jesus among the doctors, begun in 1842. We know of an intermediary version through an 1851 engraving by Réveil. The painting was completed in 1862, and is now in the Musée Ingres-Bourdelle in Montauban. The drawing here in fact consists of four drawings mounted together: the first is a study for the draped figure of Jesus; the second a study for another drapery, and the last two, glued together, show the Doctor of Law on Christ's left. The sensitive, delicate faces are finely expressed in a few pencil strokes, and the folds in the clothing are worked to convey texture and movement. Here Ingres demonstrates consummate mastery of his art. Although he said he preferred his large religious and allegorical works, he was aware of the quality of his work as a draughtsman, and bequeathed the contents of his studio and 4,507 of his drawings to the recently extended and renovated Musée de Montauban, in the Quercy region. Adulated in his time for his drawn portraits, which the French and British bourgeoisie were all desperate to obtain, he is now established as the incontestable master of line, taking the opposite stance to Delacroix, a master of colour.