With Heracles, Bourdelle established his artistic independence under the auspices of Greece. 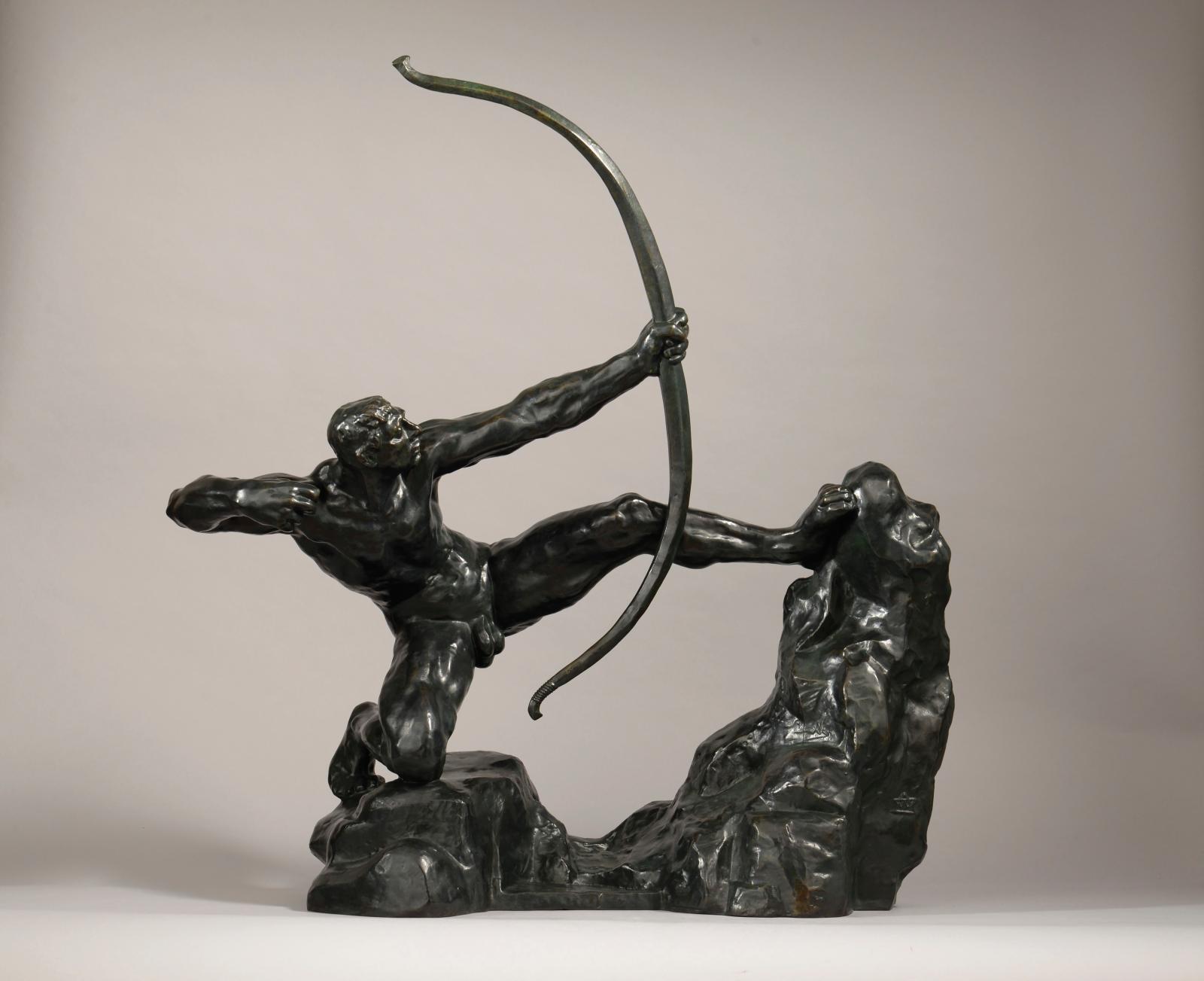 If modern paintings will be in the majority at this sale, the bronzes will be led by an icon: this Heracles sculpted by Émile-Antoine Bourdelle. Everyone knows this image, which French schoolchildren found on their exercise books in the past before they even knew that a papermaker's emblem could be a masterpiece of sculpture. Bourdelle himself took inspiration from archaic Greek statuary to illustrate the sixth of the hero's twelve labors: killing the man-eating birds that haunted Lake Stymphalis. He chose a very real athlete as his model: Commander Doyen-Parigot. His face still appears on the bronze of this fifth study, the most accomplished of all the editions produced. The artist began working on 62-cm, 2-ft high studies in 1906, and made eight before the final version of the work, which was cast three years later. The officer who sat for him did not wish to be recognized, and his features disappeared in the sixth sketch, becoming more stylized. This went hand in hand with the sculpture's overall emancipation from its model: Bourdelle transcended its physical form with each new version, seeking to give a universal dimension to his subject. "The impulse is the supreme law," said the sculptor, whose work caused a sensation with its striking elemental force at the Salon of 1910.