Very few know his name in the West… but in 2016, sales of his paintings totted up a grand total of $355 million. 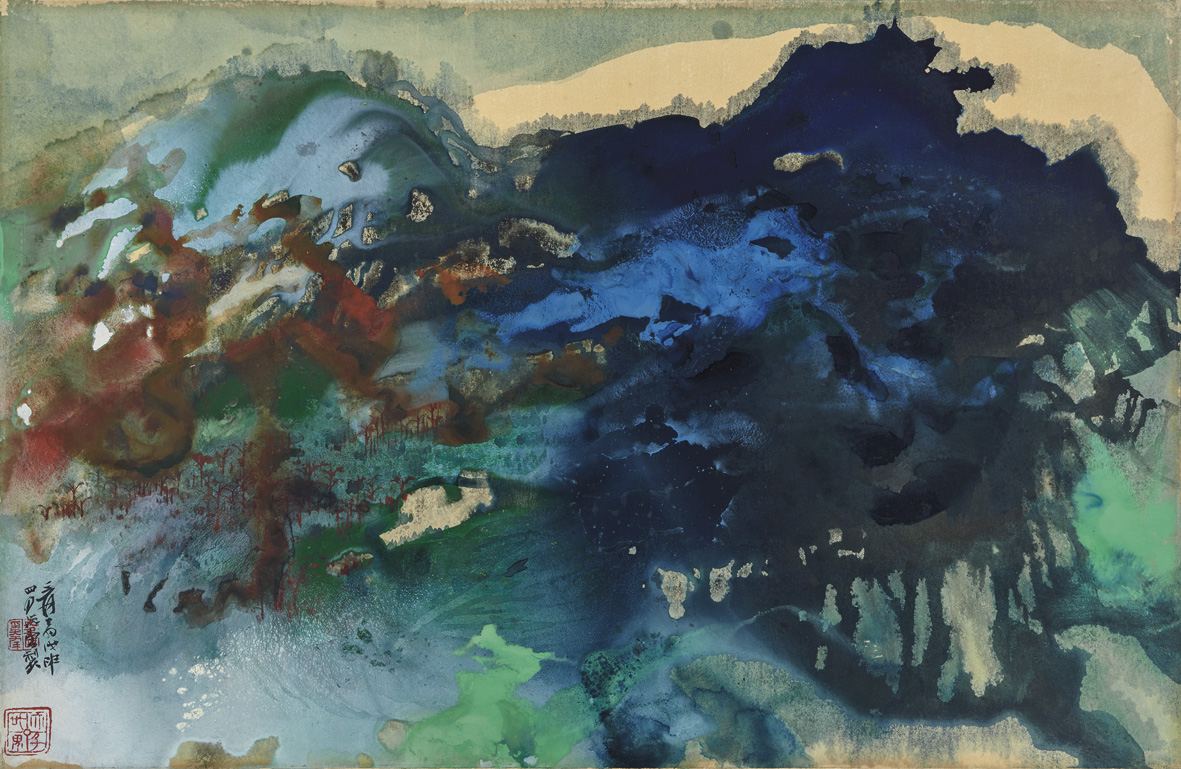 Beating Picasso by 31 million, Zhang Daqian (1899-1983) toppled the Malaga master from his pedestal and mounted the top step of the international auction podium, according to the Artprice ranking. He had already reached the top in 2011, thanks to an even more glittering turnover ($554 M!). Since then, he has ridden high in the top ten until finally reclaiming the crown last year. And under the hammer of Sotheby’s Hong Kong, "Peach Blossom Spring" even landed a world record for the artist when it was sold for $34.7 M to the eccentric Liu Yiqian. This taxi driver-turned-businessman is a speaking symbol. Founder of the Long Museum in Shanghai, he is one of the nouveau riche whose financial power has propelled China to the top of the art market. "There's nothing like a painting by Zhang Daqian," as he announced on social media after carrying off his trophy, bubbling with an enthusiasm worthy of the aura surrounding the artist. In China, the latter, to whom some 30,000 works are attributed, is truly venerated – like his compatriot Qi Baishi (1864-1957) – as a master of the 20th century: perhaps the greatest of them all. He was a legendary figure who looked like a bearded sage, always wrapped in a long silk robe. "He had strong links with tradition through the materials and tools he used: ink and paper," says Éric Lefebvre, director of the Musée Cernuschi in Paris. "However, he should never be classified as a devotee of the past, because he was far bolder than that." Not only because his genius for copying led him to flirt with forgery, but also because he was constantly seeking a new approach.

The Wilderness Years
Born in the province of Sichuan, Zhang Daqian left his country in 1949 when the Communist party took power. He continued an already burgeoning career in India, Argentina, Brazil and the US, interspersing his stays with exhibitions and journeys to Europe before finally settling in Taiwan in 1978. Outside China, he built up a style of his own, using an ink-throwing technique known as splashed-ink and splashed-colour. "While this approach was also linked with tradition, it primarily reflected the influence of abstraction, particularly American action painting and the work of Zao Wou-ki, whom he met in Paris", says Éric Lefebvre. A gestural style many collectors find appealing today.

A Legendary Figure in China
In Asia, the painter's fame further increased after his death, thanks to China's economic boom and its developing art market. In the 1990s, his watercolours sold for tens of thousands of dollars; one even crossed the million-mark threshold in 1994. Strangely enough, in 1999, he was only number 87 in the world ranking. However, in the euphoria of the 2000s, his works flooded into the market, and he joined the front runners after the speculative bubble burst in 2008-2009. "Before the crisis, all Chinese art was selling," says gallery owner Hadrien de Montferrand, who works in Beijing. "After the crisis, buyers distrusted contemporary creation and switched to older art, reassured by the expertise of major auction houses like Sotheby's and Christie’s." Since then, the pace of sales in the US has accelerated, even if the market is still chiefly in mainland China and Hong Kong – where, on 2 October, twenty or so pieces went up for sale with Sotheby’s. One work was knocked down for $1.54 M, and another for $2.77 M.

Less Familiar in the West
However, despite the records posted, his painting still has a low profile in the rest of the world, particularly Europe – though during his lifetime, Zhang Daqian was well-known there. In 1933, his works were exhibited in Paris during the first exhibition of Chinese painting at the Musée du Jeu de Paume. His reputation grew still further in the post-war period, mainly through the help of Guo Youshou, the former Minister of Education for Sichuan province, then acting as the UNESCO director of education in the French capital. The diplomat was a collector, and his patronage largely contributed to the recognition of Chinese painting, particularly that of Zhang Daqian, to whom he was close. 1956 also brought considerable recognition for the artist. A solo exhibition of his recent works was staged at the Musée d’Art Moderne de la Ville de Paris, while the Musée Cernuschi hosted older pieces. Was it through Guo Youshou that a meeting with Picasso was arranged during the summer? It's possible. Described as a summit meeting between the masters of East and West, this certainly proved the Chinese painter's international stature at the time. Since then, his memory has faded, reduced to a few appearances in group exhibitions. As Éric Lefebvre tells us, "Guo Youshou returned to live in China in the early 1960s, depriving Zhang Daqian of his support in France. And that was just when the artist moved from Brazil to the US, where he has been far more in the spotlight ever since." He also joined several private collections. Today, the Musée Cernuschi is proud to possess twelve of his paintings, donated by Guo Youshou and the artist himself. The Musée Guimet possesses four, three of which were donated in 1997 by a Taiwanese film director. But the French market seems little aware of this illustrious painter. Since 2004, only seventeen of his works have appeared at auction, including three in 2016, of the 648 proposed. "In any event, pieces at that price only interest a very limited category of buyers; most prefer art from their own culture," says Hadrien de Montferrand. So when will there be an exhibition? "We don't have the means to organise one, not with artists who achieve such record heights," says Éric Lefebvre regretfully. The bitter price of glory…