Théodore Deck: Blue at All Costs

As the Musée Roybet-Fould in the Paris suburb Courbevoie devotes an exhibition to the artist for the first time since 1980, we look back at the career of one of the stars of ceramics from the market angle. When he was barely 17, the young Théodore Deck had to return to his native town, Guebwiller (Vosges), to take up the... 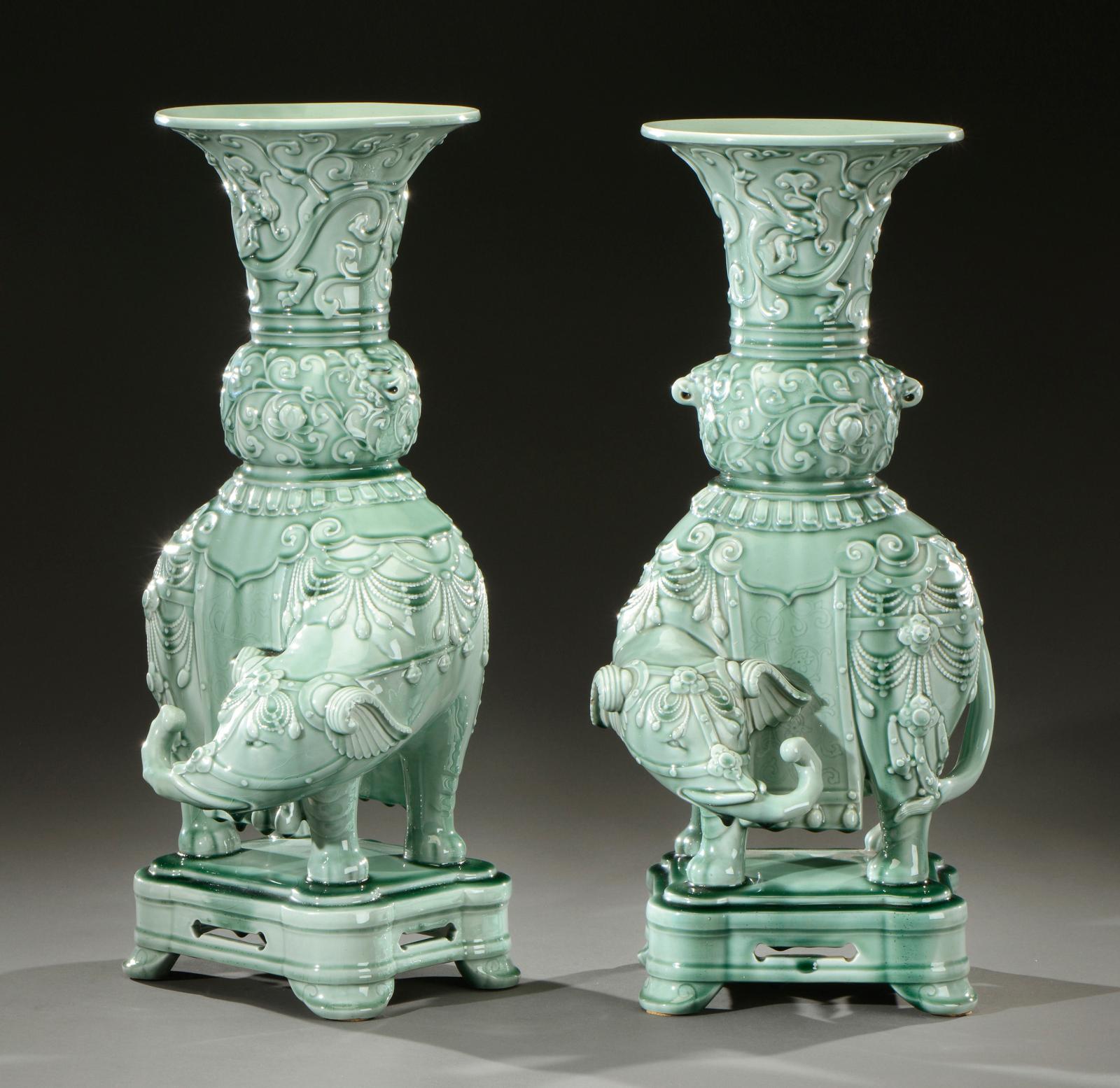 As the Musée Roybet-Fould in the Paris suburb Courbevoie devotes an exhibition to the artist for the first time since 1980, we look back at the career of one of the stars of ceramics from the market angle. When he was barely 17, the young Théodore Deck had to return to his native town, Guebwiller (Vosges), to take up the reins of the family dyeing business at his father's death. The experience proved a bitter failure. Now freed from his commitments, he became an apprentice to the master stove builder Hügelin in Strasbourg, becoming proficient in all the historical techniques within two years. To complete his training, he worked as a journeyman in Germany, Austria, Hungary and Poland. The high quality of his output won him admiration and several major commissions. In late 1851, he moved to Paris and became the foreman of the Dumas company. With this workshop, he was awarded his first medal at the age of 32 in the 1855 Universal Exhibition.

Deck the Businessman
Now bolstered by further confidence, he set up his own business the following year, joined by his brother Xavier on his return from military service, and then his nephew Richard. The three of them founded the Faïences d’Art Théodore Deck. In 1869, their sister also joined the company when they opened a store in the 9th arrondissement, 500 metres from the Hôtel Drouot. The family team won numerous awards, mainly for their technical innovations. At the 1862 International Exhibition in London, Deck exhibited the impressively large "Alhambra Vase" (subsequently sold to the South Kensington Museum, now the Victoria and Albert). Two years later, he unveiled a new transparent glazing technique at the Exposition des Arts Industriels, and in 1867, at the Universal Exhibition, he obtained the silver medal for the metallic highlights imbuing several of his pieces. And so it went on. The ceramist was famous for his colours (including the famous turquoise) and alkaline glazes, and drew on many sources, including Turkish and Chinese earthenware, without ever merely copying them. At Théodore's death in 1891, his brother Xavier continued to run the Deck earthenware factory, participating in the Universal Exhibition of 1900. A year later he too died, and the Deck enterprise finally closed in 1905.

An All-French Market
Théodore Deck's market is mainly French, or even Parisian. In thirty years, nearly 1,000 ceramic pieces (92.6%) by the artist have been through the auction room in France, representing €2.2 million by value (86.8%). Austria and even Germany, though linked with the early period of the artist's career, are virtually non-existent (less than 0.25% in terms of both volume and value). In contrast, the thirty-odd pieces that have crossed the Atlantic represent nearly €190,000 in sales figures: a respectable 7.5%. In France, the market is clearly dependent on the Hôtel Drouot and, to a lesser degree, regional auction houses. Artcurial, Christie’s and Sotheby’s taken as a whole only represent €191,000 in turnover: less than 9% of the rest of the auction houses. Aguttes alone has garnered €850,000 (37.7%) in sales (four times more than the three above-mentioned players combined) with 210 lots (23.5%). Tajan, with 7.7% of lots, has made 11.5% of the turnover (€230,000). Outside France, Christie’s comes out on top through its American sales. The auction house has cornered over 70% of the non-French market France (€200,000) with only 42.8% of the lots sold. Its visibility follows its market. Deck can hardly be called a media star. With fewer than 140 press articles dedicated to the ceramist up to 2017, the slender reputation he enjoys only comes into play in his native land (89% of texts are written in French). Finally, the large majority of pieces appearing at auction were made between 1880 and 1890: 88.4% of lots whose production can be dated come from this period. These were the very last years of Deck's life, when his art had reached the peak of perfection. They were also the years when he worked for the Sèvres factory; firstly in 1875 as head of the development commission, then as the institution's director, starting in 1887 – five years before his death. Few of his works were dated before the 1870s, so there is little evidence of the artist's development now in private hands. Fortunately, the museum dedicated to him by his home town, Guebwiller, sheds considerable light on the development of all his techniques. An invitation to rediscover the blue of the sea while enjoying a spot of skiing…

€2.56 M
The total turnover for Théodore Deck's pieces over the last 30 years.

€3,975
The average price of a ceramic piece by Théodore Deck at auction.

Deck: The Exoticism of Colour

César’s Expansion?
Not to be missed
Market Trends