Does Swiss art exist? The Musée d’Orsay set out to answer the question with a show that avoids folklore and clichés. 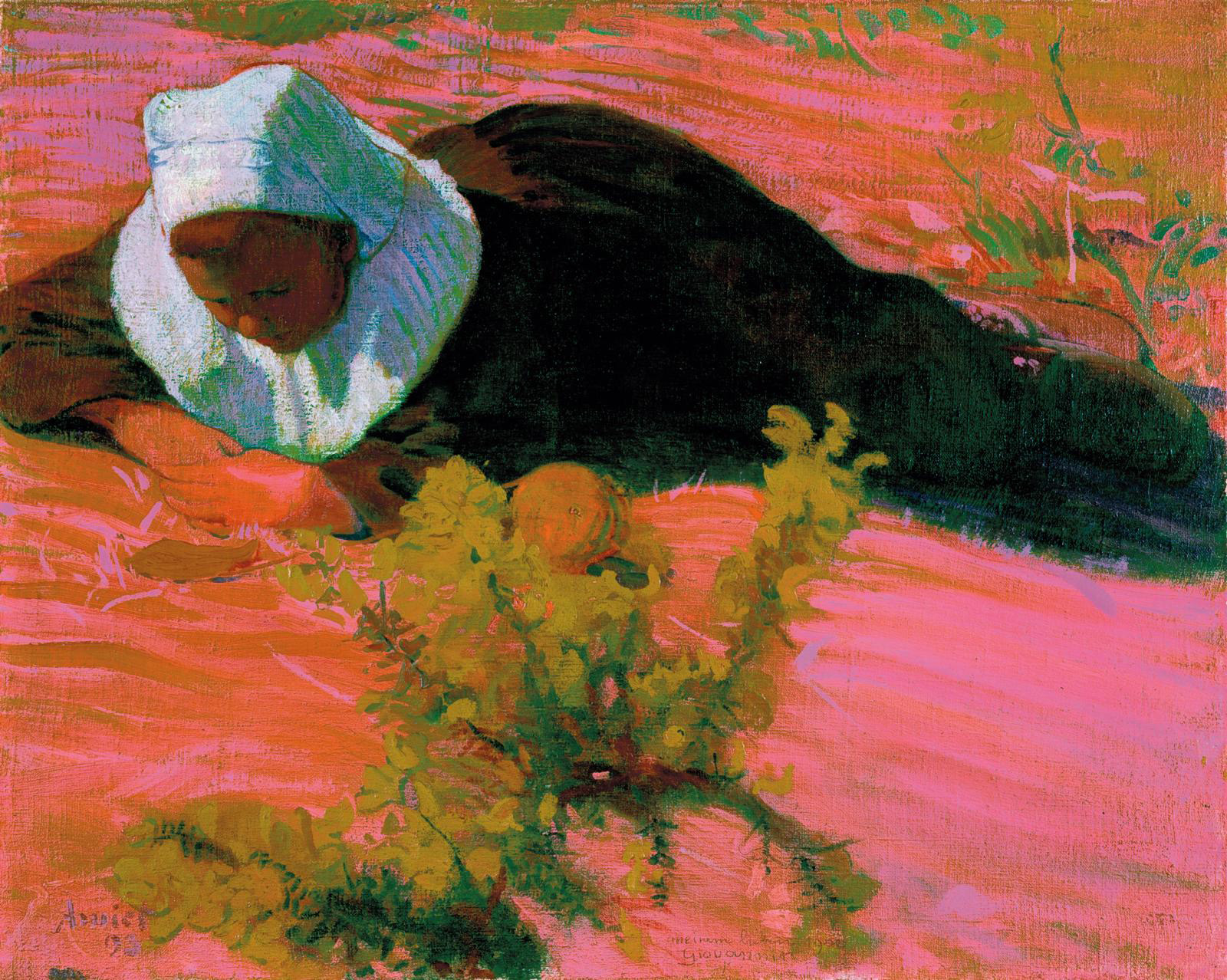 In Réflexions sur l'art suisse (Reflections on Swiss Art), published in 1896, 50 years after the federal state was formed, painter and architect Albert Trachsel wrote that the Swiss exception was a matter of temperament: guardians of the nation’s "psychic and, therefore, aesthetic unity", its artists, "mountaineers by nature", produce "virile, muscular" work. In these identity-seeking times, the Musée d’Orsay exhibition surveys the Swiss scene following the retrospectives already focusing on Arnold Böcklin, Ferdinand Hodler and Félix Vallotton. "Does Swiss art exist, or just Swiss artists?" That is the question rightly asked by curator Sylvie Patry, who organized the exhibition with Paul Müller.

The "chronological-thematic" hanging of 75 seldom, if ever, seen works sheds light on the links, tight and loose at once, between geography and style. They date from between 1890 and 1914, when Cuno Amiet, Giovanni and Augusto Giacometti, Vallotton, Max Buri, Ernest Biéler, Hans Emmenegger, Édouard Vallet and Alice Bailly, in the footsteps of Symbolist painters Hodler and Giovanni Segantini, opened up the "new way" heralded by writer and critic Mathias Morhardt. Few of these names ring a bell, but by the age of 20, they had already invented several forms of modernity, trained in Paris, stayed at Pont-Aven, copied Van Gogh and Gauguin and participated in post-Impressionist debates. They, too, contributed to Europe’s avant-garde movements. So, what can account for their relative obscurity? Does the fault lie with the folklore of their deserted Alpine landscapes and their genre scenes peopled by shepherds, lumberjacks and mothers? Not so fast, says Ms. Patry. "The groundbreaking approach of these painters sharply contrasts with their subjects," she explains. “They left out all motifs reflecting the reality of modern life." It is a matter not of essence but of circumstance.

The paintings’ provenance demonstrates that they were quickly snapped up by local museums and collectors. Swiss art exists in a closed circuit. Typical or generic, it is above all of its time, permeable and mobile, characterized by deep regional roots while being exemplary of what Nicolas Bouvier called the "roaming Swiss." All these trajectories form a fragmented geography. The point here is to give Swiss art its due place in the international context and the history of world art". Eleven sequences aim to demonstrate the movement of knowledge. Peace, barely disturbed by the “disquieting theater of the intimate" played by Félix Vallotton and Sigismund Righini, reigns supreme there.

According to Ms. Patry "the fluid layout creates a quiet mood. I wanted the exhibition to be felt, to radiate like light, a true obsession of these outstanding colorists. One enters the works through their impact." Examples are Liegende Bretonin (Breton Woman Lying Down, 1893), drenched in sunlight on bright pink grass, and Schneelandschaft (Snowy Landscape, 1904), where a tiny skier slides across a sea of snow, both by Cuno Amiet, who merits a retrospective. More unsettling is Hans Emmenegger’s 1908 Spiegelung auf dem Wasser (Reflection on the Water), shimmering at the end of the exhibition among other "cosmic" visions: the lac des Quatre-Cantons is unrecognizable, between Japanese print and hyperrealism.