A painting by Natalia Goncharova fetched the highest bid at this auction of high-quality works. 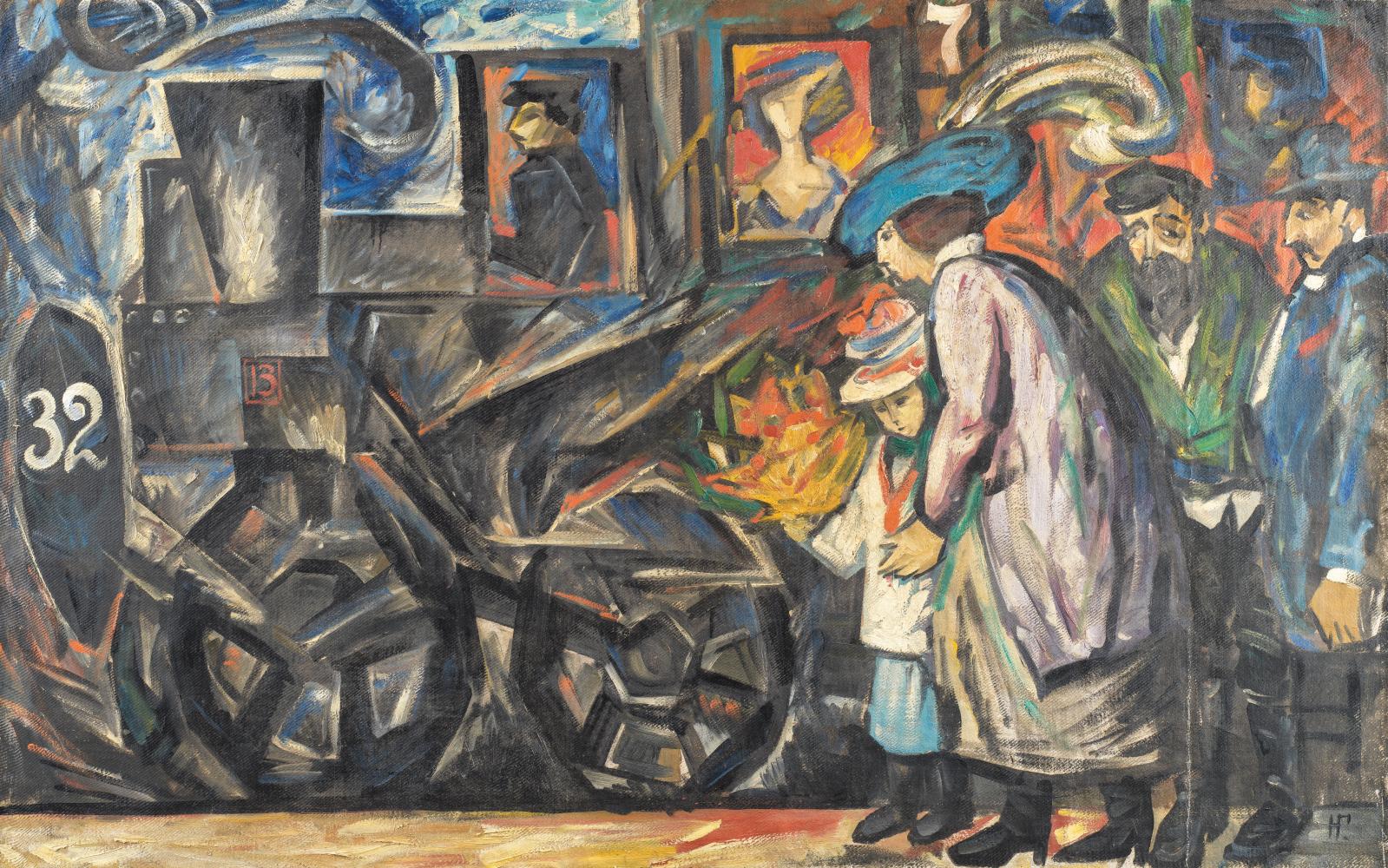 Among the 29 works offered at Drouot on Tuesday, June 21, this one stood out not for its size (97.5 x 156 cm/38.38 x 61.42 in) but its €500,000/800,000 estimate, which was even surpassed at €963,000. In the cubist-futurist painting, executed in Moscow c. 1913-194 and plainly titled La Gare (train Station), Natalia Goncharova captured the smoky atmosphere and departing locomotive, a favorite subject of painters from Turner to Pannaggi, in an almost cinematic scene. In 1913, Goncharova and her companion Mikhail Larionov (1881-1964) wrote the founding manifesto of the rayonist movement (Luchizm), which aimed to make an object’s vibrations visible as colored rays. Two major retrospectives of her work were held in Russia, in Moscow in 1913 and Saint Petersburg in 1914—the same year Paul Guillaume invited her to exhibit at his Paris gallery. In 1915, Goncharova left Russia for good, moving with Larionov in 1917 to Paris, where she collaborated with Sergei Diaghilev on designing the costumes, sets and posters for the famous Ballets russes. Many exhibitions were held in France and the world after her death. In the 1930s, she and Larionov gradually fell into oblivion, and it was not until 30 years later that interest in Goncharova rose. Her position in the history of the Russian avant-garde is now secured. Composition abstraite (Abstract Composition) (97 x 130 cm/38.18 x 51.18 in), a 1959 work by her compatriot Serge Poliakoff (1900-1969), fetched €325,000, while Untitled (131 x 97 cm/51.57 x 38.18 in), a 1958 painting by Karel Appel (1921-2006), changed hands for €299,000.