The First French Retrospective Dedicated to Baschenis, Bergamo’s Master of the Portrait and Still Life

Thanks to loans from the Accademia Carrara and La Scala, but also from private collectors, the Canesso Gallery presents the first French retrospective devoted to Evaristo Baschenis, the noblest of the still life painters. 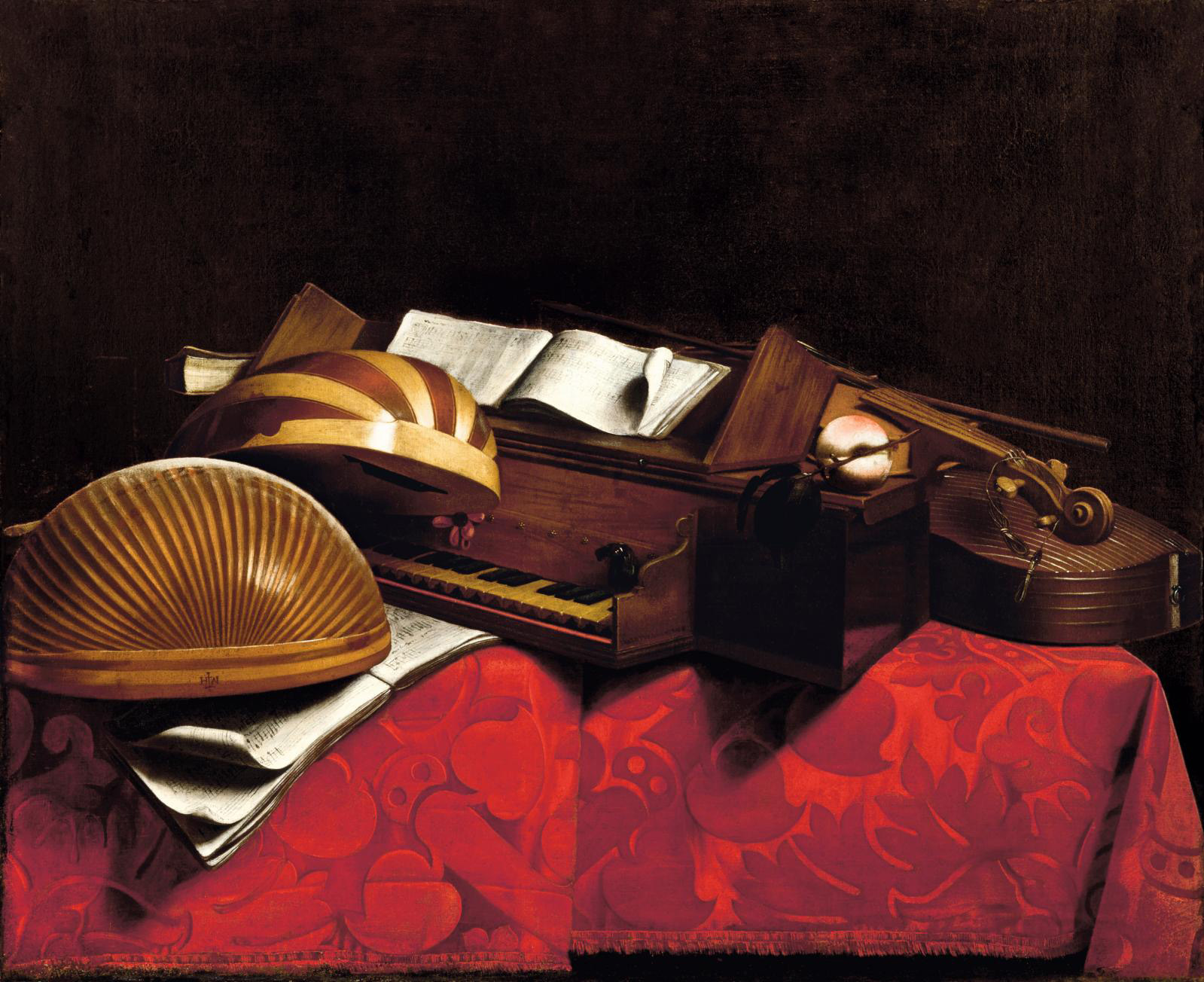 During the memorable exhibition devoted to the 'Master of Denim Cloth' at the Canesso Gallery in 2010, Jeune garçon avec une corbeille de pain et de pâtisseries (Young Boy with a Basket of Bread and Pastries) by Evaristo Baschenis (1617-1677) left a lasting impression, especially since no work by the artist is held in a French public collection. Since then, it has entered the Accademia Carrara in Bergamo. It aroused our curiosity and left us wanting to see more. The Agliardi triptych has not been shown since "The Still Lifes of Evaristo Baschenis: The Music of Silence" at the Metropolitan Museum in 2000. After reading Ornat Lev-Er’s 2019 book Still-Life as Portrait in Early Modern Italy. Baschenis, Bettera, and the Painting of Cultural Identity (Amsterdam University Press), Maurizio Canesso wanted to show the French public Baschenis’ works "as theater stages where the culture of his clients was exhibited”, he said, “cultural portraits, faithful glimpses of the society" in 17th-century Bergamo. Baschenis is far from unknown, but he was copied so much that his work was confused with those of his imitators, while his paintings, mostly kept in aristocratic families, were not accessible. Shortly after one of his still lifes entered the Royal Museums of Fine Arts of Belgium as an "anonymous Dutch 17th-century" painting in the early 20th century, the discovery of his signature attracted the attention of art historians. In 1912, in the first study dedicated to him, the term “portraitist of musical instruments” appeared, while the career of the artist, who came from a long line of painters, began to be pieced together. At the spectacular 1953 exhibition “I pittori della realtà in Lombardia” (Palazzo Reale), Roberto Longhi showed eleven Baschenis paintings while tracing the influences on his work back to his illustrious forerunners in Bergamo, Lorenzo Lotto and Giovan Battista Moroni, as well as Caravaggio, who was from Lombardy.

At that time, it was still hard to tell the artist’s genuine works from countless copies. That is why Longhi’s opinion was ambivalent. “On bad days, [Baschenis] seemed to prepare little more than 'solitaire' complexes of an unemployed cartomancer,” he wrote. “But on good ones, he created masterpieces like the silent paintings in the Bergamo gallery and Brussels, which looks almost like a marginal fragment of some unknown Caravaggio sacred tragedy (a fraction of Martyrdom of St. Cecilia next to his dear instruments).” Even today, the line between the followers’ "bad days" and Baschenis' "good days" is not clear. Hence the interest in showing the best still life paintings of musical instruments at the Canesso Gallery, which borrowed nine works from the Accademia Carrara, the Museo Teatrale alla Scala in Milan and several collectors, including the Agliardi heirs, who have the triptych in which the three brothers Alessandro, Bonifacio and Ottavio Agliardi appear. Ottavio holds a guitar while the painter depicted himself in the foreground sitting in front of a spinet. Only the "real" Baschenis captured the quintessence of the refinement of Bergamo society. The painter-priest trained in fresco painting, a close friend of Jesuit Jacques Courtois, known as Il Borgognone or the Burgundian of the Battles, who stayed with him when he lived in Bergamo, was also an accomplished musician.

Want to receive news and updates about auctions?
Sign up for our newsletter
Asked by Véronique Damian, historian Enrico De Pascale and chamber musician Lorenzo Girodo have succeeded for the first time in deciphering one of the many painted scores, the madrigal in sonnet CXIX of Petrarch's Canzoniere. The reference is subtle and pointed. Loans from the Giovanni Accornero Collection in Lugano of a spinet from Brescia dated 1560, a chitarrone (a Roman theorbo) from Ancona dated 1622, a five-course guitar, a violin from Cremona dated 1668 and a four-course mandolin show the degree of dexterity, delicacy and above all luxury of the instruments that are almost identical to those painted by Baschenis—but also described in the inventory drawn up after his death. Extremely respectful of their makers, Baschenis painstakingly reproduced the labels and a plethora of details paying them tribute. In the catalog, Dr. Lev-Er, an art historian at Ben Gurion University in Israel who wrote part of her Ph.D. thesis about him, presents a scholarly essay, “A Duo: Still Life and Theater”, hypothesizing that Baschenis was a pictor doctus: a learned, humanist painter well versed in literature, poetry, music, philosophy and history, symbolized by objects, revealing his vast knowledge and intellectual motivation. Baschenis, says Dr. Lev-Er, used canvas like a stage to feature a sub-genre of his own invention: still life as a cultural portrait of an individual and a society.

The Broken String
French painter Jean-Baptiste-Siméon Chardin, who devoted months of hard work to each painting, never admitted that his strawberries spoiled, his wine went bad or his plums ended up being eaten as jam. In contrast, Baschenis’s musical still lifes reflect the amount of time he took to paint them: dust can be seen on the instruments laid out on a rug. He left nothing out, not even his fingerprints on the lute, guitar and violin, one of which the strings is broken from being played too fiercely. However, it would be hard to see them as vanities symbolizing the brevity of life. Baschenis’ instruments, which look as if they had been carelessly cast aside after a performance, attest to his pleasure in capturing the joy of a gathering of select society. In this regard, the dust, which so rarely features in paintings, can be considered a symbol of memory, not of a shrinking future. But dust is also an illusion. “The world of theater and the world as theater were an integral part of the culture and society in which Baschenis worked,” says Dr. Lev-Er. “By integrating objects and accessories, he arouses the same aural and visual attention an audience can have at the theater, hence the neutral, dark and infinite backdrop. The front of the stage and the curtain play an active role in the dialogue being established between the observer and the painted scene... It reveals and dissimulates. It calls for a debate on the art of painting, which similarly conceals, brings to light and often mystifies." Nothing is less real, but it must be seen in person to perceive the magic. The elegant scenography of the exhibition on rue Laffitte is conducive to contemplation and exchanges.

Lé Phô, Buffet, Desportes and the Master of Cortèges
Not to be missed
Exhibitions