TEFAF Maastricht Holds its Own

Despite slightly lower attendance, the 2018 edition of TEFAF Maastricht was an upbeat experience for many art dealers. 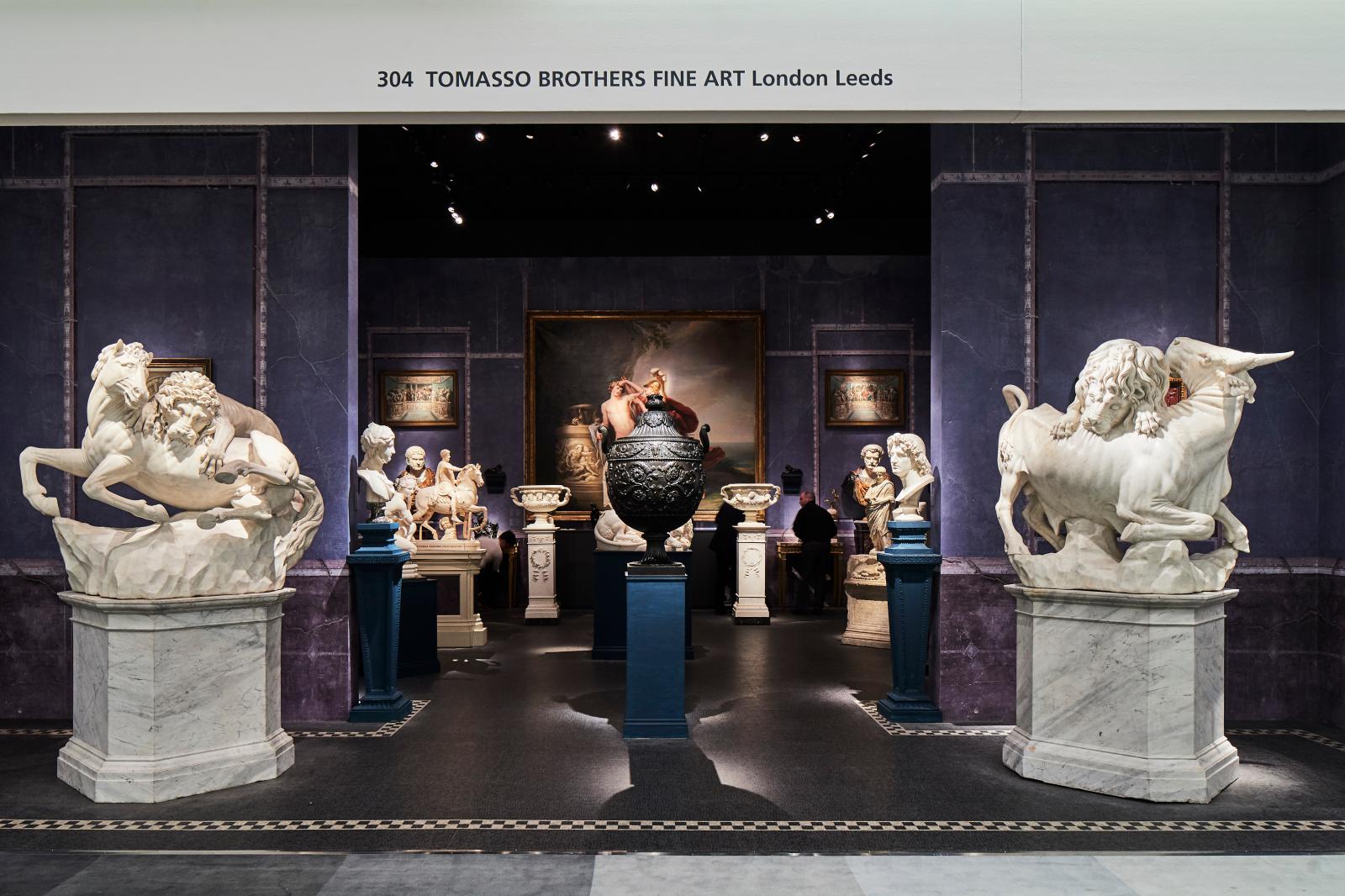 The opening of the latest TEFAF Maastricht drew mixed reviews. This year, the fair’s organisers stretched it out over two days. With 4,000 to 5,000 people on Thursday 8 March – a deliberately small quota –, the opening did not attract a chic, feverish crowd of people elbowing each other out of the way in their rush to the stands. Instead, the event was a quieter and relatively less crowded marathon, making it easier to see the works. However, "It was less intense,” said one regular. “In the effort to water down the crowd, some guests who were relegated to the second opening on Friday felt slighted." A first-come, first-served basis... Is it these restrictions or lower attendance in recent years that slightly dipped the number of visitors to 68,000, some 3,000 fewer than in 2017? In any case, the figure remains very high. The fair’s organisers, Nanne Dekking and Patrick Van Maris, are clearly angling for big fish with healthy bank accounts, with a refurbished MECC, improved hotels and updated airport facilities funded by the city and region.

Strong and Varied
Unlike its recent New York spinoffs, which target a narrower clientele, TEFAF Maastricht boasts a concentration of objects – over 30,000 – whose eclecticism is unmatched in the world. Where else can you find a second-century Roman bust of Serapis (Chenel gallery), a rare 17th-century ivory clock from Augsburg (over €5 M at J. Kugel), a painting by the major 17th-century Dutch landscape artist Hercules Seghers (£8 M at Dickinson) and works by Japanese artist Murakami from the Perrotin gallery, which participated for the first time, under one roof? There were fewer absolute masterpieces than several years ago, but the old painting sector remains very strong. "It’s a good vintage, not just for TEFAF regulars, but also the newer or less famous galleries’ booths," says advisor on old paintings and drawings Nicolas Joly, bedazzled by "Procaccini’s Return of the Prodigal Son" at Carlo Orsi’s booth (see photo). They include Rome’s Giacometti and London’s Lullo-Pampoulides galleries, which sold around 10 paintings. Giacometti presented Bernardo Cavallino’s superb Saint Stephen in Ecstasy. Lullo-Pampoulides sold, among others, an important painting by Simon Vouet. French, Swiss and German collectors bought six works from Applicat-Prazan, including a large Fautrier and a painting by Martin Barré. François Laffanour of Paris (DownTown) sold "mostly to Dutch people, with photography and objects more successful than furniture”. One minor criticism: it would be better to locate the design newcomers next to their colleagues instead of scattered further away. Perhaps that drawback will be corrected next year.

TO KNOW
The latest edition of TEFAF Maastricht took place from 8 to 18 March 2018.

Art Market Overview: What Galleries Can Learn From Online Buyers

The Coronavirus Disrupted This 2020 Edition – One That Featured a Wealth of Major Works, too.
Newsfeed
See all news
Veronica Ryan Wins the Prestigious Turner Prize
David Zwirner Is Now Exclusive Representative of Gerhard Richter
Singapore Gets Stronger with Art SG
New Brazilian Government to Relaunch Shuttered Ministry of Culture
Not to be missed
Fairs