With more than twenty artists and ninety works from around forty public and private collections, this exhibition explores the Surrealists’ taste for esotericism, alchemy and the occult. 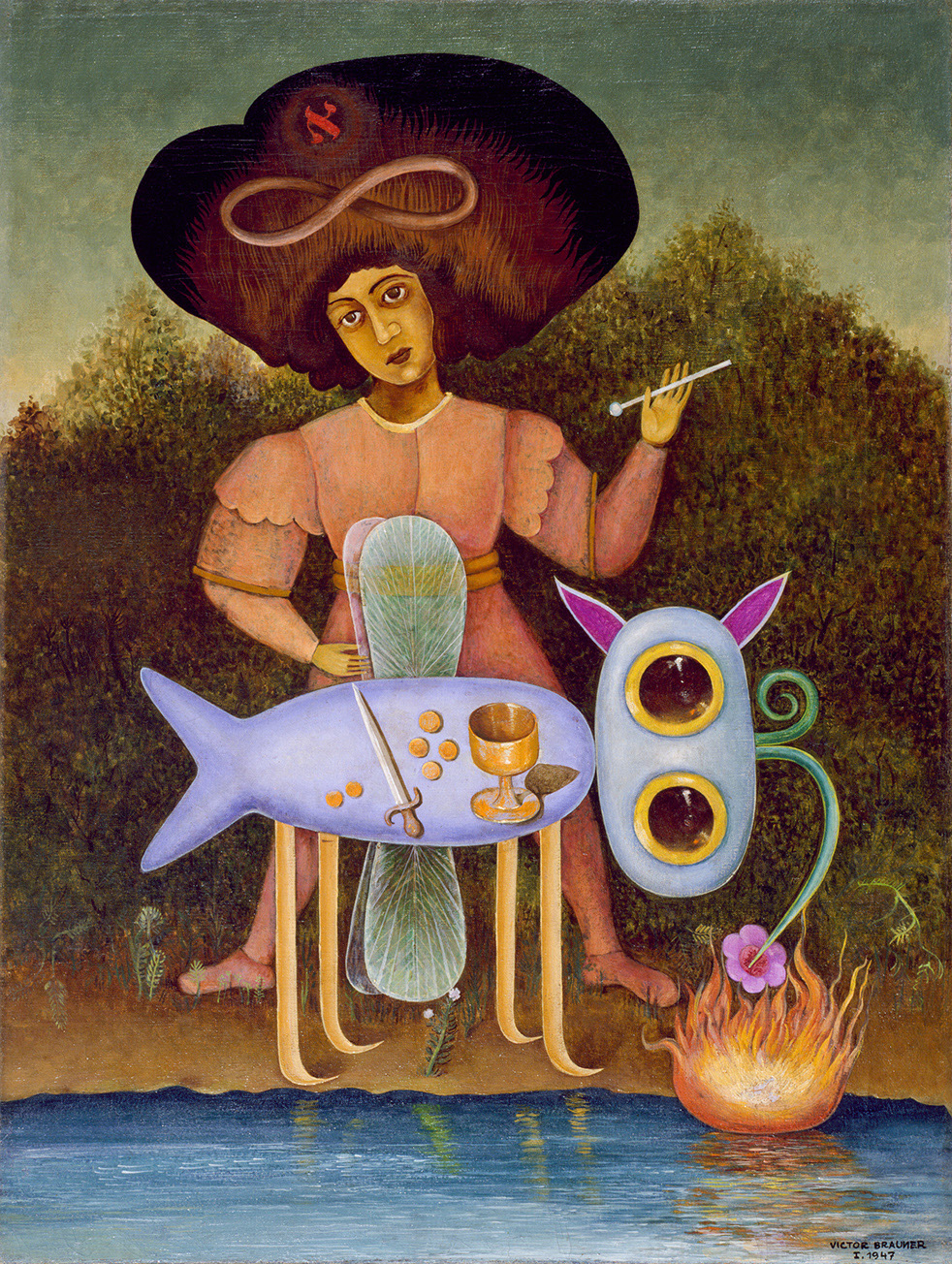 These many themes have been overlooked since the exhibition “Surrealism in 1947”, at the Galerie Maeght in Paris. In six rooms, the rich itinerary alternates between highlights on iconic painters—Giorgio De Chirico and his metaphysical painting, Kurt Seligmann and his research on the occult sciences, Victor Brauner and tarot—and themed areas on cosmology, the invisible, androgyny, bringing together several creators. In addition to major paintings, such as De Chirico’s The Child’s Brain (1914), Max Ernst’s The Attirement of the Bride (1940), and Victor Brauner’s The Lovers (1947), the exhibition, a collaboration with the Museum Barberini in Potsdam, highlights the symbolic figure of women in their ability to transform themselves, blurring the boundaries between gender and species. Leonora Carrington’s works, such as the sculpture Cat Woman (1951) and the painting The Pleasures of Dagobert (1945), as well as those by Leonor Fini—including the lavish Portrait of Princess Francesca Ruspoli (1944)—by Dorothea Tanning or the rarely exhibited Spanish artist, Remedios Varo, illustrate this being between goddess, animal and plant, witch and ogress, illusion, mother and fairy. This educational exhibition highlights magic as a way to soothe consciousness and is also an ideal introduction to the Biennale Arte of contemporary art in Venice, whose title “The Milk of Dreams” is borrowed from Leonora Carrington’s eponymous book, a major inspiration for the 59th edition.

Tanguy and Royère: A Winning Duo