The Louis Vuitton Foundation kept its promise that the exhibition celebrating the centenary of the birth of Simon Hantaï (1922-2008) would be an event. 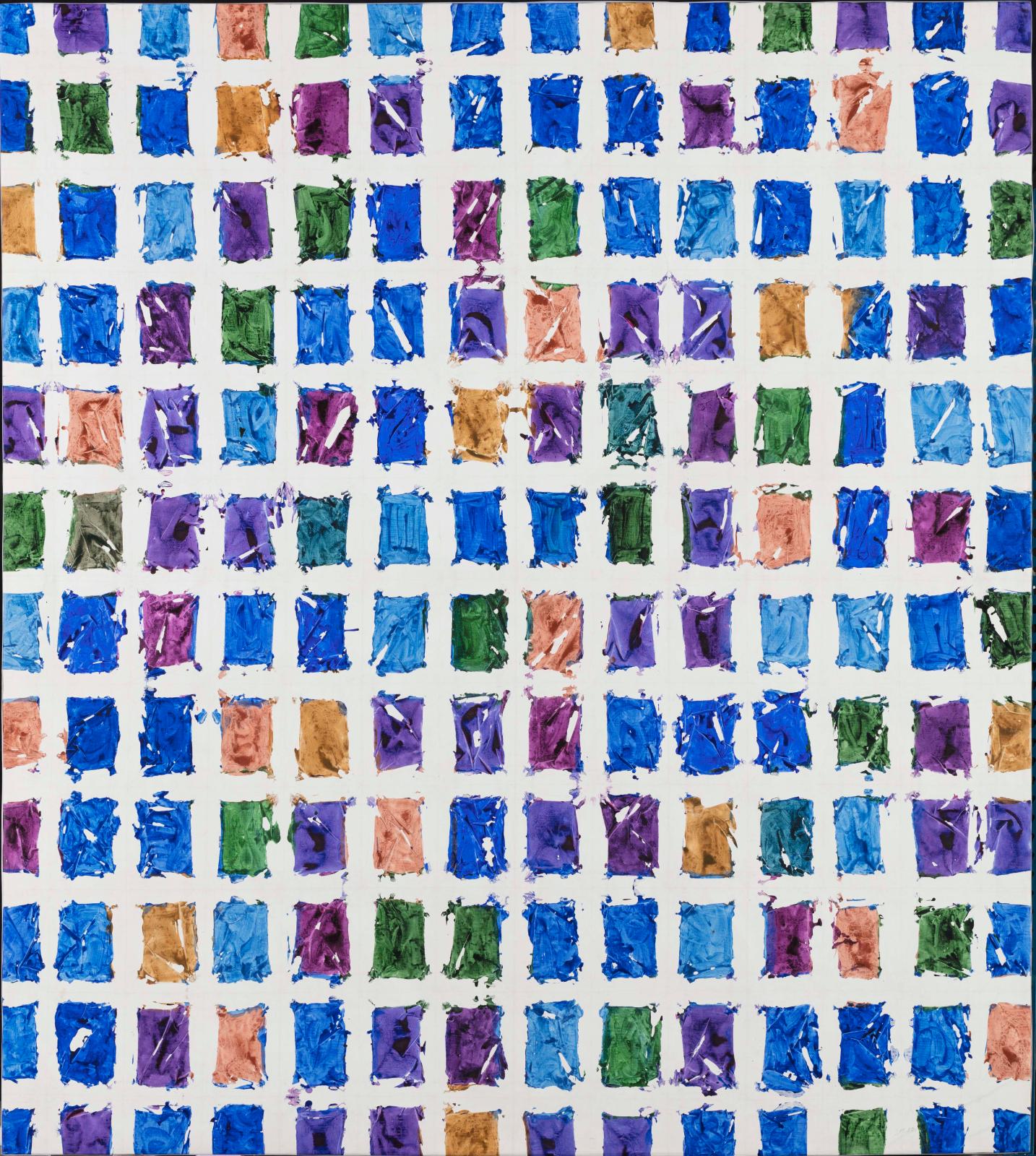 The retrospective, which compliments the 2013 show at the Centre Pompidou, takes a fresh look at his work and pays him tribute in good company. To situate Hantaï's best-known works in his time and contemporary discussions, curator Anne Baldassari hung a Jackson Pollock opposite the 1950s Expressionist paintings and a Matisse across from the first folded canvases. She also recalls the bonds that connected Hantaï to Daniel Buren and Michel Parmentier, asking the former to create an in situ homage that accompanies visitors throughout the exhibition pathway, which follows Frank Gehry’s architecture. The exhibition also highlights the spiritual dimension of the Hungarian-born painter's repetitive and, so to speak, meditative strokes. Studies made in 1984 and 1986, respectively, for the stained glass windows of Nevers cathedral, which never came to fruition, literally shine under zenithal lighting. Likewise, the room nicknamed the "chapel" beckons visitors to meditate on Hantaï’s last works. The show provides a glimpse into an inquisitive mind that never stopped experimenting, even after the artist announced his retirement from the art world in 1982 after the Tabula lilas series. The reconstruction of a wall in his last studio is a surprise. The familiar twists and turns and evocative folds alongside rags and tools look like a factory. His collages and use of photography had been shown at the Fournier Gallery and Le Fresnoy in the early 2000s, but here they re-establish a timeline and shed light on decades of work and reflection.

Earth and Peace: Georgia O'Keeffe in Paris
Newsfeed
See all news
Is Battersea Power Station Now a Playground for the Super Rich?
Colorado Artists Unite to Advocate for Missing and Murdered Indigenous People
Tourist Denied A With Meeting Pope Francis Smashes 2 Antique Statues
Digital Illustrator, Grzegorz Rutkowski, is Bigger Than Picasso on AI Platforms
Not to be missed
Exhibitions