Rufino Tamayo is one of the great names in 20th-century Latin American painting. Most of his works are sold at auction across the Atlantic. But this painting from 1977 will be put forward in Paris. 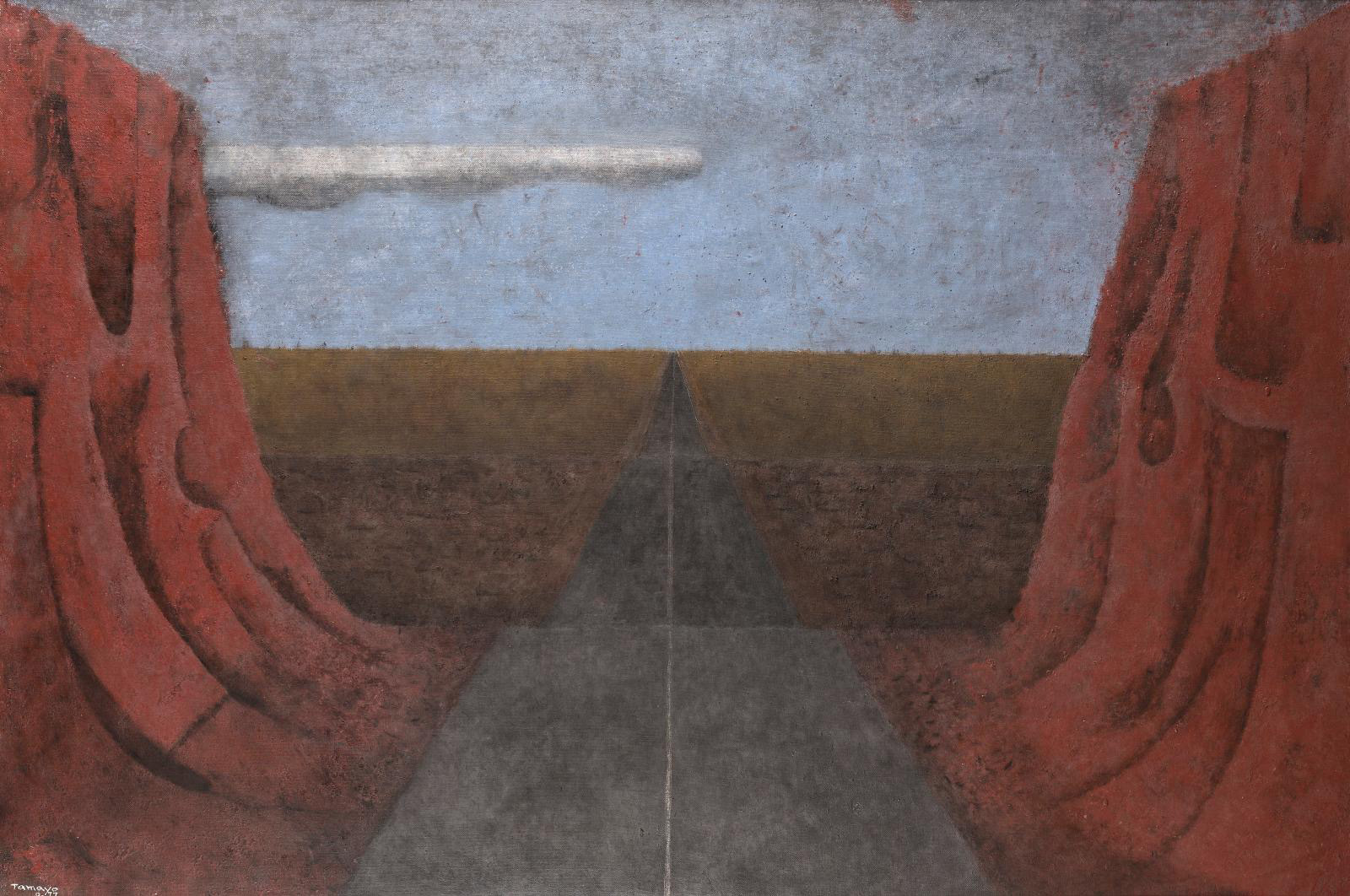 Perhaps what strikes one first, are the dimensions of the work, 130 x 195 cm (51 x 77 in.). The serenity and feeling of mystery that emanates from it make a strong impression. Intruder or guest, the spectator enters this symmetrical and silent composition. While the man is physically absent, his impact is shown by the ribbon of paved road that he has unrolled between his fields, land domesticated by his work. A technical feat and a path to an infinite that remains to be imagined. Like theater curtains, two rock faces echo the geography of the native land of Rufino Tamayo, born in Oaxaca, in southern Mexico, and the archaeological remains discovered from a childhood spent at the National Museum of Mexico, which feature regularly in his work. A cloud, also motionless, connects the sky and the real world. Like a nod to René Magritte and the Surrealists Tamayo frequented in Paris. Moving away from his compatriots, muralists David Alfaro Siqueiros and José Clemente Orozco, he turned away from social concerns to explore a dreamlike dimension. “The fundamental thing in art is freedom,” he said. Its palette is reduced, the play of subtle textures that mixes sand and pigments. Exhibited in 1979 at the Marlborough Gallery in London, where it was acquired, our painting has not changed hands since. Another strength if any was needed…

Print the article
Newsfeed
See all news
The Louvre's Acquisitions Totaled Only €10.21M in 2021
“Complete and Intact” Roman Temple Found in the Netherlands
A First Work by Swiss Painter Ernest Biéler Joins the Orsay Museum
Ngonnso’ Restitution to Cameroon Gets the Green Light in Germany
Not to be missed
Pre-sale