The Brussels art and antiques fair was back in a temporary timeslot and a new location. It maintained a high level of offerings despite the economic and health context. 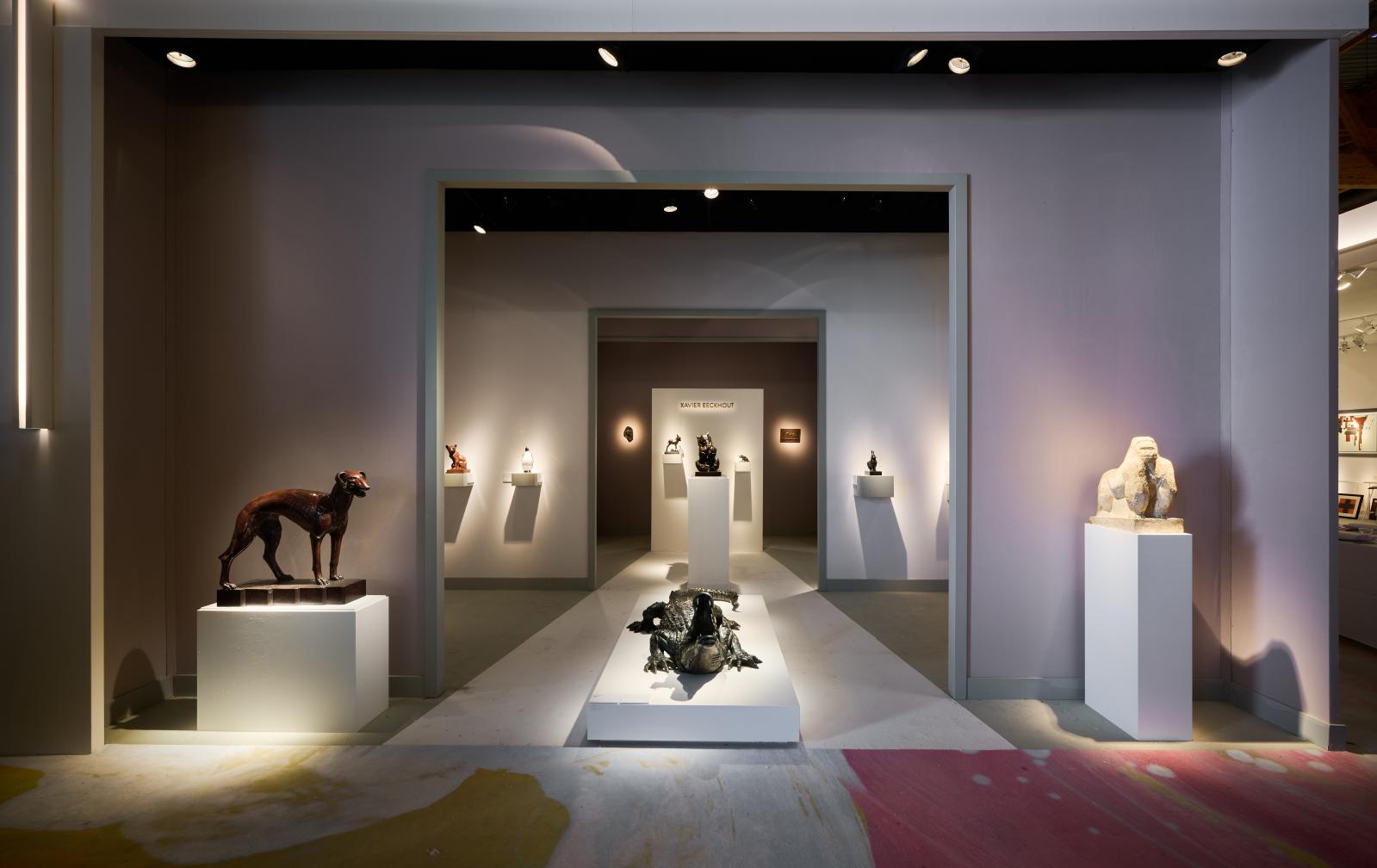 In Brussels, BRAFA, which closed on Sunday 26 June, did well despite a distinctly discouraging context. Returning after a year off in 2021 due to the pandemic, Belgium's largest art and antiques fair had to grapple with strikes and a heat wave. For the first time, after years at Tour & Taxis, exhibitors and visitors found a new venue: the imposing modernist complex of Brussels Expo, redolent of the World Fair for which it was built in 1935 on the Heysel plateau. Though a bit far from the city center, it meant more parking space, a subway ride from the Gare du Midi, the airport close by "and direct access to the freeway, which enabled many Belgians to come from all over the region and further afield," says Paris dealer Xavier Eeckhout. And one final difference was that the fair took place in June rather than January. This meant it was stuck uncomfortably between Art Basel and TEFAF Maastricht, the latter which postponed its 2022 edition to the same period, starting towards the end of BRAFA. As a result, a few of the usual exhibitors defected, including some of the best. While some, like Kevorkian, Didier Claes, De Jonckheere and Eeckhout, worked hard to be present at both events despite the tight timing, around ten dealers did not show up, among them major figures like Steinitz, participating in TEFAF for the first time. Various heavyweights with customer appeal were also absent, like the Belgian Guy Pieters, who usually has a huge stand of contemporary art, and the modern art specialist La Présidence (Paris). Eclecticism, BRAFA's calling card, was still the order of the day, with a wealth of specialties, but everyone noticed the fair's distinctly more contemporary profile this year. To fill the gaps and get to 115 exhibitors—already 15 fewer than usual—the organizers largely called on post-war and contemporary art galleries. Newcomers included the Zidoun-Bossuyt Gallery from Luxembourg, which focused on the African-American artist Summer Wheat; its colleague Nosbaum Reding from Luxembourg, which also recently moved to Brussels, and QG from Knokke, which brought one of Donald Judd's "Woodblocks" from 1989 (€150,000), and a scarlet work by Gilbert & George from 1988 evoking the tragedy of HIV (€160,000). Despite this shift, BRAFA remains one of the few fairs providing a wide variety of works, whether to add to a collection or adorn the home, ranging from reasonable prices up to several million—as with The May Pole, a kermesse scene by Bruegel the Younger at De Jonckheere, which also offered an important Delvaux. Floris Van Wanroij Fine Art sold a 17th century Christ by Flemish sculptor Jan III Van Doorne to the Rijksmuseum in Amsterdam. Xavier Eeckhout did well, too, selling at least six sculptures for between €45,000 and €60,000, notably by the brothers Jan and Joël Martel and Armand Petersen. Francis Maere, a major figure in Ghent, had a highly successful stand devoted to Eugène Dodeigne. In the first few days, Maruani Mercier sold 14 paintings by BRAFA’s guest of honor Arne Quinze, ranging from €50,000 to €125,000. Meanwhile, Didier Claes quickly parted with a Nkisi Songye figure from Congo. “I had come with modest ambitions given the context," says Indian art specialist Christophe Hioco. “But despite a marked drop in attendance, we had a good reception. Our customers, Belgians and a third from France, were really happy to be there." So make a date for 2023—in January, if all goes well!